Not only are the Dutch still the tallest race in the world, they also hold the title for having produced the tallest documented woman to have ever lived, Trijntje Keever, 2.54 metres, at 17 years old.

tallest documented woman to have ever lived … at 17 years old

Also the tallest documented woman to die at 17 years old!

Not surprising, the ladies there are noticeably taller than elsewhere. I’m small, but they probably thought I was a midget over there.

Went night clubbing with a couple of dutch girls in Athens back in about 1990. The shorter one was 6’4". Made me feel rather small at 5’10"

At least everyone stopped screaming before this call happened.

The Academy should teach them not to make typos in the first sentence. 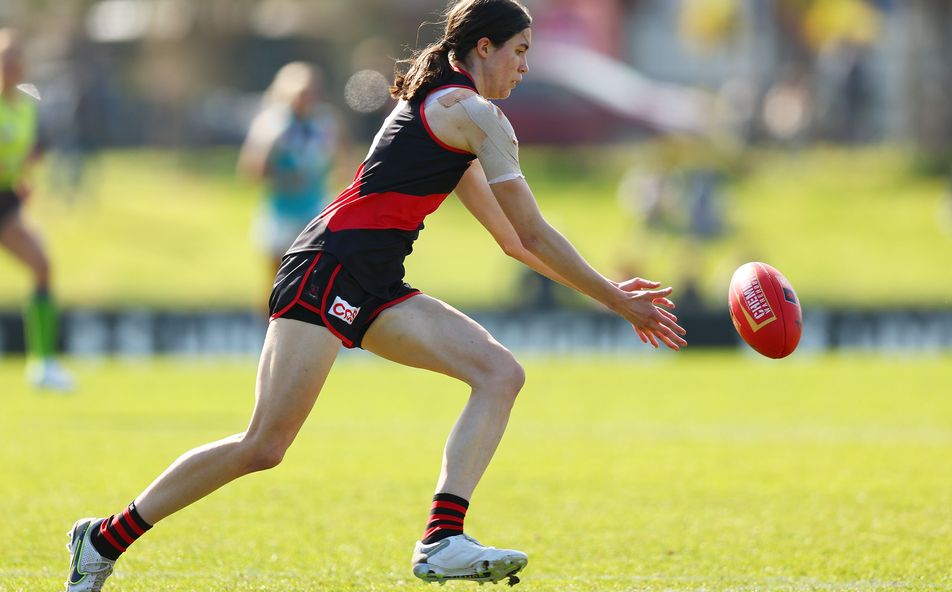 That was the age of Mia Van Dyke as she took the field for the Dons last Saturday night, claiming an AFLW record as the youngest ever player in the league’s history.

It was a momentous occasion for both club and player as the Bombers celebrated their inaugural victory in the competition, but the humble Year 12 student has been taking it all in her stride.

“I honestly had no idea about the record until I got a text from a mate and saw it pop up on Instagram, I was like ‘what the heck?,’” Van Dyke said.

“Coming to school after the game was interesting with everyone coming up and talking to me. It’s also a bit weird because you don’t want to be in the spotlight too much, but it is nice for sure”.

Since joining the Bombers via pick No.35 in the 2022 National Draft, the 176cm utility has developed nicely to earn her round one debut, standing tall on multiple occasions against a dangerous Hawthorn forward line.

Despite the evident personal pride attached to the match, Van Dyke was humble in acknowledging the important efforts of her new teammates.

“I just felt honoured. I know it’s just an age, but it was still nice to be recognised. At the end of the day, all these girls are still putting in the same work – it just happens to be that I was born a little later,” Van Dyke said.

The Geelong Falcons product started her promising career playing juniors with the boy’s sides at Modewarre until the age of 15, before eventually showcasing her talents through the Next-Gen Academy and NAB League ranks.

What made Van Dyke’s debut even more special was the family ties she shares with the Bombers, with her grandfather Mervyn Williams representing the reserves throughout the 1950’s prior to tallying seven games with North Melbourne in the VFL.

Van Dyke has shared the majority of her football upbringing alongside current teammate Ash van Loon, citing her influence as a calming factor in the adjustment to AFLW standards.

“We’ve come through all the programs together. She’s a good leader and just a great friend in general. I feel like we’re really close and I love having her around the club with me,” van Dyke said.

A contributing factor to Van Dyke’s impressive rise has been her early exposure to senior football. Fresh off seven games for Geelong’s VFLW side last season and a top-10 finish in their best & fairest, she has been embracing the jump into debuting in front of over 12,000 people on the weekend.

“I feel like I’ve adapted alright. The first game was definitely a bit of an eye-opener and there were some nerves, but we train with girls who are just as big and fast, so that helped me out as well,” Van Dyke said.

“I was so proud of how far women’s football has come to generate a crowd like that. At times in the game I felt I was just playing footy, but even stopping to hear the crowd roar after a big goal was a ‘woah’ moment in itself for me.”

Van Dyke and the Essendon young guns will be in the action as the girls look to continue their winning ways against Carlton on Sunday morning.