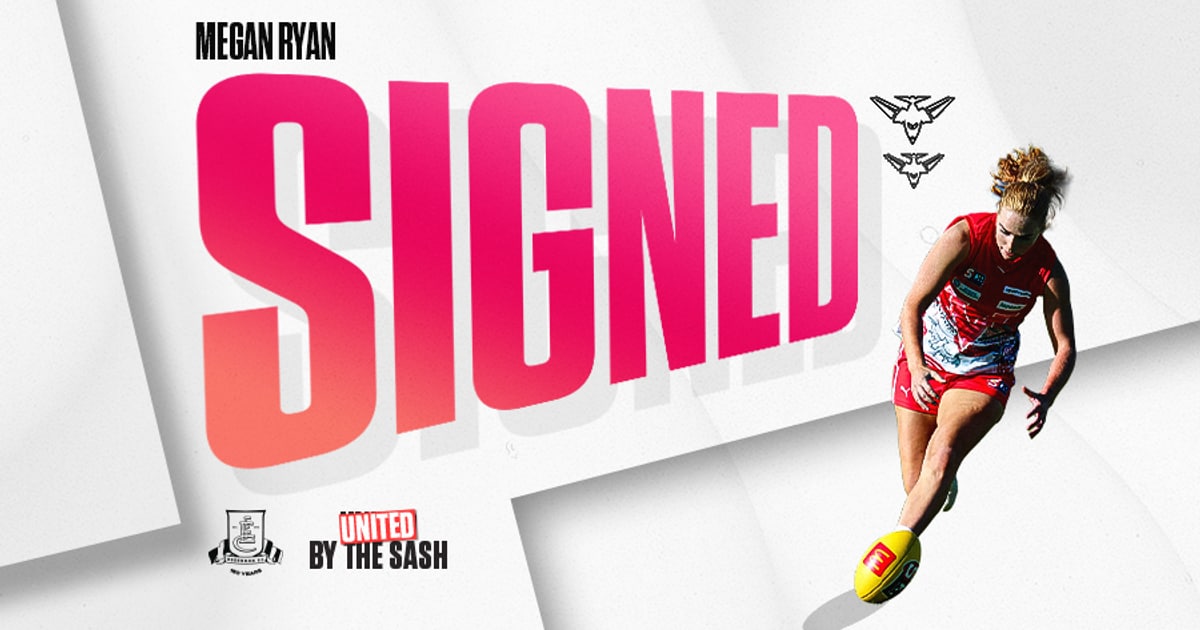 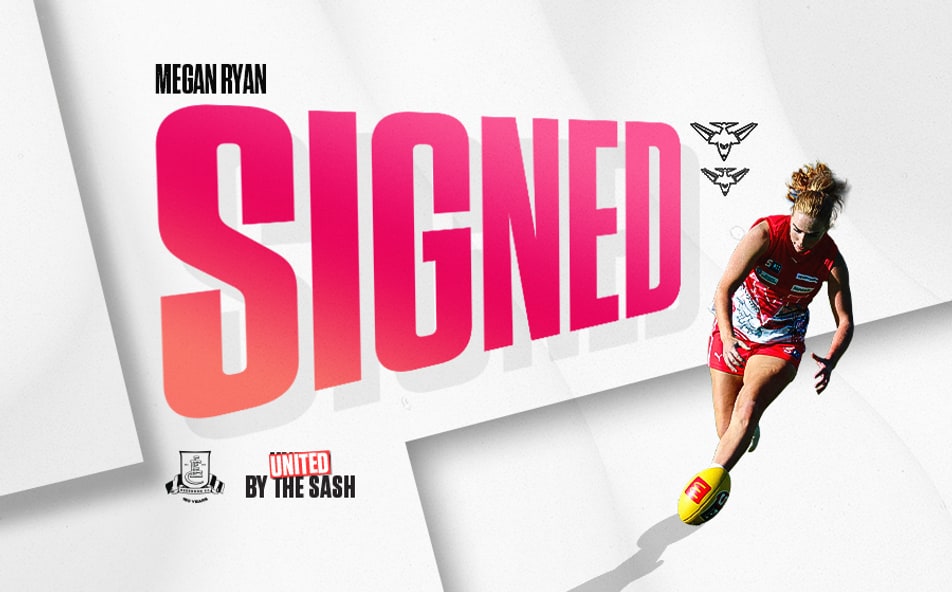 The Essendon Football Club is pleased to announce the signing of North Adelaide’s Megan Ryan to its inaugural AFLW team.

Ryan joins the Bombers as a ruck following Jorja Borg’s season-ending foot injury, with the club moving her to the inactive list.

Growing up in Roscrea in Ireland, Ryan played camogie before switching to football when she moved to Australia at the start of 2019.

Ryan started her football journey in Broken Hill before moving to North Adelaide in the SANFLW for the 2022 season.

The robust ruck played in North Adelaide’s victorious Grand Final, where she also kicked a goal.

AFLW Contract Manager Georgia Harvey said the club was thrilled to have Ryan join the Bombers.

“Whilst it’s disappointing for Jorja to miss the season, this is another great opportunity for a player to represent this football club in our inaugural year,” Harvey said.

“Meg is a strong and competitive player who recently played in a premiership with North Adelaide in the SANFLW and we look forward to welcoming her to the club.”

26yo and 180cm, 12 games at Nth Adelaide. Stats in link below (hit-out stats not provided!) indicate she can absolutely get the ball (average of 15.3 disposals and 4.6 clearances). 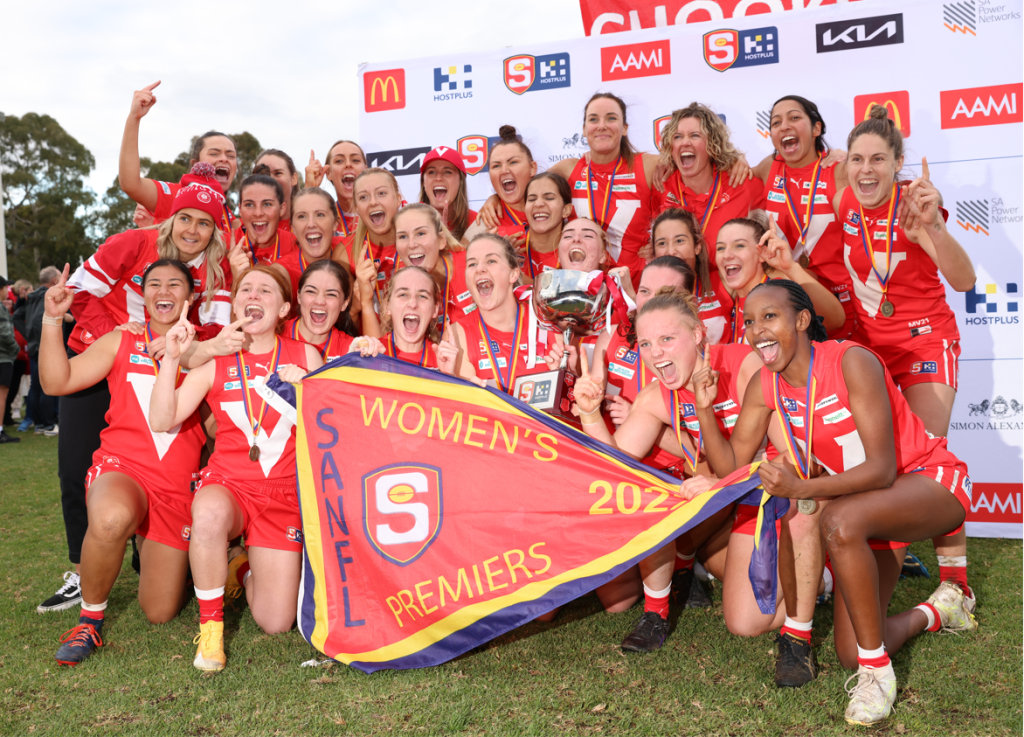 At least we ended up with a 2022 premiership ruck who kicked a goal in her grand final. Also had 22 (!) disposals, a few more than Sim… 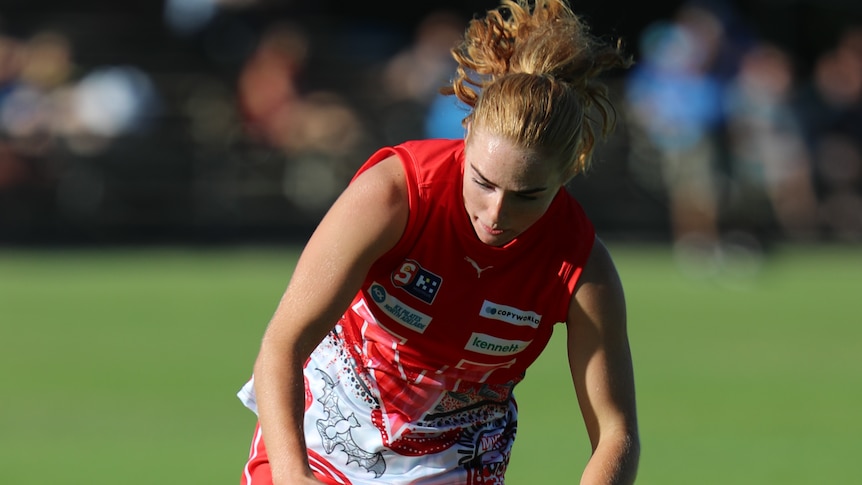 Budding superstar: From Ireland to SANFLW in less than a year

Less than a year ago Meg Ryan was working as a NDIS support worker in Broken Hill. The 26-year-old had never handled a Sherrin before, let alone set foot on a footy field. Less than 12 months ago Meg Ryan was an NDIS support worker and gym manager in Broken Hill.

The 26-year-old from Ireland had never handled a Sherrin, let alone set foot on an AFL field.

Fast-forward a season and she’s an emerging midfielder in North Adelaide’s SANFLW side.

Since joining the team a couple of months ago, “Mego Lego” as Steen and her teammates call her, has improved out of sight with her skills and fitness.

But not only this, she’s come out of her shell as well — and become one of the team’s most beloved team players.

“Her first session, she was very quiet … It’s like there’s a completely different person now because she’s loud and hilarious, and a bundle of energy and she’s absolutely adored,” she said. Making the leap to SANFLW has been tough, with players expected to run more than 30 kilometres a week at training. (KD Footy Photos: Kurt Donsberg)

Ryan spent last winter playing for South Broken Hill, in the local women’s league in far western New South Wales, before being spotted at the SA Country Champs, playing for the Northern zone.

"They approached me after the final and asked me if I’d be interested in playing with North Adelaide … and at the time I didn’t really take any notice of it.

“They rang again maybe a month later … and I said, ‘Yeah, why not’. I just made the move down to Adelaide … and here I am now,” she said. Meg Ryan (second back left), Rebecca Deer (fourth back left) and Hannah Muscat (second back right) were all asked to join North Adelaide after the side won the Country Championship. (Facebook: SANFL)

Despite catching COVID and missing the first two rounds of the season, Ryan’s aggressive playing style makes her one to watch moving forward.

“One of the coaches said that too me yesterday, he said, ‘You’re so nice, then you step over the white line and I’m terrified of you’.”

Her head coach believes if she continues her current trajectory she could push for the highest level.

“I’m not actually sure if the AFLW do a rookie pick … but if it was, I would imagine she would be the type of player they would definitely be looking at,” said Steen.

For now, the 26-year-old is enjoying living in Adelaide and is taking it game by game.

“I’m extremely happy that I made the move,” said Ryan.

She was named as rover for the Grand Final? 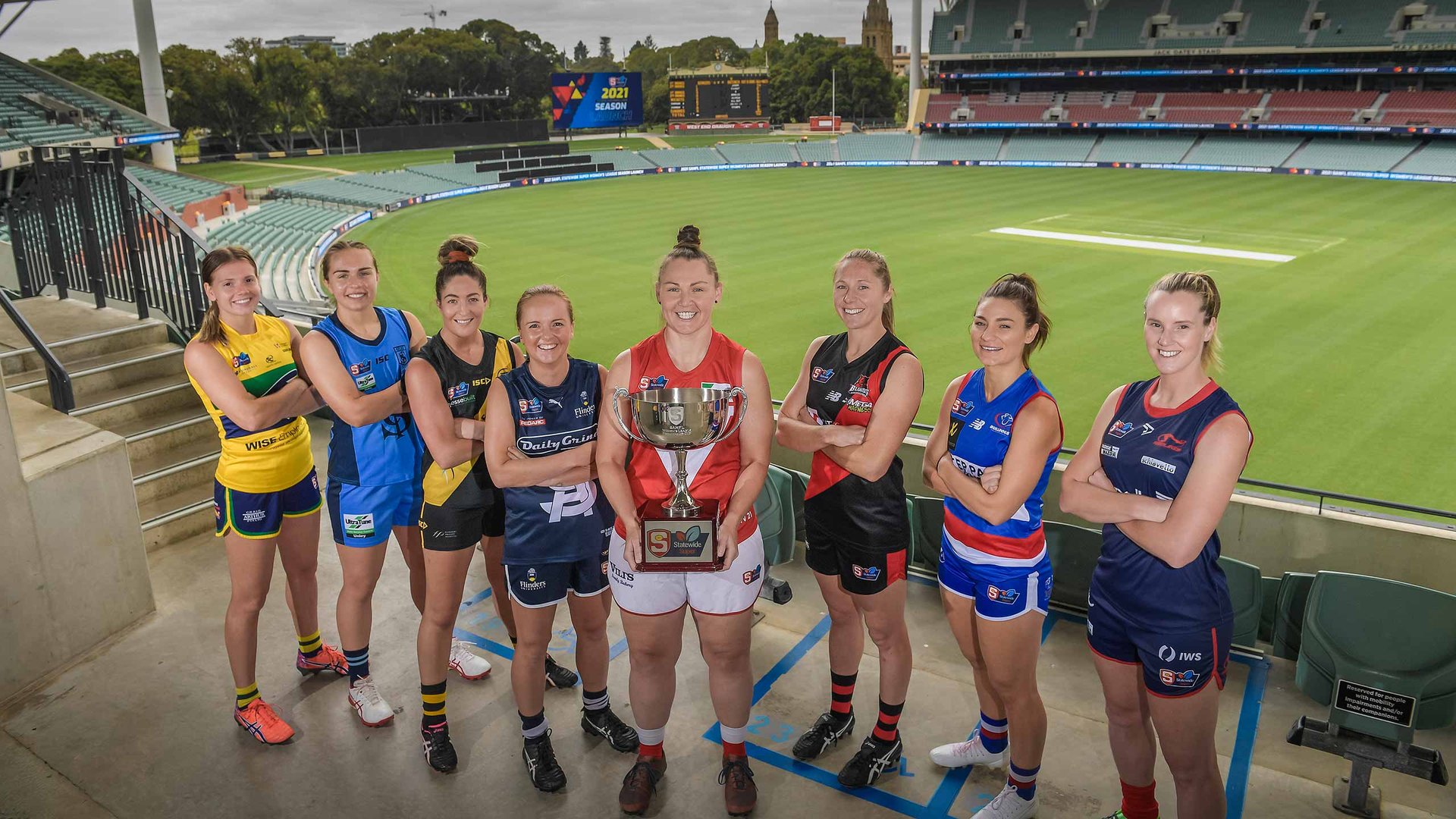 Name: Meg Ryan
Jumper Number: 44
DOB: 13/12/1995
Height: 180cm
Position: Yet to be determined
Nickname: McGoin / Ryan
What is your Original Club? South FC Broken Hill
Match day motivation song? Whatever it takes - Imagine Dragons
What is your field of work and/or study? Disability / Fitness
Funniest team mate? Definitely not Castle, probably me.
What player in your team do you reckon is going to set the competition alight this year? Jaimi Tabb
What do you enjoy doing outside of football? Taking long walks on the beach
AFL/AFLW team you support? Brisbane Lions
What Superhero would you like to be? I am my own superhero
Something you could not live without: My retainer
What is your favourite holiday location? Barcelona

RookieMe stats confirms she does ruck:

Knows how to cheat and get away with it! 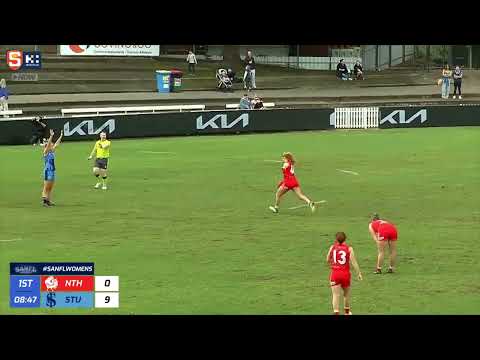 Go to 26:00 in to hear her interviewed after the Grand Final and “hitting a few cocktail bars”. Runs for the next 26 minutes. 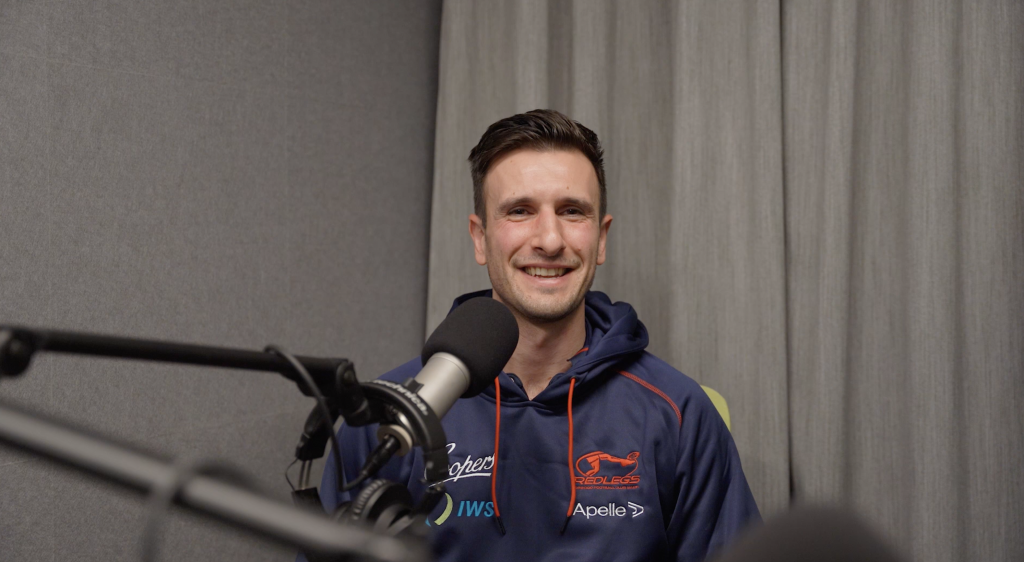 Says she loves the “tough stuff”.

She played the female version of hurling (Camogie). She’s a long way from Tipperary now. Camogie (/kəˈmoʊɡi/ kə-MOH-ghee; Irish: camógaíocht [kəˈmˠoːɡiːxt̪ˠ]) is an Irish stick-and-ball team sport played by women. Camogie is played by 100,000 women in Ireland and worldwide, largely among Irish communities. A variant of the game of hurling (which is played by men only), it is organised by the Dublin-based Camogie Association or An Cumann Camógaíochta. The annual All Ireland Camogie Championship has a record attendance of 33,154, while average attendances in recent years are in the...

Only just found out drop punts are meant to spin backwards… done a few torps accidentally.

Likes Australians because we’re “chill” and “like a drink”.

Mum freaked out at a “20 hour road trip” from Sydney to Broken Hill.

Not a fan of snakes.

To quote the article: “playing as a ruck who doubles up as a” … wait for it … Meg Ryan, North Adelaide’s Irish recruit from Broken Hill football, and her Roosters teammates have finished the regular season as SANFL Women’s minor premiers despite losing their final game of the regular season.

Meg Ryan, North Adelaide’s Irish recruit from Broken Hill football, and her Roosters teammates have finished the regular season as SANFL Women’s minor premiers despite losing their final game of the regular season.

Ryan, who wears the number 44 jumper, has been a consistent performer for North since she broke into the team in round three.

“She’s a coach’s dream. Always prepared to do the work and follow instructions.

“Across the entire SANFLW competition, Meg is fifth in clearance and when you consider she is actually doing the ruck work, that makes it even more impressive.

“Unfortunately, she didn’t get to do much of our pre-season and with her improvement throughout the 2022 SANFL season, if I was an AFLW club, I’d be taking a punt on her.

“She has so much upside.”

Ryan has averaged 14.5 possessions a game across this season, along with averaging 12.3 hit outs a match playing as a ruck who doubles up as a big-bodied midfielder.

Robust in the contest, Ryan has enjoyed “double figure” disposal counts in nine of her 10 games, including season-high 19-touch games against Norwood in round six and South Adelaide in round nine.

In the round 10 fixture against Central District, Ryan collected a massive 33 hit outs and eight clearances.

“Her versatility is one of her major weapons,” Darryl Wintle, North Adelaide’s Football Manager, explained.

“Meg is capable of playing in ruck, as a big-bodied midfielder or up forward.

“Ferocity at the contest and love for a battle are other strengths she possesses.

“She has quickly connected to the group and adapted to the workloads of a SANFLW footballer.

“Meg is prepared to do the extras required.

“She needs to improve some of her footy IQ and understanding of her roles to be considered at the next level.”

Also replenishes our ginger hair playing stocks, so I approve

@aflw_ireland
WOULD YOU BELIEVE IT!! Make that 22☘️ Huge Congrats to Megan Ryan who has been signed by@essendonfcw just days before@aflwomens 7.0💚 Megan, a former@camogietipp player originally from Roscrea has been in Australia since 2019 AMAZING💚 @AFLBrokenHill@NorthAdelaideFC https://t.co/fYr9AqEeeK 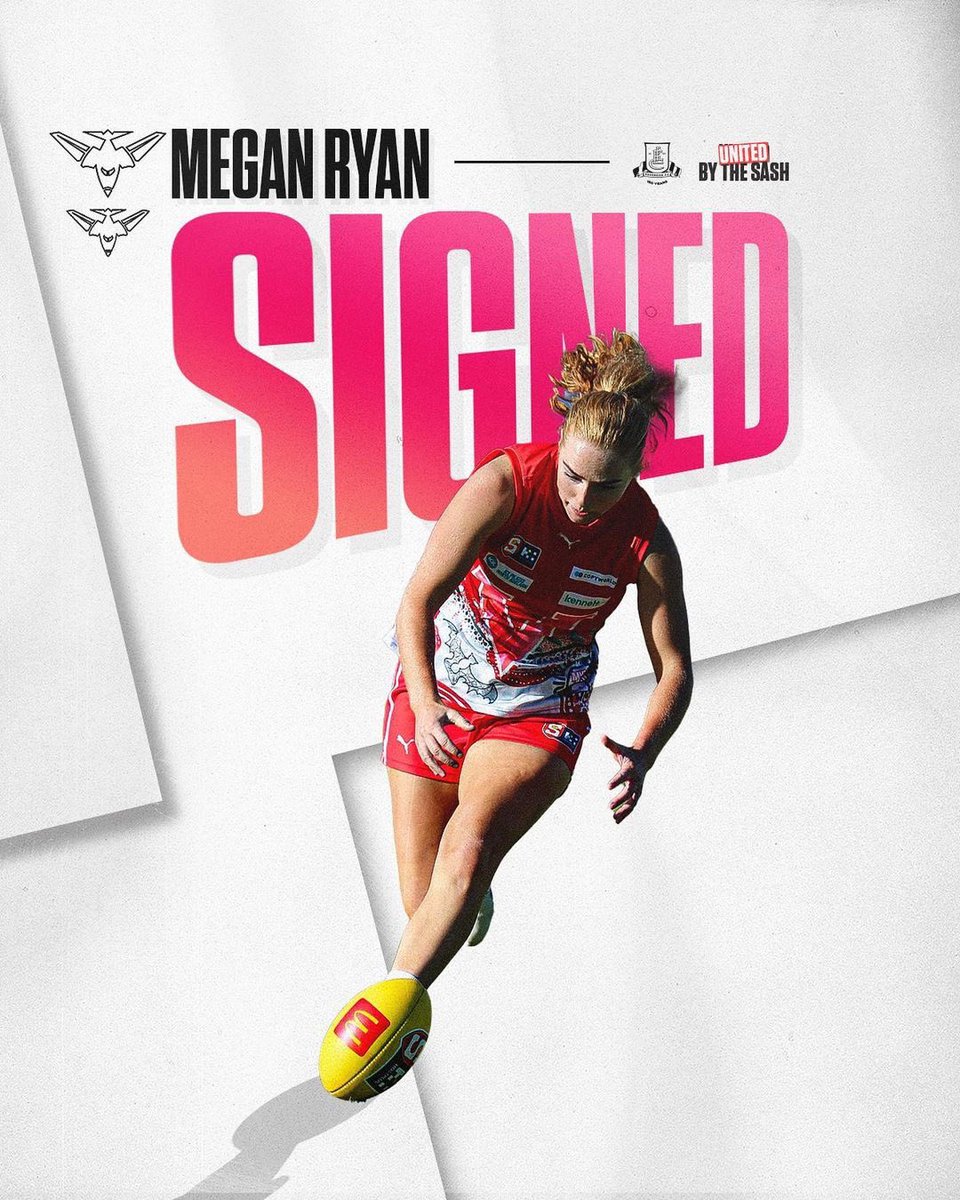 I’ll have what she’s having.

@essendonfcw
First night on the track at the NEC Hangar. Welcome, Megan. https://t.co/iK6D1TaWsK 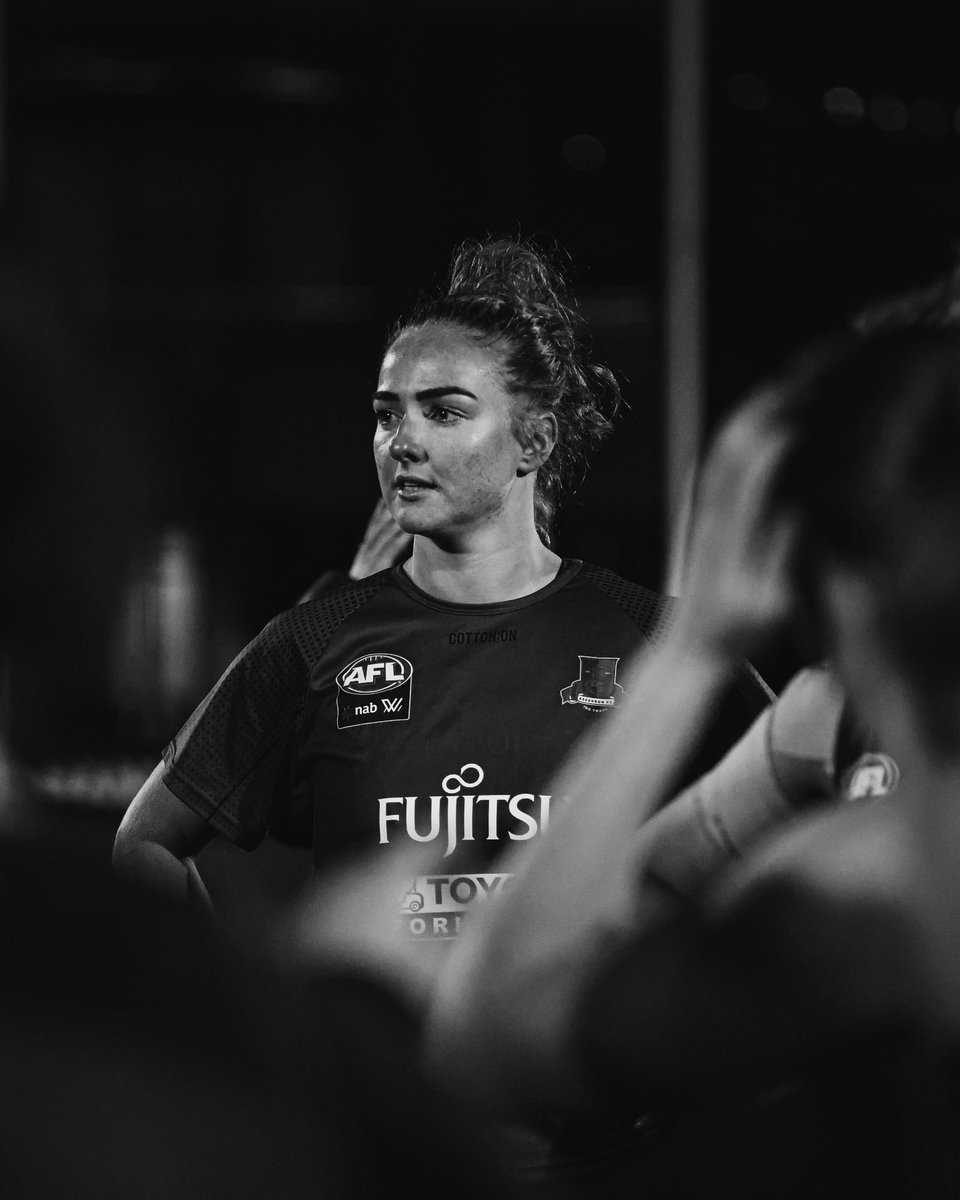 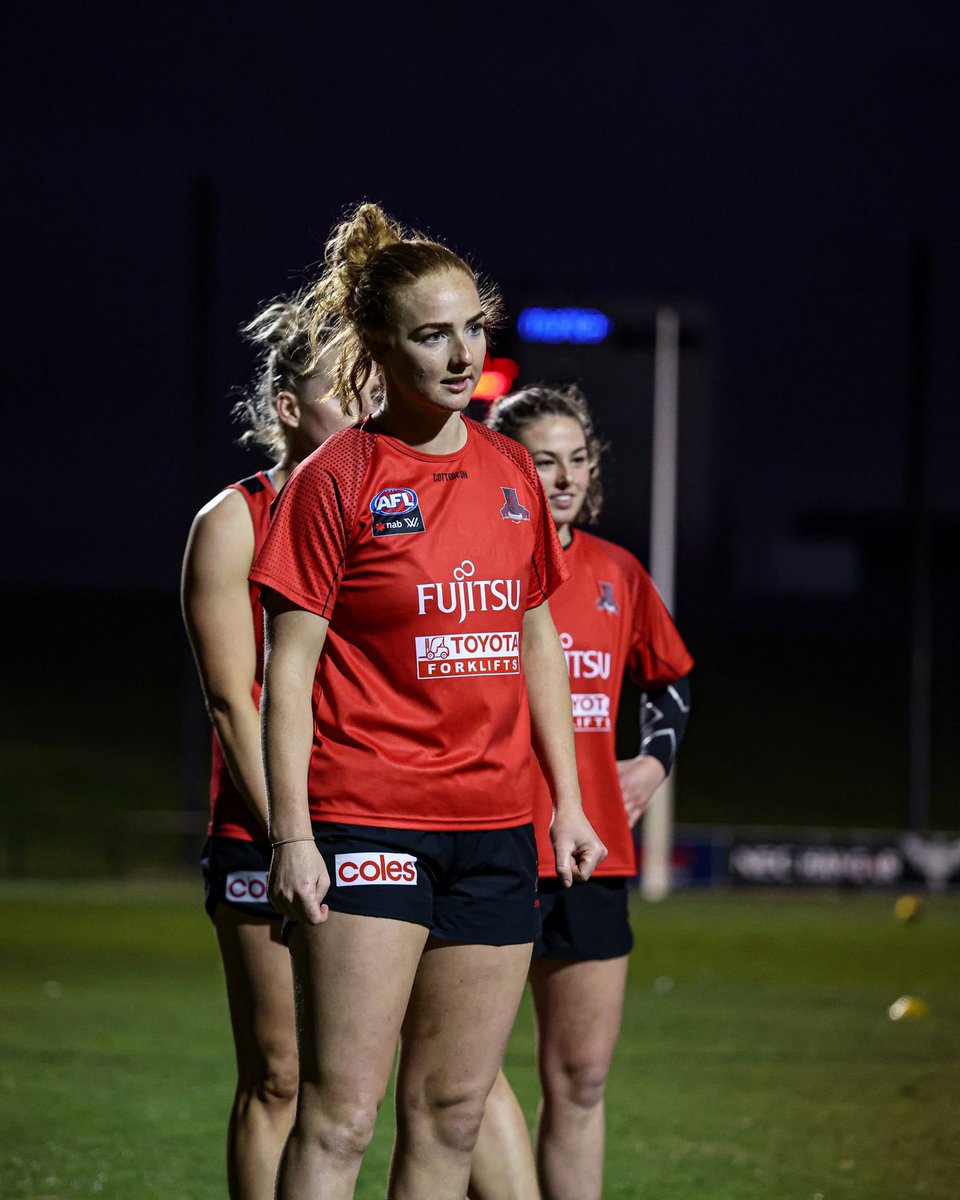 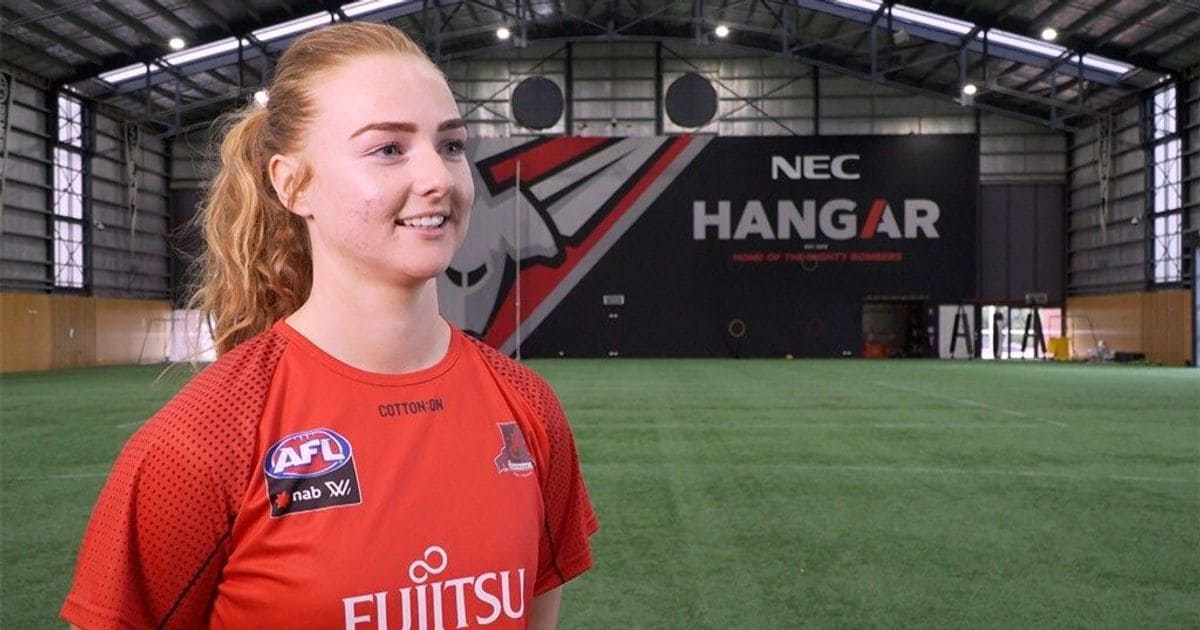 We chat with new Irish signing Megan Ryan about how she accidentally came across football and her surreal journey into AFLW.