I apologise for posting an article from that publication but thought this was worth reading. 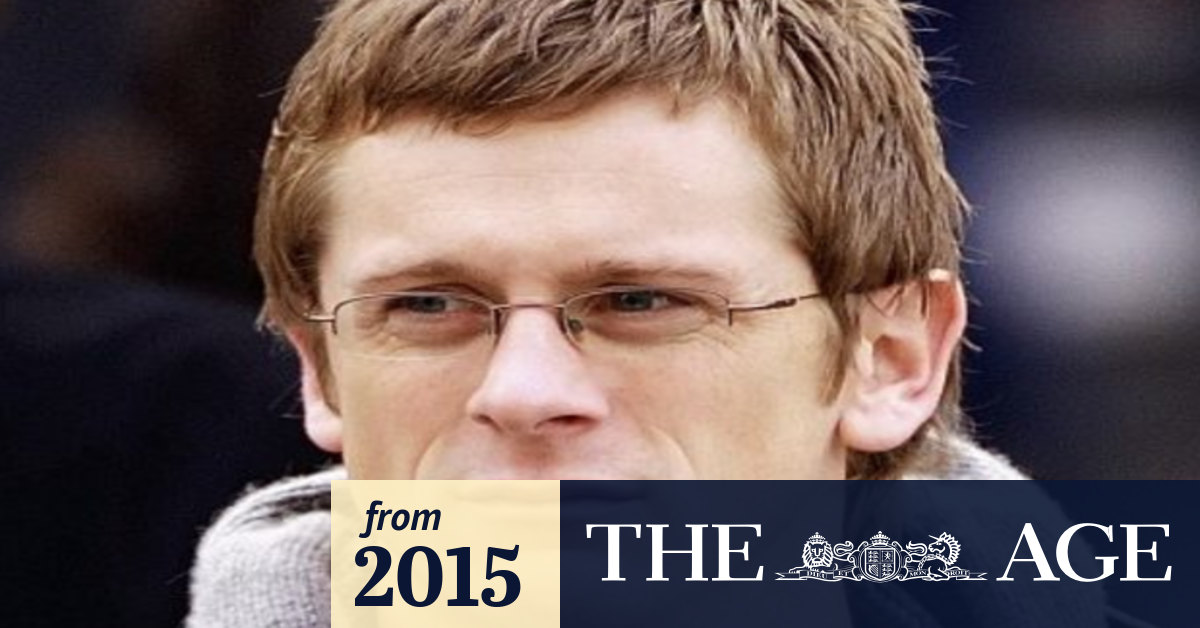 The former Bomber who has led football's part in tackling youth homelessness.

Mark Bolton was in a team meeting with seven colleagues recently, another seven hooked into the conversation via computer, when he realised he had nothing to say. They were covering all bases without him. “There were 14 people who are living and breathing our values, doing the job every day, completely passionate about what we do. I was pretty happy with that.”

And so Bolton is comfortable walking away from Ladder, a great unsung football story that helps 230 homeless young people nationally and has touched many more over its eight years.

The former Bomber says Ladder meets almost to the letter the vision that formed after Joel Bowden, who was still playing for Richmond, and Collingwood’s Paul Licuria asked him to join them on a Salvation Army soup van in 2006. What can football do, they asked themselves? Ladder is their answer.

“We were pretty ambitious,” Bolton recalls of an organisation with football as its DNA, in which current and former players - and elite athletes from other sports - act as mentors for homeless youth, bringing the aspiration and dedication of their craft to young people in need not just of a bed, but a reason to get out of it each morning.

Matt Finnis, St Kilda’s chief executive who with his Tigers counterpart Brendon Gale was integral in Ladder’s birth in their AFL Players Association days, says the volunteer basis of the program is its great strength. This is not footballers ticking boxes such as sponsor appearances - “the polo shirt stuff”, as Bolton calls it. “That’s very different to someone putting their hand up outside their contractual obligations and saying, ‘I want to do that, I want to make a difference’,” Finnis says.

He has just signed off on first-year player Hugh Goddard becoming a Ladder mentor, a responsibility undertaken without fanfare by more than 100 AFL players over the journey who today are “recruited” by former Swan and Bulldog Ed Barlow. After screening and training, each mentor is matched to a client and a relationship builds that is guided entirely by the young person.

“It might be supporting them with their goals, going out for a coffee or just having a kick of the footy,” Bolton says. Aspiration is everything, recognising it’s not about where they’ve been but where they’re going.

West Coast Fever netballer Kate Beveridge oversees Ladder’s Perth operation, the Port Adelaide facility has 23 young people on board, Geelong a dozen after starting fewer than two years ago. In tackling homelessness on behalf of all AFL players, Ladder aimed to have a footprint in every football city, a target it’s set to achieve by 2018.

Gale believes leadership is about seeing a state of affairs and doing something about it. He calls homelessness “a national embarrassment for a prosperous country”, Bolton a “terrific human being” who’s been “a very strong and important leader for our industry”.

Bowden remembers bumping into him at a restaurant in their neighbourhood, a chat that led to a Wednesday night soup van rotation with Licuria, and which soon snowballed into meetings with government, the AFL and the players’ association. Gale recalls the late Joan Kirner hearing Bolton’s vision and telling him to stop dreaming and start acting. Bolton thinks he had the sense to at least wear jeans to their first cap-in-hand meeting with the housing minister. “Joel was in shorts and thongs.”

In no time they had seed funding of about $3 million, success that highlighted the need to tread humbly in a sphere where many good people and organisations had been fighting for scraps of funding for generations. Bolton says there was “healthy scepticism” in the sector: “Who are these footballers coming in thinking they can fix youth homelessness?” They had to earn their stripes.

The clout of the AFL community was an asset to be respected, not gloated over. In Ladder’s first year, the AFLPA committed $10 from every player’s weekly match payment, which by last season had risen to $25. Bolton asked if they’d up it to $35 to provide a fund for on-the-spot causes like Freeze MND and Fight Like Maddie. “No,” came the reply. “We’ll make it $50.”

In an environment obsessed with footballers’ foibles, such stories haven’t been well told. Gale reckons “we probably haven’t shone a light on it as an industry as well as we could have”. Bowden thinks the players involved are wary of being seen as attention-seeking do-gooders. Moreover, Ladder exists for young people whose challenges should remain private.

Bolton says there was a tipping point two years ago where other not-for-profit agencies started approaching them for the common good. Bowden reckons Bolton has been the driving force behind a multi-faceted business with so many partners he can’t name them. In announcing his resignation on Wednesday, Bolton contacted about 50 people across 30 organisations - government, corporate, sporting, a massive network through which he has navigated a path for the past eight years.

His AFL playing career spanned two years longer, and he reckons he spent the first three years after leaving Essendon learning what the game had taught him. Not surprisingly, reflection comes back to Kevin Sheedy, the coach who instilled the positivity and optimism that has marked Bolton’s time with Ladder. "If you had a bad loss it was, ‘What can we learn from that? What have we got to look forward to as a group?’ "

He jokes that breaking the news to his staff - three-quarters of whom have a background in elite sport - this week was something of an ego deflater because they’d learnt that lesson so well. "There were no tears, people weren’t storming out of the room. They all responded like Sheeds would have: ‘Disappointing, but let’s move on.’ "

To what, he’s not sure. He’s excited about Ladder’s future, the opportunity for continued growth with new hands at the tiller. Finnis hails his social conscience, that he eschewed big-dollar private sector jobs to work for the greater good - and to offer footballers a window to an alternative and enriching post-football path. At the Adelaide launch, Gale marvelled at how big Ladder had become. “Really there’s one man, with a coterie of supporters, whose vision has driven this.”

There have been sad stories, tempered by the sight of young people in crisis turning their lives around. Bolton remembers driving out of the Hoddle Street carpark one Friday night, way back, and looking up to see a light on in the apartment that housed the very first young person Ladder took in. The memory will sustain him, whatever he does next.

“That was really special, the result of three years of really hard work by a lot of people. All the strategies we’d put in place, all the meetings, it all became very simple - somebody had a roof over their head that night.”

Will never be Australian of the Year.

He’s better than that.

Will never be Australian of the Year.

He’s better than that.

I once knew people who were nuts about Bolts. I was always “meh” as a footballer. Sheeds loved him. But not surprised, he is a quality human being.

Racist only played well on goodes

Sorry, thought I was in the Ariel Steinberg thread for a moment. And that I was a di_ck_he_ad who thought that all of Ryder’s cheap goals were his fault. And that ‘talent’ equated to good character.

Speaking of Judas, ripper article. Mark Bolton is the opposite of Judas.

Racist only played well on goodes

And life. He plays well on life, every match.

Can the thread title be changed?

Can the thread title be changed?

Nice of you to share… But can we continue the rule of thumb of copy and pastung article into thread. I despise Fairfax media and would preferably not give them the clickbait.

Nice of you to share.. But can we continue the rule of thumb of copy and pastung article into thread. I despise Fairfax media and would preferably not give them the clickbait.

Thank you for posting this. Top bloke.

Not only that, but he’s shamelessly completely stopped the much higher rated Adam Goodes from doing any community work at all.

I once knew people who were nuts about Bolts. I was always "meh" as a footballer. Sheeds loved him. But not surprised, he is a quality human being.

still have the banner that bombersforever made somewhere

I once knew people who were nuts about Bolts. I was always "meh" as a footballer. Sheeds loved him. But not surprised, he is a quality human being.

still have the banner that bombersforever made somewhere

Me too. Heard him speak a couple of times at Windy Hill functions - really nice guy and a loyal Essendon man. Never dropped his head and played as hard as he could.