Australians are usually quick to throw mud at athletes from other countries but are in disbelief when one of our own gets caught.

I love the ones who in particular slammed Essendon for years and years (and still do) yet are calling for calm and patience with Bol.

“Innocent until proven guilty” (with this B sample) - umm OK…

Let’s see what humans are actually capable of

I have extremely low expectations when it comes to a majority of people in this country and even the mere mention of drugs in sport.

Odds are he’s guilty, but the testing for EPO is not anywhere near as accurate as I thought it would be. 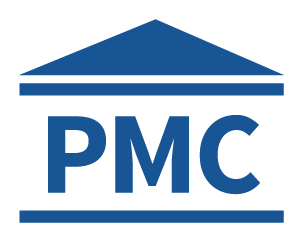 Sensitivity and specificity of detection methods for erythropoietin doping in...

Recombinant human erythropoietin (rHuEPO) is used as doping a substance. Anti‐doping efforts include urine and blood testing and monitoring the athlete biological passport (ABP). As data on the performance of these methods are incomplete, this ...

Except that the contaminated meat excuse is actually real for some clenbuterol positives - Federations to safeguard their athletes will not allow them to eat meat when competing in some countries - Not that this has any relationship to the BOL EPO case.

Aww he got caught. Bad luck, ■■■■ coaches around him for it to be still in his system. Not like everyone else doesn’t do it….

My understanding was that country was mostly China - not sure there have been many international athletics meets there in the last couple of years.

South American (particularly Mexico) meat is notorious for it.

Know i shouldn’t have edited it haha.
Had South American by itself then remembered that a bunch of +ve clen cases come out of Mexico a few years back that were (mostly) traced back to contaminated meat.

I see Peter Larkins has chimed in. I am so triggered about PEDs and media reporting these days that if Larkins commented on Lance Armstrong I’d be inclined to believe that Armstrong had been shafted by the media and WADA…

Liam Adams is a plumber

Given the number of testing Bol has had this year 27 times, maybe he was showing higher levels and he was getting target tested. EPO naturally occuring as well.
Was chatting to a former Aus rower this morning and he said that one time he forgot to update Asada of his whereabouts and he got read the riot act.

It is funny, given Bol aussie first thought is hes innocent.
If it was a astana cyclist or someone from kenya in athletics would assume they were likely guilty.

Given the number of testing Bol has had this year 27 times, maybe he was showing higher levels and he was getting target tested

Apparently it goes through the system quickly, so the -ve tests don’t mean much, but perhaps they were targeting?

There was mention of the biological passport as well, which measures variables over time.
I suppose that is useful for endogenous substances. Remember Ian Thorpe coming under suspicion for testosterone levels?

To be fair it’s just odd to have a track athlete with any sort of profile.

He might get stripped of the medal that he didn’t quite win.

Bio passports are intended to pick up blood doping.

Arguing contamination is really his only defence. Apparently someone has successfully argued sabotage (someone wiped EPO containing gel on them, which absorbs through the skin) as the contamination route. But more likely, he did it.