This is for announced retirements and delistings. Please keep any discussions centered around the guys who are officially leaving, and not around who might leave, or who you think should leave.

This is meant to be a list of players who have officially left, are delisted, or re-signed. I’ll try and keep it updated so people know what has happened and our current state of play with list spots.

Note: 3 senior list spots must be used on drafted players or rookie promotions. Long has been promoted so we need two more. As we have more than 2 (+Long) senior list vacancies we can use any extras on rookies instead of taking senior listed players (e.g. have a list of 38 + 6 instead of 40 + 4 for example).

Note 2: At the moment, the only players with uncertainty around their future is: Josh Green

AFL site has a tracker for all clubs

Keep track of who's hanging up the boots, who's moving clubs and who's been given the pink slip with our comprehensive club-by-club listing

Updated the OP for Stanton’s announcement.

By my count there are 5 more players we are awaiting information on.

McNiece still has 2 more years as a Cat B Rookie doesent he?

Would be very surprised if Green doesent get offered another year. hes very underrated.

Has Smack been given another year?

According to the Blitz McKernan thread… yes.

McNiece still has 2 more years as a Cat B Rookie doesent he?

Would be very surprised if Green doesent get offered another year. hes very underrated.

To my knowledge McNiece only had a 1 year contract. I haven’t yet heard that it has been renewed. I do believe that we can keep him on the Cat B rookie list for a further 2 years.

So when we sign a rookie or Cat B, they can be signed for 1-3 years? i thought that rookies just had an industry standard 2 year contract and cat B’s a 3 year contract.

Rookies industry standard 1 and I think it’s actually impossible to sign them for longer (kind of defeats the purpose of the rookie list, it’s not designed for retaining talent). Cat B I had an idea you could give Irish etc maybe longer for semi obvious reasons? Paging @SplitRound

Apparently Morgan hasn’t been told one way or the other yet.
Hope he gets 1 more year, even if that’s only on the rookie list as he showed a bit in the last few games.

Hocking is putting his hand up to be picked up by a new club.

Gold Coast should be getting this bloke. Someone that has busted his gut for every minute of every game he has played. Never taken a minute of it for granted. Puts his head over it, and does everything that’s asked of him.

On his footskills alone, McNiece should get another year.

heard today from a customer that comes into my place of business that his son is going to be listed as a rookie with us. jacob brown plays for the hepburn/ballarat rebels.played with mccluggage and… eades 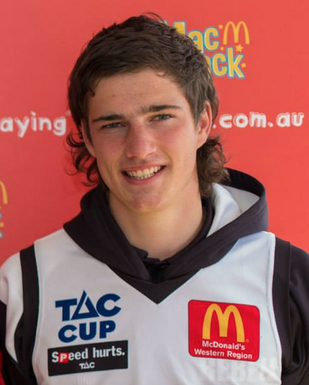 NEWS | Rebels looking to block the run of the Chargers

This Saturday the Rebels take on the 6 th placed Oakleigh Chargers at Eureka Stadium with the game set to get underway at 11am as a curtain raiser to the North Ballarat Roosters clash against Coburg...

GC don’t deserve him, they should just fold and give us their good player.