Battlers and plutocrats: How political connections reward Australia’s super-rich
OPINION
By Paul Frijters and Gigi Foster
Posted about 7 hours ago

Research reveals a huge proportion of Australia’s richest people amass their wealth via political connections rather than via innovative businesses - which is helping them at the expense of everyone else, write Paul Frijters and Gigi Foster.

The Washington Post ran an article last week reporting that 65 per cent of the richest people in Australia had amassed their wealth via political connections rather than via innovative businesses.

Is Australia really such a plutocracy? Our own research, using different empirical methods, agrees with the conclusions reported in the Washington Post.

In fact, we put the figure closer to 80 per cent, making Australia potentially on par with Colombia. The authors whose research was reported in the Post only counted wealth that was visibly obtained via political connections, which may explain why their number is slightly lower than ours.

Our method was to look at the industry of operations of the 200 richest Australians on the BRW list. Based on the rich list from 2009, we reported the following finding in our paper:

Over 80 per cent of the wealthiest Australians have made their fortunes in property, mining, banking, superannuation and finance generally - all heavily regulated industries in which fortunes can be made by getting favourable property rezonings, planning law exemptions, mining concessions, labour law exemptions, money creation powers and mandated markets of many stripes.
Looking in more detail at the life histories of these people, none of the 200 richest Australians in 2009 looked like Bill Gates or Warren Buffett - namely, innovators who made their money by inventing, producing, or distributing cheaper products bought by millions.

Instead, the list abounded with mining magnates who enjoyed favourable government concessions; CEOs of superannuation funds who personally benefitted from government guarantees locking hundreds of thousands of people into doing business with them; banking and finance CEOs who received government guarantees and favourable legislation; and - the largest group of all - property developers who rely on rezoning and other favourable political decisions.

As the research reported in the Washington Post suggests, Australia’s plutocracy has severe negative consequences for the rest of the economy.

Similarly, Cameron Murray calculated that some 60 per cent of the increases in house prices following rezoning in Queensland flow to politically connected developers, which can be seen as a direct tax on the rest of the population, who would otherwise benefit that much more from rezoning.

The story is the same when it comes to high bank fees, high mortgage costs, high school fees, high health costs, high legal costs, high administrative burdens in various sectors, and high food prices: in each of these cases, political capture by a small group (such as university administrators, over-paid medical specialists, and bank CEOs) enables these groups to divert disproportionately large margins of our society’s economic surplus to themselves. In short, the economic power derived from political connections in our society makes life for the unconnected much more expensive than it should be. The end result is a few who get special favours, and a vast majority who are kept poorer and less educated than they should be.

And the plutocrats are still winning, on both sides of politics. The last budget could have been written by the super-rich and the Treasurer is already making noises about more income tax cuts that will predominantly favour the rich.

The tragic part is that solutions are available. For example, we could legislatively limit the salaries of all workers whose income depends largely on the state, using a benchmark like the PM’s salary as a cap. This would take away the honey pot created when the system makes it possible for the well-connected to achieve control of state-favoured institutions, and would force creative people to make their money competitively rather than via free-riding on the state.

Another avenue of reform would be to establish a national public bank that makes direct, cheap, minimal mortgage loans to the population, replacing the current system where the Reserve Bank lends cheaply to a few private banks who then lend expensively to the population.

Seeing what should be done is not the hard bit. The hard bit is the politics. Solutions like those suggested above will be bitterly resisted by the plutocrats who personally gain so much from keeping the population ignorant of their parasitic feasting.

The first step is to get the population to wake up and realise the massive degree to which they are being fleeced, and to feel outraged because it does not have to be this way.

I’m not sure I agree with some of the proposals by these Professors, but I believe we should be having a conversation about the influence some rich individuals have on a) politicians (on both sides of the house) and b) the effect this has on our economy, especially encouraging inefficient investment, usually tax payers’ money.

Wow, that analysis is startling. It is what many of us suspected but did not think the situation was as bad as that. Whether you agree with the Professors (AUS @ ~80% = Colombia) or the Washington Post’s 60% figure, it is an indictment on this country.

Just for some other news, you would not have heard this on th east coast (and it is not really mainstream here) but the public Water Corporation has sold for $10M an asset to a company on which the Water Corp Chair is a Director.

The catch is that “asset” is effectively a string of contracts worth $140 million over 3 years. Who would not want a juicy profit of $130 million for their investment? $40 million a year is not too shabby. If you don’t believe me, check it out on the ASX website. That company is spruiking their impending profits.

The Tories of course have rubber-stamped the deal and say it’s all fine.

Gerry Harvey has been at the forefront of the now successful push to impose GST on all online purchases supposedly because of the devastating impact on his competitiveness and the future of his business.
Well the Harvey Norman group have just announced “its second year of double-digit profit growth as the housing market boom boosted sales at its stores…store sales leapt 4.6 per cent, confirming what was seen in results from JB Hi-Fi, Woolworths Holdings from South Africa (the owner of David Jones) and the retail businesses inside Wesfarmers” 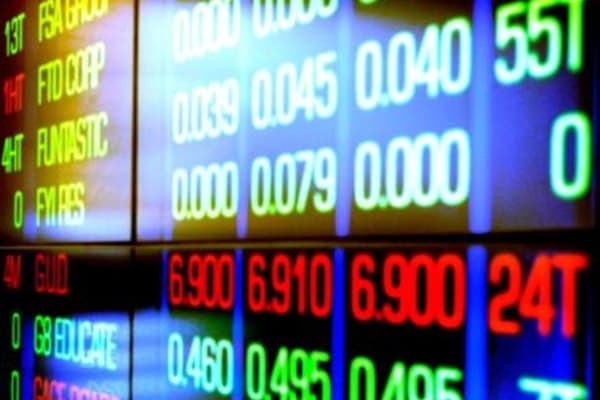 Energy stocks and the big miners lead a broad rally.


Something doesn’t seem to quite gel there but at least I know I’ll be helping out poor old Gerry when they start to sting me 10 percent plus collection costs for goods that aren’t even available here.
Bacchusfox August 28, 2015, 4:42am #9

Must be my face, I keep waiting for the brown paper bags full of money, but it never happened.

I try to forget about that

Money talks. You need to be able to grease palms.