You should shave your head, join the club.

"You tell all them farkheads on blitz he's "copped a knock"

Little: and then we self reported. 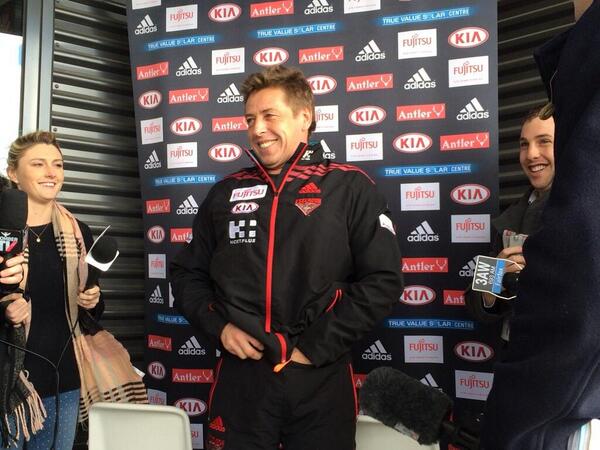 And so Marketing came to me and said what's next year's slogan, and I said "Go with what Reidy told the AFL".

Rieedy your phone was on silent last night. James rang me instead and told me he had frogs legs for tea, and now he's  jumping all around his hotel room. He wants you to ring Cochran to translate to a french chemist what to take to stop jumping.

*well thats all I can see

"And once we get it all thrown out, we are gonna have the biggest party you've ever seen, ■■■■■■■ and everything!"

I told Gil to relax and stop clenching, it hurts less

Little: And then I said to McLachlan I do so look like a mafia don and then I leant in like this and...

PL: "So I told the hooker, listen here, when I said Little on the phone, I didn't mean little as in small, I meant Little as in Paul Little."

PL: "I asked when she's free next week, and she said, she's too busy, Craig Thompson has me booked out."