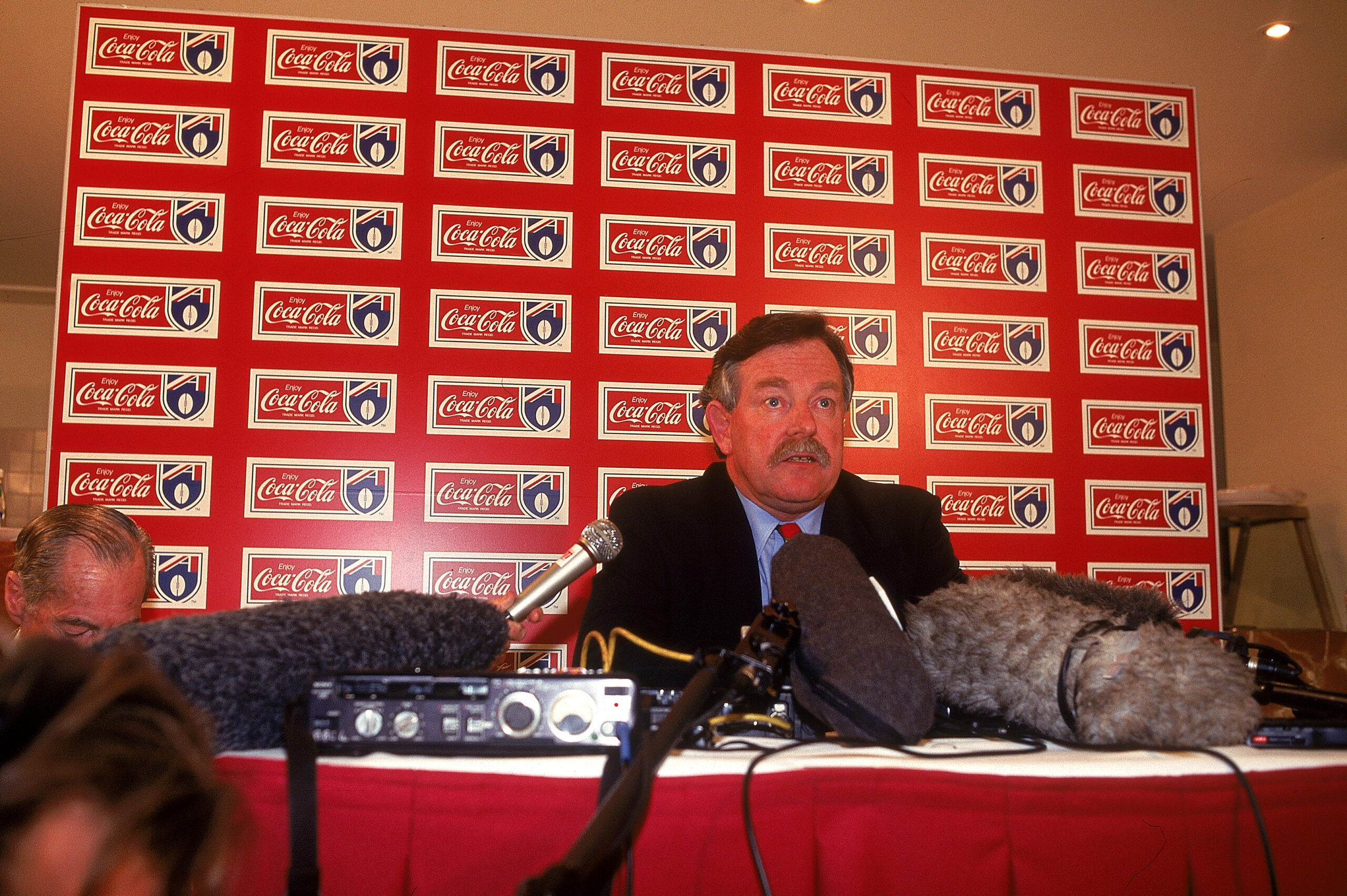 "It's not just the 18 or 20 players that ran out and did it on the day... there's a lot of players during the year that helped you get there."

We talk about it every year. Some poor bloke somewhere, other than our team @ the moment, misses out on the Grand Final.
Without their contribution throughout the year, how does a team make it there in the 1st place?
I think all players that are listed on the team that make the Grand Final are to be awarded a medal on Grand Final Day along side the 22 that took the field.
What does anyone else think?

Maybe it is an incentive to work harder to make the team.

Well that’s a boomer take. Just work harder so you don’t do an acl and miss the grand final.

At the final siren, I feel that the 18 on the field should be rewarded with a medallion and the 18 losers be handed a Bruce & Walsh badge. For those players on the sidelines, the earth shall open up into a lava pit and there will be no next time.

Crap, same as everyone gets a prize at school.

Life is about winning and competing and striving to be better.

I’m for it.
You don’t get there without the team - every player that played during the season should be recognised. At the least - that played (x) number of games. They don’t have to be up on a podium after the game - but they should receive recognition for their contribution.

Every player in the winning Superbowl side gets a medal regardless if you played…Jesse Williams Seattle Seahawks.

Surely then you only give a medal to the players who played in every win? Getting named in the Grand Final just because someone else got injured is real loser ■■■■. Either you’re good enough to play every week or you’re a ■■■■■■■ loser?

Oakley, even while not involved in the league anymore, still wants to make it like the NFL any chance he can get.

Crap, same as everyone gets a prize at school.

Life is about winning and competing and striving to be better.

It’s a TEAM sport. If the TEAM wins everyone should be part of it.

would’ve made our lives a lot better if we got relegated in 2016.

Imagine some team gets decimated by COVID protocols, but goes on to win the flag that year. They called up some chump from their VFL list as a top-up and he spent one game as the unused medical sub.

I think it’s a great idea with just one change.

Instead of the being called premiership medallions, we could call them participation awards.

FFS you whiney little Gen whatevers, the players who play on the day are the ones who win the game…not the less fortunates who sit on the sidelines watching.

This place has been up in arms about the two players debuting as subs and not getting on the park and yet you want to be all warm and cuddly when it comes to the GF.

I can see both views.

Playing in a winning grand final is a pretty special milestone in its own isolated right. I think premiership medallions are the right type of exclusive acknowledgement to commerorate the players that won that contest on the field together.

The premiership cup is the team award that belongs to all players and staff (and perhaps even members).

Maybe there could be a cut-off of non- gf players who played more than 50% of the games during the season…but honestly, I’d leave it the way it is.

Injuries/form are all part of the challenges and obstacles of professional sport. It is a known risk for every player.

I have posted the gist of this before, I played for 2 years for a club only missing one game. Dropped for the grand final which the team won, we lost the grand final the previous year. Yes, I got a medal but it did not mean much at the time or now (don’t know where it is).
My view is the medals are for the actual participants on the day, team mates of mine were great in trying to make me feel part of the team after the win but I did not ever play in a premiership, (apart from a few cricket ones, thats another story.)

If the season was one game only, the Grand Final, give only those guys a medal.

But how did they get that far? A squad of players. Some get injured at the wrong time, some fill roles in certain weeks and aren’t required in others, some make way late in the season when another player in their position comes on, but they all contribute across many months to help the team advance that far.

I see a fair argument with all those who played over the course of the season getting a medal.

Either give a medal to anyone who plays 20 or more games (including finals). Maybe 15 but set the bar high.

It’s a TEAM sport. If the TEAM wins everyone should be part of it.

The team (club) wins the cup, andthat is the reward for everyone at the club who contributed to it, including players who didn’t play, coaches, administrators, water boys etc.