Does anyone remember in the late 80s or early 90s, at the conclusion of a live game, they would play an animation on the screen of the winning team’s mascot doing something funny.

e.g. the Hawk swooping in across the screen and celebrating the win.

Now does anyone remember which year this was and if there is any footage of all the animations?

Also I’m not sure if I’m imagining this part but did the animations include the winning team mascot beating up the losing team mascot?

These ones don’t have them beating up the opposition 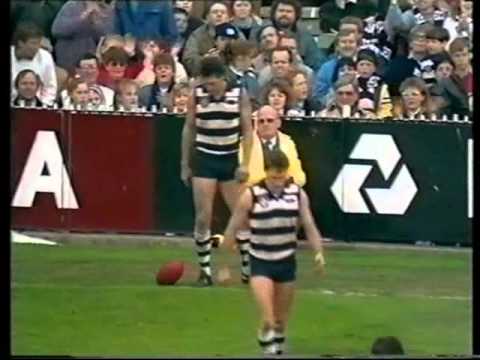 Our one would just be a flaming wreckage these days.

Notice how in some games kids could run onto the ground after the siren and have kick on the ground. Sigh… The fun police have ruined everything.

Bring the animations back.

I have never seen them before, thought they were good.

At VFL park on the old black and white scoreboard, when the umpires were announced they’d show a character stick his head out from behind a door and then he was pelted with rubbish.

I’m so old now, I can’t remember if it was ever confirmed or I dreamt both the animation.

Does anyone else recall this?

No, I remember that too (granted I was only like 5 or 6), and I remember it being an orange and black screen.

Great (if not unexpected) thread. 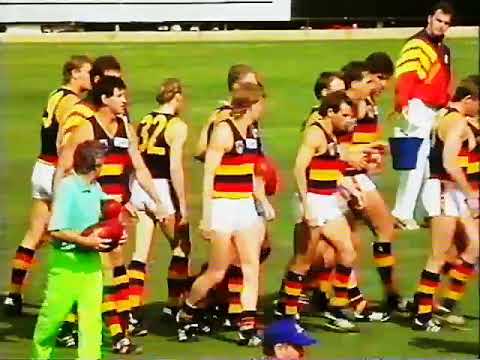 This intro sound is like the sound to my football childhood.

The sound of football in the early to mid 90s.