LOL at those two seats where the Nationals lost ~20% on primary, and the Greens are replacing them.

Maybe that will convince some of them that they really should share some policy with the Greens. I don’t mean a lot, or even…I dunno, less than a lot, but some things.
Otherwise what’s the point of their Party? They may as well just buy the blue ties.

Coal seam gas is not the issue.

It is fracking method they use to extract it. The USA has about 70% of the Worlds fracking wells, and Texas has about half of them.

It will not be the Lone Star state soon, but the new Grand Canyon.

I’m not inclined to trust fearmongering documentaries. Some of what they say might be right, but they come from such an extreme point of view that I can’t work out the fact from the anger. I asked an engineer in CSG about fracking. He said the big screw ups happened in the early days, decades ago when the technology was still young. They would release a whole heap of gas but only capture a small amount of it. The rest escaped and caused problems. The theory is that modern fracking is more conservative, they frack less and capture the gas they release.

Sorry Benny, but the Engineer is either a ■■■■ head or w a n k ing your crank!

My Company tests fracking fluids and we now do work for Companies worldwide. Early on the fluids contained some really toxic stuff, but now they are quite benign polymer solutions. The issues are numerous, but in no particular order.

Water table gets farked by being polluted by the coal oil and gas the is being mined. The fractures break into the strata that contains the underground water.

The structure of the mined areas are compromised, as they drill a hole into the ground and then drill parallel to the surface into the start that holds the oil and gas. They get greedy and take out everything including ground water and drill many parallel streams. Ground collapses, there are many youtubes on this.

The product is treated and the waste discarded, and this contains many toxic chemicals which pollutes both surface water and soil.

Some product escapes into the air and washed back to earth as highly acidic rain.

Now fracking can work OK in small scale with many safeguards, but not that economic, and these greedy Mining farks, want the lot !

It’s one of those rare times that you find yourself agreeing with Alan Jones. Doesn’t happen often.

It's one of those rare times that you find yourself agreeing with Alan Jones. Doesn't happen often.

Nothing wrong with lead and DDT. I’m still alive. I can’t speak for anyone else, but still…

Asbestos is good for humanity

A few studies here basically showing various pollution methods around csg into groundwater. Sometimes by the fracking itself, sometimes from the wells etc http://www.tandfonline.com/toc/lesa20/50/5#/toc/lesa20/50/5

Here’s an essay economist Richard Deniss wrote for the monthly. It’s long, but basically he lays out how “economic modelling” is completely made up rubbish to serve the interests of the rich buyer (mostly the mining industry). I was in journalism ten years and am fairly cynical but this shocked even me and I learned a lot https://www.themonthly.com.au/issue/2015/april/1427806800/richard-denniss/spreadsheets-power

He mentions how mining lies about the amount of jobs and economic benefits through making ridiculous assumptions. He laments that journalists only read the executive summary of most reports (guilty). He says Hockey’s intergenerational “report” (which claimed we were headed into a deadly debt spiral) says clearly up the back in its assumptions that it assumed serious tax cuts every year from 2020 to 2050 to get to that conclusion! How ridiculous!!

Here’s a bit on the ongoing Carmichael coal mine (Adani, indian company) court case versus the local community. Seems Adani has just admitted the 10,000 jobs it said would happen is actually 1400 odd and it overestimated the tax benefits for australia by oh 270 per cent. 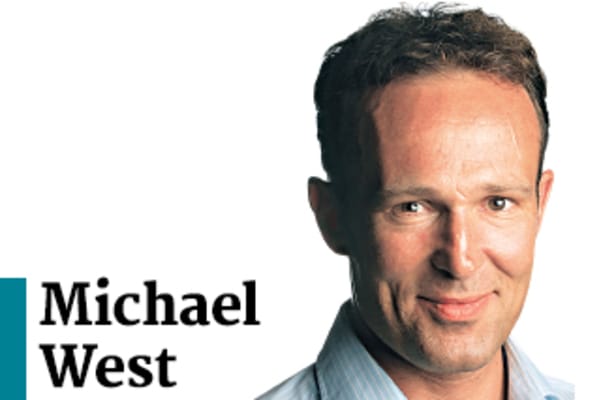 Can you trust a company to run a clean and profitable coal mine when its financial controller has a case of the vagues?

Saw some pics today of fracking… zones… areas… hellholes… whatever they might be called: 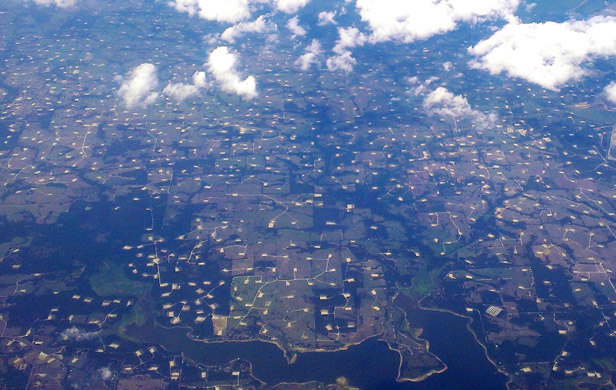 Not exactly difficult to see why there’s such a backlash in communities, even before you factor in the health and infrastructure risks.

The earth went flowing under the hood of the car. Uncoiling from among the curves of Wisconsin’s hills, the highway was the only evidence of human labor, a precarious bridge stretched across a sea of brush, weeds and trees. The sea rolled softly, in sprays of yellow and orange, with a few red jets shooting up on the hillsides, with pools of remnant green in the hollows, under a pure blue sky. Among the colors of a picture post card, the car's hood looked like the work of a jeweler, with the sun sparkling on its chromium steel, and its black enamel reflecting the sky.

Dagny leaned against the corner of the side window, her legs stretched forward; she liked the wide, comfortable space of the car’s seat and the warmth of the sun on her shoulders; she thought that the countryside was beautiful.