Maybe, but it is hard to understand why they will not get vaxxed.

Are there is many really stupid people in the world. Even 5% is significant.

Yeah, I’m just struggling to believe there would be many people who willingly got the vax before any mandates came about would be out and about there now sticking up for those who don’t want to get it.

And the “subject to more scrutiny” could be very Yes, Minister-ish drivel if the scrutiny is actually powerless to change anything. The influenza bit seems very very weird. Is this real?

There is relevance when reference is made to powers that would take the State to a dictatorship , in circumstances where there are more constraints on the exercise of powers ( including the Charter of Human Right, greater surveillance plus mandatory disclosure of health advice and the capacity for some Parliamentary disallowance. 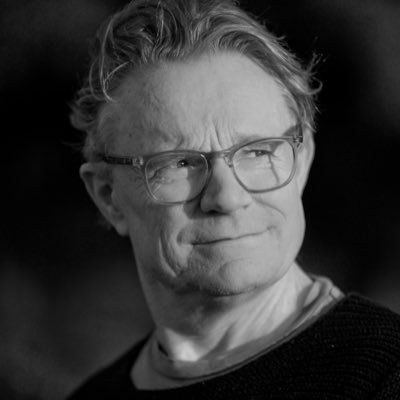 @hughriminton
Chris Kenny is worried about an ideological monoculture. https://t.co/S7PdIWu4dg 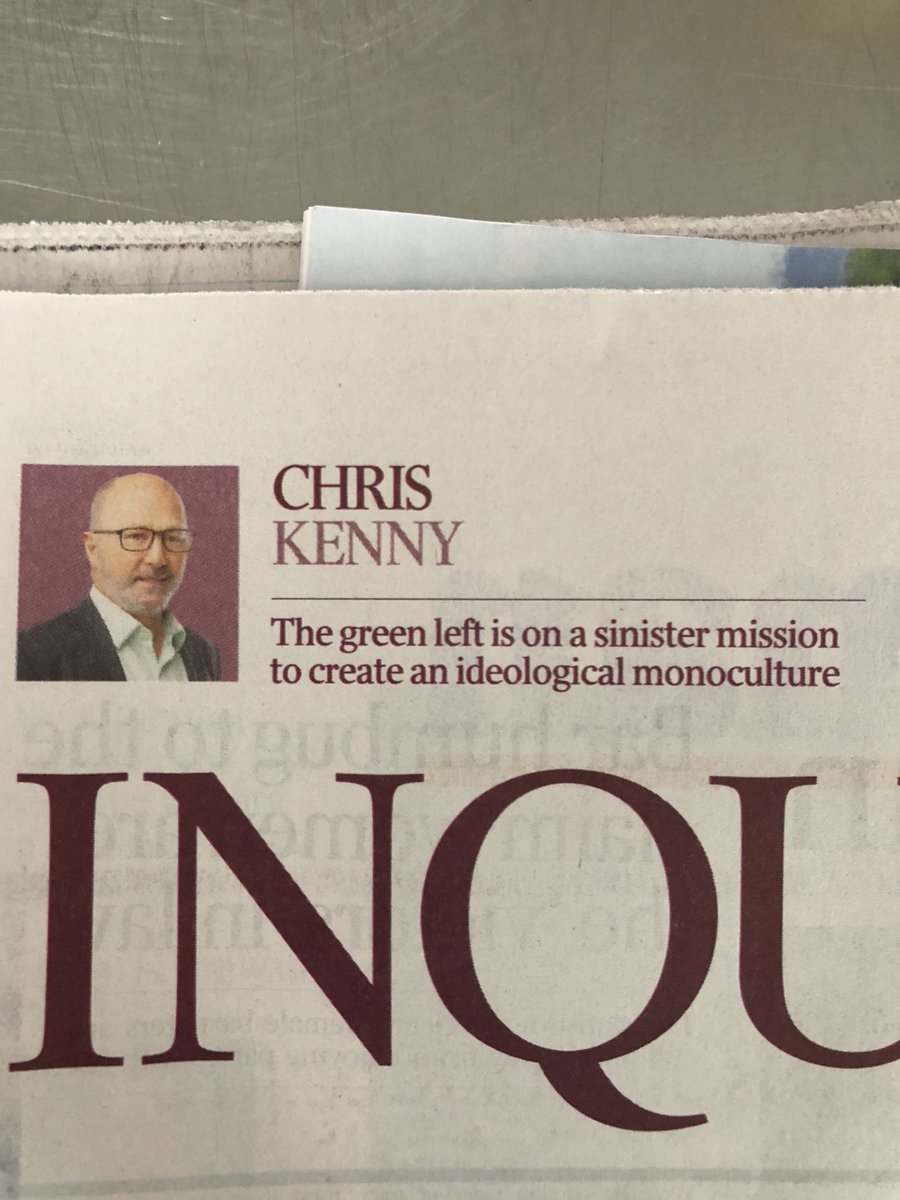 As a leftie, I wish we were as awesome as we are in the minds of conservatives.

I have a good friend who has been lost down the rabbit hole. Very sad.

Sometimes they intermingle into an omelette of illogical demented hysteria.

For a well educated decent bloke, very successful in business, this is weird. His brain has turned to mush.

There are a number of people in Dubbo that have quit their jobs rather than get the jab. At 95%+ double jabbed of the adults it’s hard to hide now. Not sure what becomes of them, being unable to work or have recreational activities due to their Freedoms…they are also getting very bitter watching us jabbed up people live the dream.

It’s to this population that Morrison the liar is speaking to. It’s just feeding their delusion and aggression.

Nothing good will come from this.

Unfortunately I predict more violence and anger and I blame Morrison the liar for this. He needs to shut this down. Now.

I could be wrong.

We have always been at war with Eastasia.

@benitakolovos
Maurice Blackburn Lawyers CEO Jacob Varghese backs the pandemic bill, says legal community has a “wide variety of views” on it. “No one should suggest the profession has a single position much less that the profession as a whole opposes these measures,” he says. https://t.co/Wb5mokPMBm 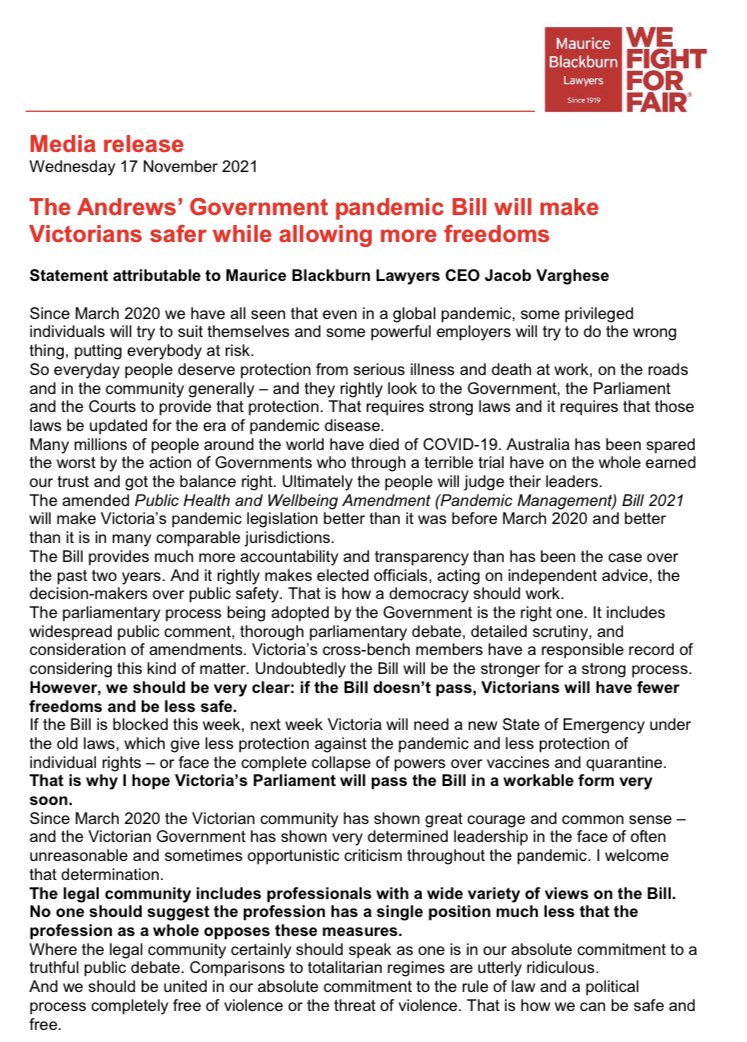 The influenza bit seems very very weird. Is this real?

Yes, it’s a not uncommon cause of death in the elderly. In the last pre-covid year there were 1080 flu deaths in Australia (ABS figures).

No, I mean the whole “what if your kid passes on the 'flu to his grandparents, will you say sorry” thing. We don’t give flu shots to kids as a routine thing. So what are we saying sorry for on that one?

I suspect it’s either a mock up, or an overseas location.

The “organic home cooking” did sound it could be American.

We don’t give flu shots to kids as a routine thing.

Perhaps we should take this opportunity to educate ourselves.

“Yearly influenza vaccination is recommended for people aged 6 months and over.“

Influenza (flu) vaccines are given as a needle each year to protect against the most common strains of the virus. They can be provided through a range of recognised immunisation providers. If you're eligible, you can get the influenza vaccine for...

In an article in the Rage on the Pandemic Bill, Chip leads with quotes from Nick Coatsworth, whom he describes as the public face of the vaccine rollout.

The views of Allen Cheng are buried further in the article.
Chip leaves out a few relevant bits that don’t fit his narrative - curate’s egg journalism

I was totally unsurprised when I saw this article this morning.

Ironically, I think the fact that NSW didn’t implement consistent lockdown probably contributed to their success at sustaining lockdown measures for longer. 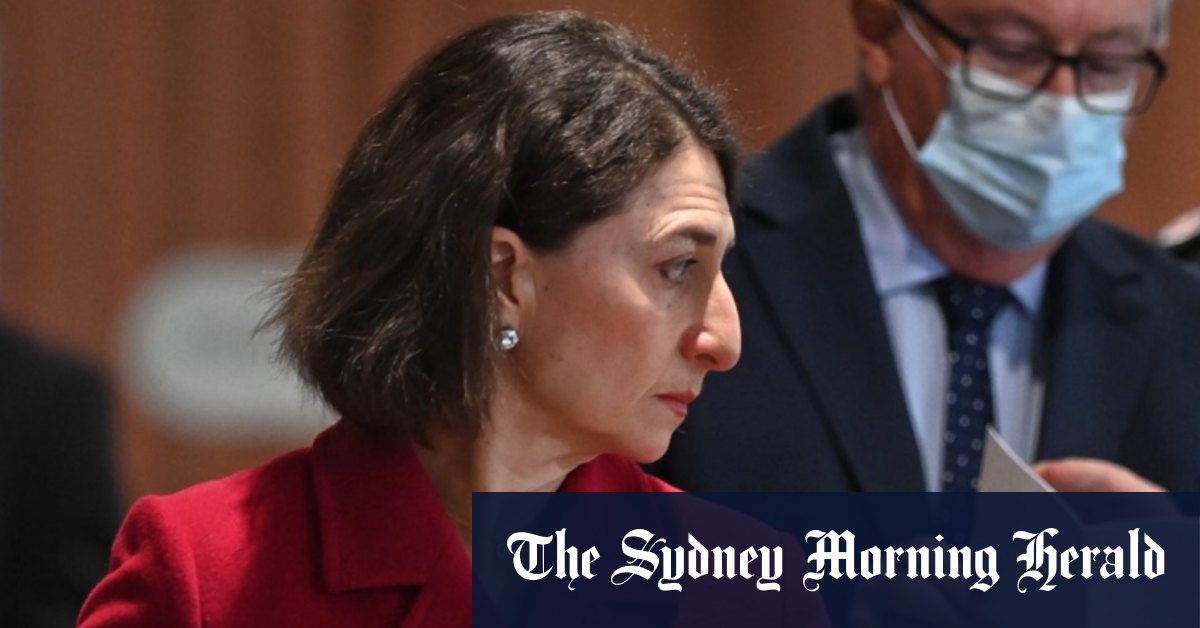 Kerry Chant urged ‘consistent’ lockdown restrictions across all of Sydney,...

The email – among documents released under a parliamentary order – shows the Chief Health Officer recommended imposing a curfew across all of Sydney at the height of the Delta COVID-19 outbreak.

And there’s probably been many situations (not just NSW) where the CHO has offered recommendations and they haven’t been acted upon.

And that is what is at stake with this bill. Even with some transparency and oversight.

But that’s not debated because it’s far easier to just whittle it down to the POWER GRAB comments and let that run its course.

So Morrison has a crack at Queensland over forcing people to get a covid test to enter queensland, and he reckons unvaxed shuld be able to get a coffee. He says the national plan says that at 80% people should be able to move around freely.
So why do the federal government mandate tests and vaxination for internationals? Isnt it the same covid that could move from NSW to QLD that can move from overseas to Australia?
We are either safe at 80% for Queensland or not, is the overseas covid worse than the NSW or Victorian Covid?