Details for the Crichton this year:

If you’d like to join us, please send me a PM! All you need to follow the Bombers' night of nights. 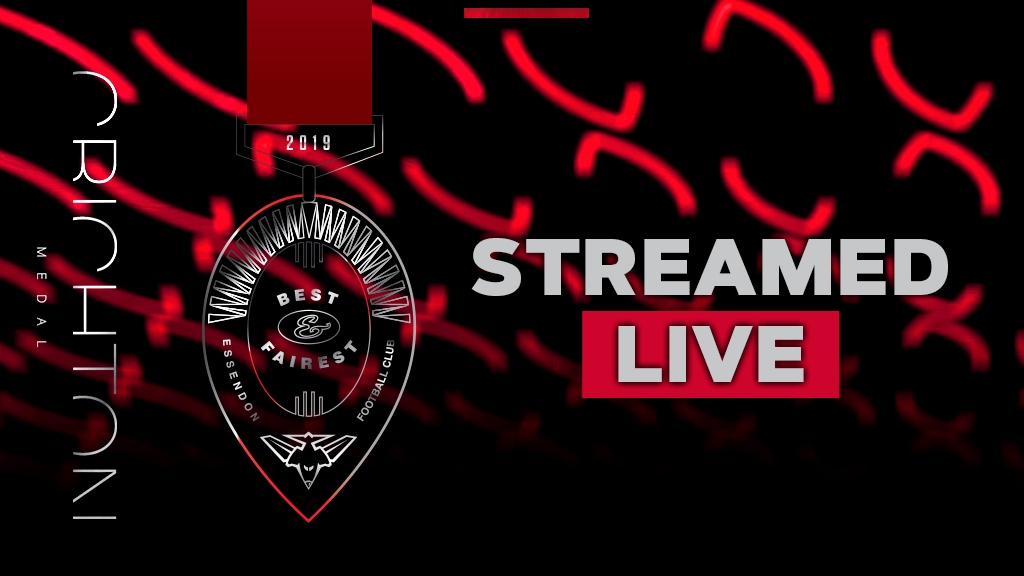 Stay tuned for a live stream of the 2019 Crichton Medal from 7pm AEST, Tuesday, October 1.

The stage is set for the Bombers’ night of nights.

The 2019 Crichton Medal, proudly presented by Yakult, will take place at the Plenary (Melbourne Convention and Exhibition Centre) on Tuesday night, with over 1000 guests expected.

If you’re not attending, you can catch all the action via a live stream at essendonfc.com.au .

Simply refresh this page at 7pm AEST to watch from your preferred device.

Below is a rundown of the key timings* and other details you need to know.

*Times may vary slightly on the night

After each game of the 2019 season (including the elimination final), each player is rated from zero to five by the six coaches, resulting in a minimum of zero votes and maximum of 30 per game.

At the end of the season, each player’s 21 best games are tallied for the final score. The player that has displayed all or most of these characters; shows respect to trainers and staff at all times, demonstrates a genuine care for wellbeing, drives interactions that are healthy and beneficial to the club and its values.

Voted by: All trainers and support staff

The player who puts others before himself and best displays courage on and off the field.

The player younger than 21 and with less than 10 senior games (as at January 1 of a particular year) to receive the most votes in the Crichton Medal.

The player who kicked the most goals during the home-and-away season.

The legendary Kevin Sheedy will take to the stage to welcome the 61st member to the prestigious Essendon Hall of Fame.

The Hall of Fame induction will mark the first in history at the Bombers’ night of nights.

The player who has best demonstrated a commitment to excellence. He must have shown clear improvement from previous seasons and a willingness to go above and beyond.

The player that best displays the club and team values on and off the field, having the greatest overall positive impact at the club during the year.

Voted by: Match committee and broader club including representatives from community, events, media and appearances, as well as CEO Xavier Campbell.

The Bombers’ highest individual honour, awarded to the best-and-fairest player of the season.

Just cut to the chase Koala and tell us whether Joey has PM’d you for a ticket yet.

He did… but according to Tom Browne, I’ve traded my spare ticket to Sydney for three rounds of drinks and a hangover…

If McKenna has to do a speech, is anyone going to understand him?

Pretty excited to be attending my first ever Crichton Medal!

I manage a couple of the Picket Palace boys in their far less exciting Monday-Friday job and have snapped up a +1 ticket, as they’ll be performing at the event. I guess that makes me a groupie.

Will be sure to keep an eye out for Joey, Raz and any fellow Blitz gimps.

From past experience at Crichton Medal nights - that is exactly what I am worried about.

@theDJR can get a new set of wheels for his VFL escpades.

Rev up your bidding 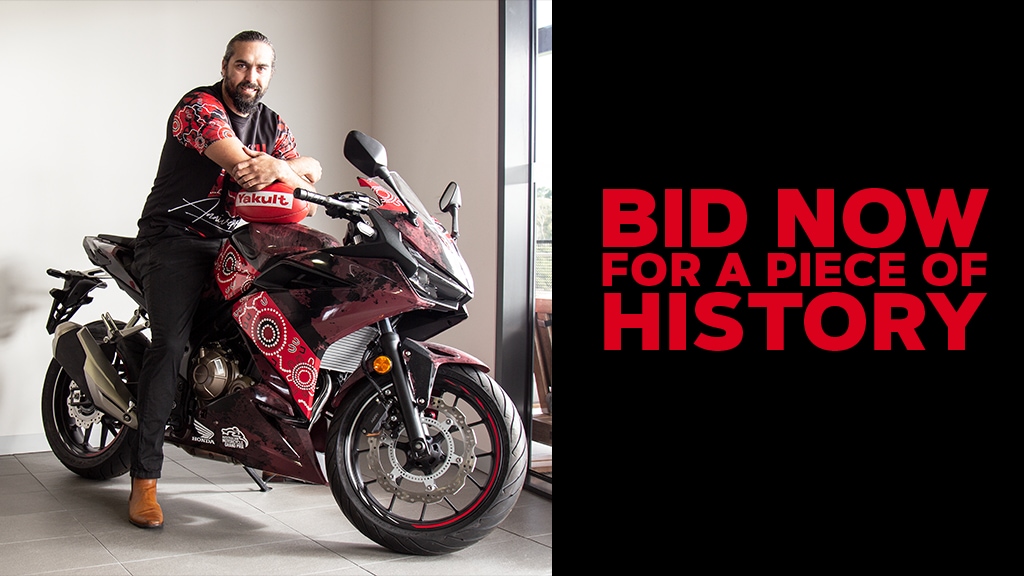 For those Bombers supporters with a need for speed, a piece of history could be yours!

Through the club’s partnership with the Australian Grand Prix Corporation, a customised Honda CBR650 designed to replicate the 2019 EFC Dreamtime Guernsey will be auctioned off at the Crichton Medal this evening.

Donated by the Australian Grand Prix Corporation, the one-of-a-kind bike will go to auction at the Crichton Medal, with all proceeds going to The Long Walk.

Former Bombers star Courtenay Dempsey was on hand earlier this week to celebrate the arrival of the once-off Honda CBR650 at The Hangar.

Announced in January this year, the strategic partnership between Essendon and the AGPC represents a unique alliance between two of Australia’s most iconic sporting organisations.

The alignment is focused on innovation, Aboriginal and Torres Strait Islander programs including The Long Walk, and STEM education to benefit respective fans, members and commercial partners.

Pretty sure McGrath has played more than 10 games.

Good point. It will be Dylan Clarke then.

I think @saladin will outbid me on that one.

I’m sure he’ll let you add a sidecar to it.

What happened to the cheersquad award? Don’t make me ask at the members’ forum!