David on my site started with opening statement. Thought I would share.

I have been involved in the AFL industry for the past 25 years, firstly through my own business AFL Films and then as Head of Sport at the Ten Network. In 1991 I established the AFL Film and Videotape Library. Over a 20 year period it grew into the most comprehensive sporting library for any individual sport in the Southern Hemisphere. In 2011, the AFL took it over and it is now running as AFL Media. During that 20 year period, I also worked as a Producer / Executive Producer for both the Seven and Ten Networks. I produced many episodes of Talking Footy in the late 90’s, including for those that remember the night Wallsy and Sheedy had a huge blue. I produced a documentary called 100 years of Football for Seven along with the 2000 AFL Grand Final, which I am sure you all remember fondly. In the following 10 years, I was responsible for another 8 AFL Grand Finals, 5 Brownlow Medals and countless matches for Ten. In 2011 I moved to Sydney as Head of Sport for Ten. At Ten I negotiated deals with Formula 1, the International Olympic Committee, Cricket Australia and Netball Australia. I was responsible for the broadcasts of the Sochi Winter Olympic Games, the Delhi and Glasgow Commonwealth Games, 5 Australian Grands Prix and the Big Bash cricket. I relocated back to Melbourne in December of 2014. I believe that I can bring extensive media skills along with expertise in content creation which will be crucial moving forward. I have excellent AFL, Media and general sporting contacts. I have worked on and off for the club over many years providing video’s for several testimonials. I provided plenty of motivational video’s for Kevin Sheedy during the early 90’s and continue to have a strong relationship with him. I am at the time of my life where I have the time and space to make a bigger contribution to the club which is why I am nominating now. I don’t profess to have all the answers but will work hard and always put the clubs interests firsts.

That is a very impressive CV!

Do you envision any way that EFC could raise money by selling vision of games directly to subscribers, especially those based overseas?

Bonus points if you can do so without inane commentaries from the idiots working with the commercial channels.

Do you drink beer?

Do you think team-based commentating for AFL games is something that can be achieved? If commentators are going to barrack (like most seem to now), it would at least be nice to listen to ones barracking for your team.

You guys realise he hasn’t posted here. This is a cut and paste from a Facebook group

wooooh another thread where someone who isn’t the candidate endorses them and theres nothing for follow ups.

Afaik, Cjohns isn’t endorsing him, he just shared a statement.

Or at the very least, challenge the nominee a teeny bit to see what they’re made out of, and then watch as they attack their potential voters and go down in a screaming heap?

Do you drink beer?

May just be me but damn this is hilarious 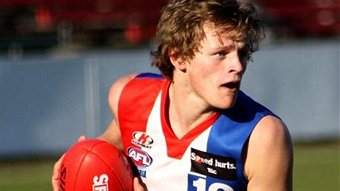 David Abraham from channel who has no AFL and one of the worst channels for sport. Shares are going no good as well.

David Abraham from channel who has no AFL and one of the worst channels for sport. Shares are going no good as well.

Not convinced we need more ‘old media’ types at the club, either. Does he actually follow/support Essendon?

if he was responsible for getting Stephen Quartermain on our tv screens, then DO.NOT.WANT

Does he actually follow/support Essendon?