EFC the dysfunctional club struggling to find its identity

Cornes has led with Essendon the dysfunctional club with deep rooted problems namely, players wanting out, the selection of the 2019 leadership group, the coaching transition… all leading to player unrest, not all on the same page. Irrespective of what people think of Cornes or Barrett this view rings true and makes me think players are not growing/gelling in an environment conducive to producing their best. The club is farked (still)!

Cornes should look at his own club and recognise they have bigger problems than we do.

2019 EFC players traded out of the club - 0. Only 3 other clubs retained the players they wanted (didn’t trade any listed player). Not sure how that equals players wanting out. This is even less of a mass exodus than the last mass exodus.

Look I’m no clapper, I 100% agree the club has internal issues & I’m not a fan at all of this coaching transition (see butt covering for premature extension of contract) but I think people like Cornes never bother to actually look deeply into a club’s issues, analyse some problem areas & suggest changes. All they do is see Daniher wanting to move to Sydney for a massive contract offer on the back of 2 massively frustrating years & then leap to the headline “players want out”. Its lazy communicating specialising!

I realise with the latest coaching iteration that things (once again) will take time but the main point of the post is the likelihood of player unrest being the main driver of mediocrity / inconsistency / poor results over the years.

Do we even exodus?

getting triggered by Mr Clickbait himself in November. Oh my lawl.

I realise with the latest coaching iteration that things (once again) will take time but the main point of the post is the likelihood of player unrest being the main driver of mediocrity / inconsistency / poor results over the years.

Likelihood
What a weasel word for meaning “I am paid by the click, so what trolling opinion will earn me dollars?”

I have no idea why anyone post saga would pay any attention to a speculative piece or rant about the club in the off season, let alone during the season proper. These vultures even change their minds on a weekly basis during the season.

For them, it puts food on the table.

As we know, 2 tried. I remember a couple of years ago Zac saying he and Joe were single minded in their desire to return the club to its glory days. Now Joe wants out. Raz who only extended his contract last year wants out. Somethings not right.

The other point is players may not want to leave but they’re not working together as a team potentially because of systemic / cultural issues.

Hey… what do we expect? A club that has not won a final for over a decade does not question itself, does not try to identify reasons, does not have any disagreement within its ranks?
Coming off a 3 peat, Hawthorns top level had a fundamental disagreement only 2 years later. Should they reset and go to the draft, or trade ? Thats a massive strategic call for a club to make.

Disagreement is normal in relationships. FCS. If its not working, change is needed. Thats what we are getting.

Actually, ultimately, only one tried. Fantasia is in another category altogether, one who we know will probably want to play/live in South Aus at some stage. That’s been known even prior to his last contract signing. And whatever he may have been thinking over the last few months, in the end it all came down to him electing to stay.

I think there’s issues within the club, but I’m not at all sure it’s a dysfunctional basketcase. The leadership group ructions are easily fixed. It does need a playing group attitude/game style that are complimentary to each other though.

I am not sure that I agree with ATE but there are other examples for not dismissing him out of hand.
Carlisle, Ryder???

need for a better gameplan the players can execute

I don’t disagree with the struggling to find it’s identity part.

I wouldn’t call us dysfunctional just yet though.

All clubs have players leaving.

It’s a thing that happens everywhere.

Yes Essendon has issues. But players leaving is not a thing. 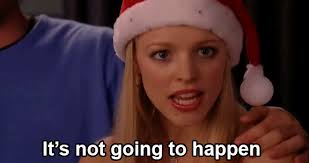 Agreed, although I can see the coaching handover creating problems. Feels like the club have made another rod for their back with this arrangement.

Yes, just because you aren’t the best team doesn’t mean the club is dysfunctional. It may just be that the players aren’t very good at football.

What if this ‘player unrest’ is due to the club actually starting to make hard decisions and changes and putting the heat on players - something that some on here would argue hasn’t been happening in years past?