Enough moping, there’s a game on.

Wanganeen and Martin to show us how its done…

Stuz to prove us all wrong & Hepp to get up off the canvas.

Petracca to get stuck in traffic on the way to the ground.

Umpires to refers to Philips as “Azza” (since I think they called Francis “Andrew” at one stage last week).

Ham to kick a mongrel punt to seal the game in a 3 point nailbiter.

Congratulations on showing the leadership ability to start the Game Day Thread.

How many cry Saucy have from Enya songs?

Rest of the team to not get pushed around.

Please and thank you.

We are a sneaky chance here, Phillips inclusion could be a master-stroke.
Mcgrath, Caldwell & Shiel need to deliver but most of all Heppell needs to lead the way.

Just got on the train at sunbury and the train driver said this is the 5.16 train stopping all stations to flinders st. Then came out with Go the bombers

I’m at Flinders St (heading home, not to the game) and have seen only Melbourne fans.

Remember last year we lost rounds 1 & 2 and then this: 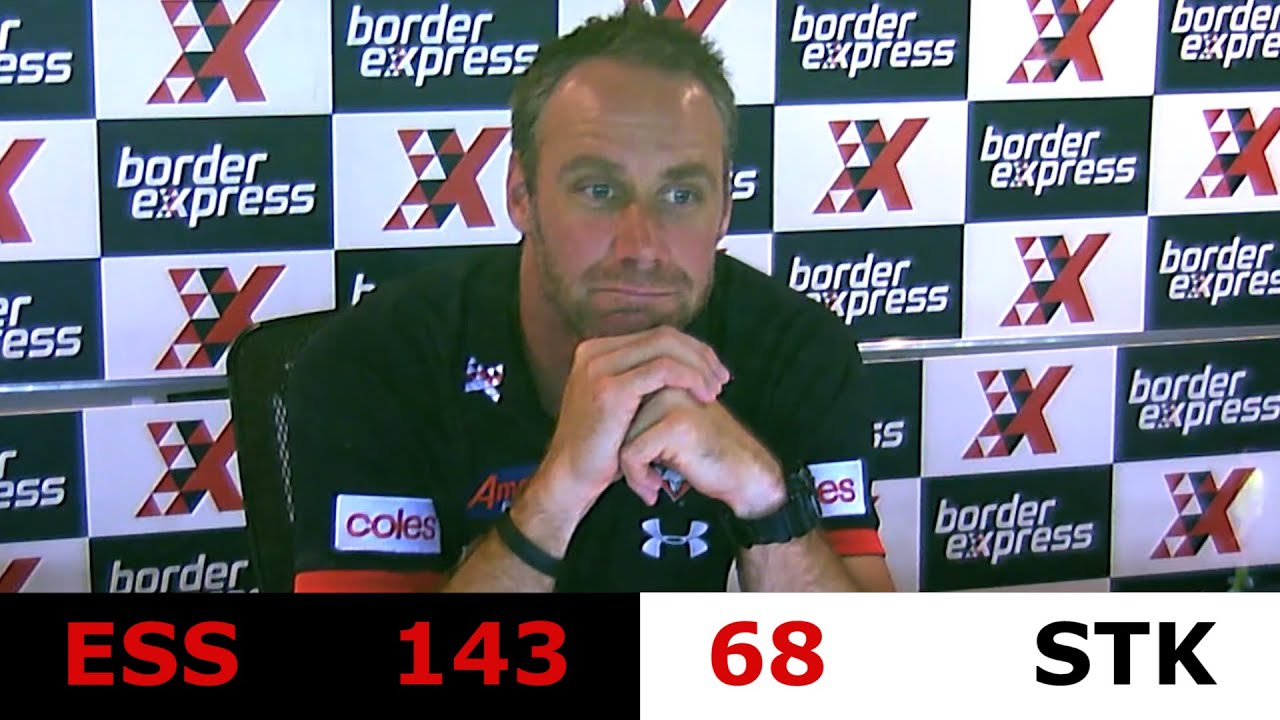 I’m at Flinders St (heading home, not to the game) and have seen only Melbourne fans.

If you keep going you might get to Casey before TIPPA plays tomorrow.

Me too. Feeling a bit outnumbered at the grounds.

The inclusion of Walla did almost make me break my “I will never voluntarily travel to Cranbourne” rule.

Essendon fans have other things on tonight, more entertaining

Where’s the confirmation of this Gawn out stuff?