This discussion was created from comments split from: Australian Soccer Thread (A-League/FFA Cup/Socceroos).

I suppose there must be some surprise that it wasn’t over in the first round of voting.

This is so funny. Over here they're talking about collectively pulling out of Russia 2018 as a UEFA group. Unlikely, but humorous nonetheless.

Why is it so hard to believe? They’ve pulled out of the last 10 cups haven’t they?

Cricket is a rotation, though India seem to creep in an extra one.

Bomber girl had it summed up perfectly. IOC, FIFA and most others are as corrupt as they come and we are forced to go along with it.

Oh and it’s not corruption, it’s a “donation” to the federation in the hope they return the favour by voting for the nation. If it looks like a duck and sounds like a duck…

The Government’s of the world aided and abetted this corruption - Of course they get off scott free !

We have similar laws here, as far as I know. Anti-bribery stuff in particular, the Foreign Corrupt Practices Act or whatever it's called..

Short version - I’m sure Australia had legal grounds to arrest these guys too, if we hadn’t been too gutless (and out soccer administration etc hadn’t been too implicated in their dodginess)

How does this fit into bribery - This would never have happened if Governments refused to pay any inducements to these officials - After all it’s Governments that fund these major events - If only Government’s had morals !

Wait till we investigate the IOC.

The white man never likes losing relevance to the colonies.

This is so funny. Over here they’re talking about collectively pulling out of Russia 2018 as a UEFA group. Unlikely, but humorous nonetheless.

Time to get some popcorn. 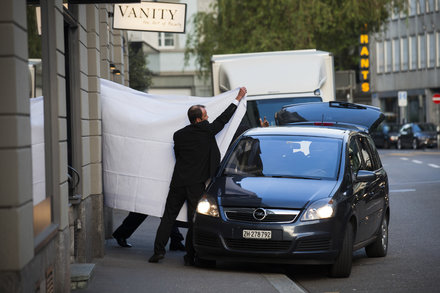 FIFA Officials Arrested on Corruption Charges; Blatter Isn’t Among Them

As FIFA leaders gathered for a meeting, Swiss law enforcement officials arrived unannounced and made arrests at the Justice Department’s request on charges including racketeering and money laundering.

As leaders of FIFA, soccer’s global governing body, gathered for their annual meeting, more than a dozen plain-clothed Swiss law enforcement officials arrived unannounced at the Baur au Lac hotel, an elegant five-star property with views of the Alps and Lake Zurich.

Matt Apuzzo ‏@mattapuzzo 16m16 minutes ago
Officials say Sepp Blatter, FIFA president, is not being arrested but other top officials are

this is big news! hopefully they have some solid dirt on them to clean it up!

Was worried something happened to the FIFA console game. All good, carry on. Lol at a WC being played in Qatar.

Time to pull the whole pack of cards down!

Good time to start again. Not sure there will be any winners

Depends if WADA comes over the top.

If they are being extradited to the US, then a bunch of them are going to jail for a fair time.