A lot of talk that the government needs to raise the GST. Curious on how people would feel about it. I actually think it is probably the right solution. I dont buy the 12.5% argument. I think that is only if it is a step towards 15%. I think it needs to be done and the sooner the better. Should never have been 10% in the first place.

“That’s a matter for the states”.

I’m guessing there’s better ways, but not simpler ways. It’d suck to make it anything other tha. 10% just because of how simple the math is to do.

The challenge will be not to see an increase with more tax cuts and spending elsewhere. Just make a tough call and do it for the greater good.

Most people would be all for higher tax if was spent on making their lives better instead of funding wars, subsidizing archaic and damaging industries and investing in the corpulence of politicians and friends.

Appropriately taxing billionaire miners and a fully functional ETS are the way to go.

The problem is that the “need” for increasing public funds is never ending. Make the gst 15%. Then what? In another decade does it jump to 20%? It gets included on fresh food etc? In which case The increasing rate forms an ever increasing share of the rock-bottom figure actually needed to live before “discretionary” spending is even arrived at. Not that i care on the 2.5 million per year i’m raking in as a mod on here, but i like to pretend i have concerns for the peasants.

It’s really a no brainer, but it’s incredible the way it could even be tried to be sold to the masses as the way to go, instead of the alternatives, in the land of the supposed “Fair Go” & “Workers Utopia”

The battle to not be America is near lost. Another term for these Neo Cons would be the final nail.

Meh, i have no issue with lower tax rates on Super. I think that one is logical. Theyve already capped it at $30k self contributions anyway, havent they?

The current Highest tax rate shouldnt be dropped. But there should be another above. Say 65% at 350k (or similar).

I'm guessing there's better ways, but not simpler ways. It'd suck to make it anything other tha. 10% just because of how simple the math is to do.

By increasing the rate to 15% they may be able to fund the resources need to start taxing overseas internet purchases. They do it right, they could break even.

The Govt Should just change GST to include all food for a start.
and then levies and bank charges etc.

Is from where I’m sitting.

It’s a terrible policy. All this talk of increasing/expanding it… might as well just remove the low income tax-free threshold and cut pensions by 15%.

It’s a lazy & easy policy to change, overly affects the poor, doesn’t impinge on coal mining, and they might even totally escape responsibility. No wonder the Libs are right into it.
Screw actually studying the tax & government costing situation, convince the states to change 1 number, and bob’s your uncle. Blame the states if it blows up, take credit if it works, and if the poor are overly affected, well that’s their fault for being poor.

Instead of having a go at the rate, focus on the spread of the tax. It should be a flat 10% on all items (excluding education) and give the concession card holders a substantial kick in their discounts to allow for medicals.

Work closely to apply and collect GST on all internet transactions (no threshold), surely with this technology they apply a geo collection on all services by IP address - there is only a handful of transactional companies (visa, paypal) they charge and remit the GST per transaction and is allocated to their TFN account (surprise - this would also help with catching profit shifting)

Also dig into negative gearing, estate taxes, international tax avoidance, R &D concessions, super concessions, mining concessions and collect GST on all gambling winnings (at least you get a clip of the cash economy being washed through gambling)

There you go tone

But we really need to blow up the tax system, perhaps dust off the commissioned Henry review?

How about you get you sh*t together first before coming to us.

Time to buy a bike from China? 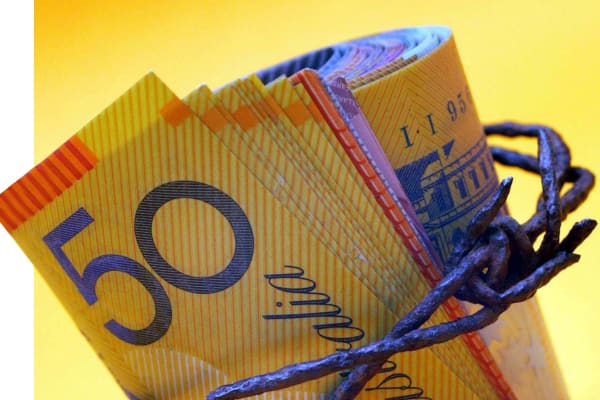 State treasurers will be asked to subject almost all imported parcels to goods and services tax under a dramatic proposal that would cut the GST-free threshold from $1000 to just $20.