I think I hit a kangaroo

Or rather, a kangaroo hit me. Does this seem consistent with the kind of damage one would do?

The annoying thing is Norf are insolvent so you’re paying to fix that.

Standard. Happens to my mum all the time. She’s lives in the mountains.

Hitting an animal is the worst feeling in the world.

Same side of the car.

I hit a kangaroo in a VN Commodore back in the day. Totally wrote the car off. The kangaroo was also a write off.

Was in a mates VH when he plowed into a roo. Same result

Car v Roo is generally a loss to both sides

If you hit a kangaroo there would be more damage.

Looks like a fat old guy in lycra to me

They travel in close family groups, you may have hit more than one.

If you’re still around where it happened, please look for the roo and check if it had pouch young.

Same for the old blokes in lycra

I’ve regularly done the trip from Kilmore to/from the Northern suburbs for 15 years now.
Have had a couple of very, very close calls with extremely large Roos.
Actually don’t know how I didn’t strike 1 one night.
It’s fkn scary when they jump in front of your car in the middle of the night on a country road at speed (80-100).

A friend of my father used to drive Prime Movers on the East-West route from Perth to Melbourne and return. He hit a roo one night doing about 120kmh out on the Nullarbor. The roo hit the top of the trucks bull bar, bounced into the air and landed in the passenger seat after coming through the windscreen. Mate thought the roo was dead so just left it there cause he was a couple of hours from his next stop and thought he could clean it up there. The bloody thing actually woke up and tore the interior of the truck to shreds and did a bit of a job on the driver as well trying to get out. Poor bugger still couldn’t believe that he could hit a roo at that speed and have it survive.

This reminds me of a phone conversation with my best mate. He had gone to Stawell to catch up with his then GF and watch the Gift.

Me - You ok? Whats going on?
Him - Yeah, nah, I am already on my way back to Melbourne

Me - What? Why?
Him - Got to Stawell and the GF had another bloke with her in our tent. No good.

Me - So sorry mate. Get home and we will head to the pub.
HIm - Yeah, that’s not happening either tonight.

Me - Why?
Him - Hit a bloody Kangaroo. Car’s a complete wreck. And I had to walk half an hour to a phone. Will see ya tomorrow.

Him - Couldn’t find him. He just scampered off. Anyway, wanted to let you know. See ya in the morning. 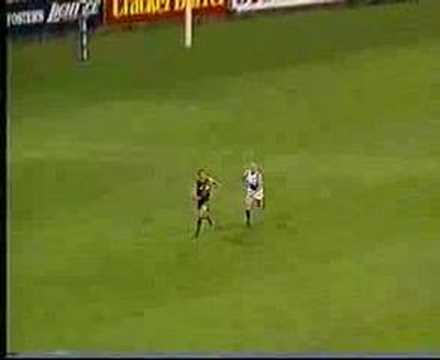 Same for the old blokes in lycra

You check in their “pouches”?

Scariest thing I’ve ever seen was driving out west (near sunbury or something) about 5:30AM, just in this greyish dawn light, following another car about 40-50m in front.

And it seriously looked like a kangaroo spontaneously sprouted from under the car’s back driver’s side wheel. It must have come in under the front somewhere, I did not see it at all.

■■■■■■■ always seem to hop straight off. They seem pretty resilient.