Melbourne Storm today announced the appointment of Justin Rodski as the new CEO of the club.

Rodski, 39, joins Storm after spending 10 years with Victorian AFL club, Essendon FC, where he was most recently Chief Commercial and Customer Officer.

With a background in media and sports journalism, Rodski is an experienced sport executive who has helped to grow the commercial and member base at Essendon to become one of the AFL’s most powerful clubs.

“It is a great honour and privilege to be appointed Melbourne Storm CEO,” Rodski said

“Storm is one of the most respected, successful and prominent sporting organisations in the country. The challenge to build on this strong foundation and lead the club through its next period of growth and success is an incredibly exciting opportunity.

“The role comes with great responsibility. Storm has established a renowned and revered culture, both on and off the field, and I look forward to working closely with the board, staff, coaches, players, members and partners to continue developing that proud legacy into the future.”

Rodski led many successful strategic initiatives in his time at Essendon and has played a significant leadership role delivering key commercial growth, strategic priorities and building a stronger member and fan base.

“We are thrilled to welcome Justin to the Storm family as our new CEO,” Tripp said.

“Justin has established credentials, is well respected in the industry and has a great understanding of what it takes to run a high performing club in a highly competitive market. We were also impressed with his values and approach to people which very much aligned with the Storm way.

“It was important for us to take our time to find the right person to lead this club into an exciting period.

“We have a playing list that we know are capable of establishing their own legacy in the years ahead and commercial staff who have lived through one of the toughest periods of our short history but have continued to grow our club off the field.

“We are excited to have Justin lead our club to even greater heights with new ideas and insights that will give us every opportunity to be successful on and off the field for many years ahead.

“I’d also like to thank Ash Tucker and all our staff for stepping up while we looked to fill the CEO position after an incredibly difficult but extremely rewarding 2020.”

Rodski will start in his new role with Storm on 15 February. 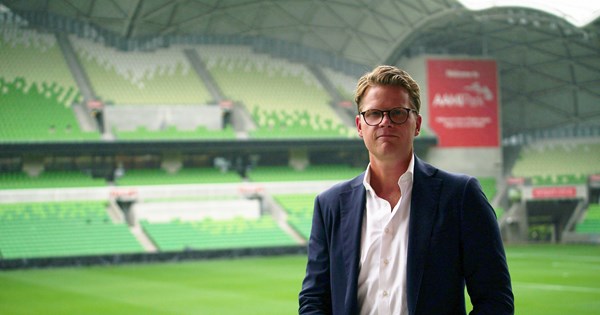 Melbourne Storm today announced the appointment of Justin Rodski as the new CEO of the club.

Dave Donaghy was the best CEO in the business imo, so he has to big shoes to fill.

Was he someone that might have replaced X at some point? To anyone in the know.

CEO of an NRL club at 39 is impressive.

And one of the most successful NRL clubs too.

Good on him, hope he does well!

I saw that and thought, there’s no way in hell I could ceo anything in 2 years time. I can’t even get my kids ready for daycare in the mornings.

Note to the rodski, don’t do a flash mob.

Lol. I shake my head.

Seems to be a few here who weren’t fans… what was the knock on Rodski?

He worked at Essendon and is one of the “boys”?

He will get the Storm’s social media up and humming.

Did my internship at the Dons under Jay Rod. Top bloke. Hope he does well.

Good luck to him