Said tonight he is interested in the whole coaching aspect of the game, and would consider playing one season then move into coaching at that club.

Brisbane and somewhat to a lesser extent are the front runners, but if the missus doesn’t want to move to QLD it won’t be happening.

If he were to stay in Melbourne, would you consider Hodge as a playing coach next year?

There would be room for another development coach i’m sure…

no interest at all. Was cooked this year.

There would be room for another development coach i’m sure…

Don’t think we have the courageous drink driving coach position covered either.

Anyone else see Flog Barrett tweet about this after Talking Footy broke the story?! Pathetic attempt to get the credit for it.

Personally, I think it would be great to see Hodge play for Brisbane - just to ■■■■ the Hawks supporters off.

There’s something else in relation to this guy that gets cooked and it’s not meth but for the life of me just cannot think of it?

WE’RE BACK IN BUSINESS BABY @scotty21 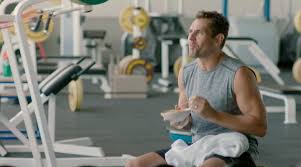 Would make up for us missing out on Jarrad McVeigh.

I’ve already said I’d like Hodge as a coach. Not so sure about the playing bit. Maybe?

I really really want some of that Hawthorn IP, and as much as I think Hodge is a flog, the respect for his attitude and footy brain within the industry appears to be enormous. He would be good for standards, but it’s pretty much sacrificing a list spot for a year.