Any thoughts on wether he would be worth a long shot? See if he gets his head right after the delisting?

Im not too sure how to pull up the statistics but I have liked most the games I have seen with him in. love a bit more aggression around the group.

MITCH Robinson is likely to be delisted by Carlton after minimal trade interest as the bull-at-a-gate midfielder tries to convince other clubs he is worth a punt.

Robinson was suspended several times in 2014 and, after lying to coach Mick Malthouse about a late-night fracas, was put up for trade.

Robinson had knocked back a midyear deal to try to boost his value, before a series of dramatic setbacks.

DEPARTMENT OF TRADE: WHO‘S GOING WHERE?

The Blues put talks on hold, then offered him for trade. Now his delisting is set to occur after the 2pm Thursday deadline.

Hazell said Robinson, 25 and with 100 games under his belt, was too good not to continue playing AFL.

â€œI don‘t think the door is closed on him but it‘s just a case of getting through the trade period and then clubs will see what they need and hopefully an opportunity presents for Robbo after that,‘‘ he said. Carlton will not keep Mitch Robinson on its list.Source: News Corp Australia

â€œClubs will review their lists and see whether they need a Robbo type. He is in good nick, he is training hard, he is certainly in a good headspace and so hopefully an opportunity presents.

â€œHis body is really sound. He has been doing a lot of boxing and running and footy work.â€

Robinson undertook some anger management workshops after his suspensions this year and believes he has those issues in check.

The first window for delisted free agents runs from November 1-11, and Geelong‘s Taylor Hunt is likely to join Robinson in that category.

His manager Anthony McConville said Hunt was unlikely to be traded but had not given up hope of finding a new home.

â€œThere is still a bit of time for that to play out but there is every likelihood that could happen. We will see how it unfolds in the next few days,‘‘ McConville said.

Hunt has taken down some of the best midfielders in the game as a tagger but was overtaken by Cameron Guthrie in that role for Geelong this year.

Gee looking at that photo he must've copped it in the neck, appears to be missing completely.

Concur with the banhammer. 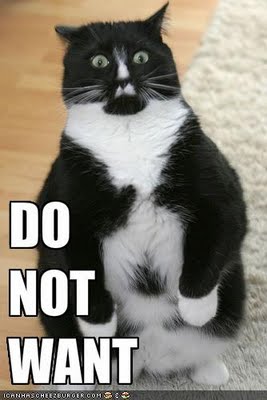 headcase, ■■■■ skills and poor on and off field discipline.

would add a lot to the team, none of it good.

go back to Tassie and get a gig playing with the Burnie Dockers with Jason Laycock, Robbo.

Would singlehandedly reduce the average IQ of our list by about half.

Are his skills really that bad - i admit to not watching that much Carlton but I have always actually liked him as a player - bit hot headed but I love a bit of mongrel.

He has an O chromosome.

Not even as a delisted free agent.

I wouldn't rule it out, but that is just me. Yes he is a Carlton player and yes he's a few sandwiches short of a picnic, but he would add something that I think our team, and our midfield is missing. Aggression. They guy is as mad as a cut snake, but I think he'd be what we need. He is almost kamikaze in his attack on the footy, he tackles with intent, and he doesn't take s*** from anybody. Big risk, but his best footy is very good, a change of scenery would do him good, and it would make me LOL sooooo much if he absolutely dominated against Fark Carlton.

Staggered that this thread even exists, let alone has responses.
Staggered.
STAGGERED…

Saw him at a cafe in Essendon, just over the Brunswick west border, a couple of months ago. That’s as far in as he gets.

What an affliction, he can barely see over that collar.

I predict that he will leave afl and become a fast-medium bowler for England coming off the long run.