Time to start chatting for the new season.

The draft is about 4 weeks away then into training

Raiders are at least 2 seasons away from moving. Be a couple of interesting seasons in Oakland before they move. What will the fans do?

Raiders move in 2020 so a few seasons before they go. I have a feeling that the Baseball A’s will likely want to build a new stadium at the Coliseum site so I would not be surprised to see the Raiders having to share the 'Niners stadium for a season or two.

As for my 'Niners, well good vibes are back again. Very happy to have Shanahan as our coach. I have a feeling we will wait out this season to get Kirk Cousins in '18. Anything more than 4-5 wins this season will be a bonus. But, at the very least we are in full rebuild mode. There is no clear cut QB we would want to waste our number 2 pick on. I would rather we take the best player available.

I thought I read that Oakland would not being playing in Oakland for 18/19 season.

The Patriots have had one hell of an offseason already, Cooks!!

The Full Schedule is out today from the NFL. Pats at home v Chiefs for the opener.

Surely it is Garrett?

Rumours are circling the Browns will pull the trigger on Trubisky #1. Normally I’d ask why anyone would take such a risk when there is a consensus #1 who also fills a need, but it’s the Browns so who the fark knows.

In other news, Peterson signs a one year deal to play with the Saints, and Marshawn Lynch is out of retirement and will suit up with his hometown Raiders. Lynch has been a fave of mine, so I hope he has a good year.

In just the 1st Round my Niners have likely already had possibly their best draft ever. No exaggerations. Convinced the Bears to give up 3 picks to move up one spot. Got 2 huge difference makers on defense.

I’m a niners fan as well. Very good draft so far by them. Let’s see what Lynch/Shanahan can do in later rounds. Bring in some Offensive side of the ball talent I suspect.

Are the Bears out of their minds??

The Bears are crazy.

The Bears were robbed. I am just glad we were the robbers.

Extremely happy with The position selections. DE and OL always a need.

For sports geeks like myself this is a fascinating article on the inside machinations of the draft: 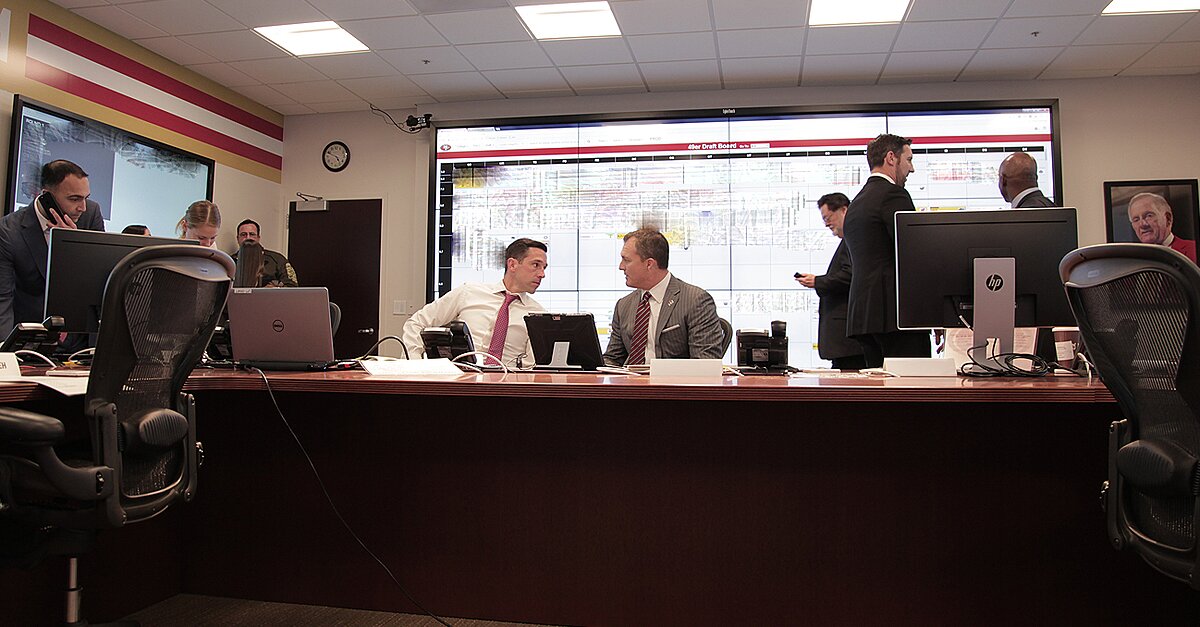 Trades to move up, deals to slide down and the selection of a player not even on the board. John Lynch’s first draft had everything, including historical parallels that gave the rookie GM goose bumps. How it all went down, plus notes on best picks,...

Wow - Jaamal Charles is playing for my Broncos.
One year deal and we didn’t shell out much coin.
Obviously the knees are an issue but would be great if he can get himself going.
Would also be great watching him light it up for us against The Chiefs.
No loved lost there.

Yeah huge pick up if he stays fit

OTA’s have begun…just over 10 weeks till pre-season

Under 6 weeks until Hall of Fame game…yes