OMG guys i think i need to move

I think i need to leave Broadmeadows

these two incidents both happened within meters from our house

A MAN found stabbed to death after a crash in Glenroy was injured prior to the crash, police say.

Emergency services were called to the corner of Widford and Daley streets about 12.30pm.

Paramedics pulled the man from the car and attempted to revive him.

The Homicide Squad is investigating the death.

Senior Sergeant Tim Cron said the man sustained injuries prior to the crash.

“I can’t say when he sustained the injuries, but they did not happen after the accident,” he said. 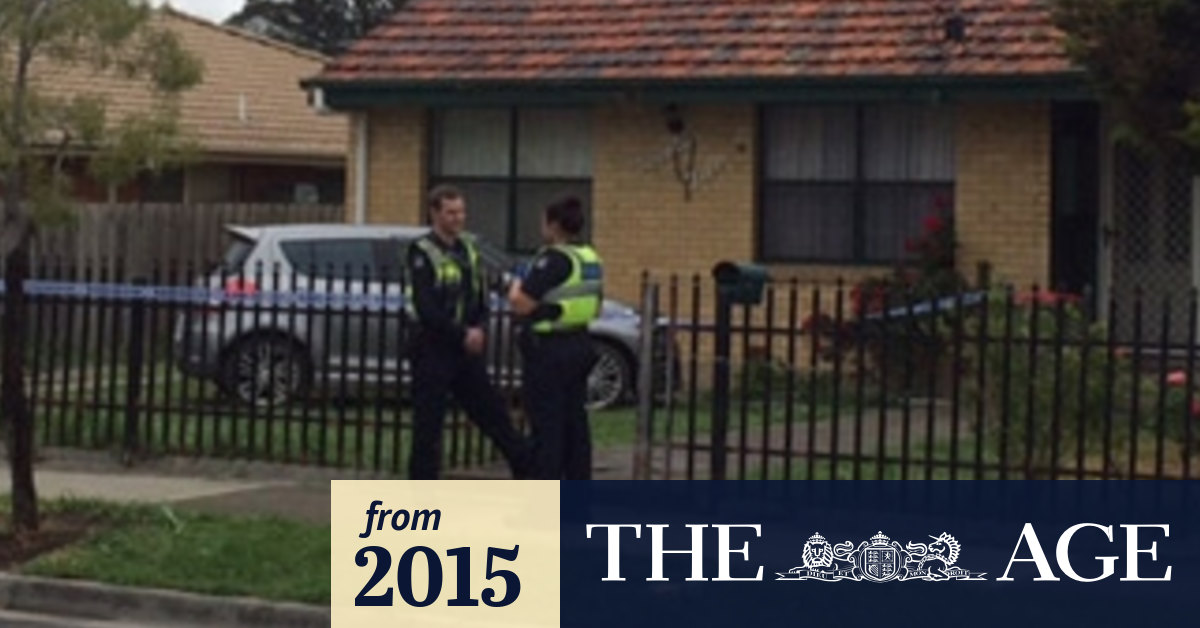 A shooting at a family home in Broadmeadows that occurred just hours after shots were fired in the same suburb could be a case of mistaken identity linked to a known crime family.

Police outside the home in Graham Street, Broadmeadows.

Police outside the home in Graham Street, Broadmeadows. Photo: Supplied

A shooting at a family home in Broadmeadows that happened just hours after shots were fired in the same suburb could be a case of mistaken identity linked to a known crime family.

A family, including two young boys, escaped unharmed after two shotgun rounds were fired into the front bedroom window of their Graham Street home at 4.30am on Monday.

Detectives believe Monday morning’s shooting is likely a case of mistaken identity and, it is understood, the target may have been a northern suburbs crime family that previously lived at the address.
Damage to Graham Street home from shooting.

It can be revealed a previous tenant, a 26-year-old man who is a member of the family, was shot in the arm while visiting Graham Street in May.
Advertisement

Neighbours said there had been a frequent police presence at the home, where cars had come and gone at odd hours, before the family moved out more than two years ago.

The current tenants are not believed to have any ties to the crime family and were “terrified” following the incident.

“It’s very upsetting because they’re an innocent family with two kids and they’re just trying to live a normal life like anyone else,” a relative said.

“Thank God nothing happened to them.”

Monday’s shooting came five hours after shots were fired less than two kilometres away at a car in Camp Road.

Detective Senior Constable Leah Bound said the driver of the car was trying to flee two men who approached him in his driveway and fired several shots at his vehicle just after 11pm.

As the driver hurriedly reversed, he crashed into another vehicle travelling west on Camp Road, injuring two women inside.

“The vehicle that the females were driving in was pushed along the road and into a street sign on the nature strip,” Detective Bound said.

“Both females are OK and have only sustained minor injuries.”

The two gunmen are believed to have run to a silver sedan parked in a nearby side street.

Despite their proximity, police did not believe the shootings were linked.

“There are no connections between this incident and the one last night,” Detective Bound said, speaking outside Graham Street.

The suspected target of the Camp Road shooting was not co-operating with police, Fairfax Media was told, and a man at the home on Monday afternoon claimed to have no knowledge of the shooting.

Detectives are attempting to retrieve CCTV footage from homes near both shootings and are appealing to the public to come forward with any information that may assist either investigations.

Anyone with information is urged to contact Crime Stoppers on 1800 333 000 or they can file a confidential report a www.crimestoppersvic.com.au.

Were they trying to steal your secret confectionary recipes?

the shooting in Graham Street is my neighbours house

Were they trying to steal your secret confectionary recipes?

I thought she was going to complain about being constipated.

Is it a common Broadmeadowsian problem?

What Noonan said. WTF would you want to live in Broady in the first place? JFC. GTFO ASAP. What’s a decent Essendon supporter like you doing living in a town like that?

A local resident, who wished to remain anonymous, said the man was covered in blood when he was pulled from the car.

Jinan, who did not provide her surname, said there was a lot of crime in the neighbourhood.

And here you are posting photographs of yourself all over bomberblitz. I fear for your wellbeing BD.

I once lived in Reservoir for two months. Nearly killed me. Never again.

No surprise to the rest of us.

I thought she was going to complain about being constipated.

Can we make jokes about Arabs?

Only if you can afford to

Can we make jokes about Arabs?

Where are the Broadie boys these days?

I’m sure Chappy’s made good $ over the years. Where would he like to live?

Have you tried Corio?

Buy a gun and join in the action.

the shooting in Graham Street is my neighbours house

worst house on the best street