Ok I know the future is what it is all about. I don’t won’t us to become another MFC where 1964 is still the benchmark. My red and black heart is bleeding at the moment and we must change. But there is also room for us to celebrate our memories. I’ll kick off. 1968. New coach Jack Clarke takes over from John Coleman. Clarke is a new breed, ahead of his time. He institutes the " merry go round" forward line where positional play goes out the window. New training methods and the innovation of a match day game plan. We have the a mix of veterans and some promising new talent such as Close, Pryor and Noonan, and they respond well to Jack, finishing on top. Grand final day, the first I attend with my father. Incredibly windy and yet fast exciting play. Bad news before GF day as Ken Fraser and Greg Brown are rued out through injury. The GF. 117, 000. A record attendance up to that time. A three point loss that could have easily been a win if the wind had not deflected 18 year old Geoff Blethyn’s time on kick for goal. Barrassi gets his first flag and for us it’s the end of a successful era that began in 1940. We rebuilt in the 70’s and the rest is, as they say, history. Can any other blitzes remember that day in 1968. ?

Yeh. Was there with my Father in the old southern stand. I was 11 . Bloody long time ago but I can still remember bits and pieces.

I wasn’t born until April 69 but I’m still appalled by the umpiring that day.

It was terrible, ask any neutral supporter, we were ripped off.

I was there in the old southern stand also. Realised that to lose by 3 points in a home and away game is nothing compared to the despair of losing by such a small margin in a GF.
Walking out of the ground with the WEG premiership posters everywhere.

I was there too. I was 15. My most lasting memories of the day were that we were well beaten, but Carlton kept us in it by kicking something like 7.17 (I think we kicked 8.8). Jesaulenko was a star in those days, and we were an ageing team. I think Epis and McKenzie were on their last legs, maybe a few others. Ken Fletcher was a young wingman back then.
But my most vivid memory is of Wes Lofts running out from the goal square and pushing Alan Noonan fair in the middle of the back before taking a mark late in the last quarter about 30m out dead in front. We’ll never know if we would have won if that had been paid.
From the following year onwards we fell away badly with retirements and young players not kicking on, and it stayed that way until the mid 70s and the advent of the baby bombers.

I’m a bit worried that the opening topic of our proud history is granting Fark Carlton a premiership.

Also there as a 9 year old - my old man said I had a few tears after it - I recall tears of anger at the Ump, though …

Wouldn’t stop any maggot nowadays finding a way to screw us out of a flag.

Carltank played better than us - but kicked badly - but so have the Dons in many a grand final 7.27 in 1948 …
Memories that’s all that’s left to us miserable Bomber fans in 2020 lockdown Victoria. 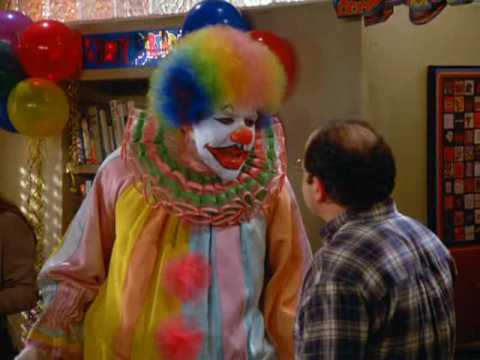 I wasn’t there but I was listening on the radio (no live TV back then). We were lucky still to be in it; 4 goals by the unbelievably talented but underrated Geoff Blethyn helped enormously, as well as FC’s terrible kicking.

Sadly, as you say, it was the last gasp of an era for us (and the beginning of one for FC, who won a lot of flags between then and 1995).

Pryor wasn’t a newbie that day, btw; he’d played in the 1965 flag team as a first year recruit, straight out of Wesley College. Don’t ever think that all private school boys are wusses; he was as tough as they come.

The 1965 GF was by far the best of the lockdown watch alongs.

There was a rumour for many years, and I stress that it is a rumour, that Geoff Crouch and George Harris were good friends. If you watch the match the umpiring decisions of Crouch were in the final minutes of the game disgraceful

Yeah, I hadn’t thought about that. It was my first GF, But no compliments to what the Blitzers call FCFC.

1968 Grand Final Ess had 35 handballs FC had 37 One player has more than that today. It was slow compared to now.

There as a 12 year old. Carlton played better all day but we were always in it. I have a memory of being really disappointed when the siren went as Don McKenzie had the ball in the open on the members wing running towards goal with leads coming from everywhere. (probably completely wrong but this is stuck in my mind)

The family archives have a picture of me as a little tacker running around in an Essendon jumper my mum knitted with Charlie Payne’s number 7 on the back. I remember listening to the 1965 finals on the radio with my Dad. After the 1968 GF I started going regularly, only missing 4 Victorian based games until I left to live in London in December 1993. Went to all the Tuddy games- at least we had a go, the Bill Stephen/Barry Davis years where their was so much hope with a young developing team and then with Sheedy. Best game i saw was the 1984 second semi. Winning in 1984 was ridiculous after 15 years going to every game.

Well said; 1984 last quarter was the happiest day of my life - apart from birth of kids, naturally.
Watched the last quarter again & Lofts push on Noonan didn’t look so bad from the camera angle - used forearm to fend & take the mark - whereas from my spot in the old Western Stand, it looked like a push in the back. Strangely Crouch paid Ken Fletcher a soft free just before, for in the back …

Anyway, the Blue ■■■■■ dominated - we only had a bout 5 inside 50’s for 2 goals 1 - whereas they must have had Joe Daniher disease - missing even open goals in the strong cross-wind, kicking 5 points for the quarter. Faark 'em