How can i adopt a Beaver ? 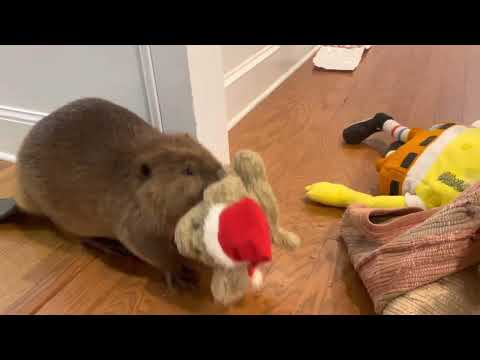 I thought only some humans were hoarders

, the beaver is very cute.

He’s amazing - such a strong instinct to build a dam.
He is also gorgeous….and helping to clean up after Chrissy.

Seal on rampage in Pt Lonsdale 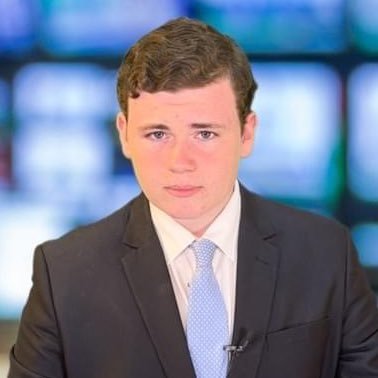 Since getting a beehive, I am much more attentive to plant flowering and what’s on them. Seeing quite a lot of native bees. The literature is mixed on how they get on with European honey bees. Some say they clearly compete, others say they co-exist without obvious detrimental effect. In vic there are no colony-forming native bees. So they might use narrow holes in clay or dead trees, but won’t compete for tree hollows. I’ve seen them feeding side by side, and seen them feeding (conversely) on entirely different things. Blue banded bees for example push their way into snapdragons, and I’ve never seen a honey bee do that.

Reed bee (little native), and honey bee. (All shots on a creaky IPhone 7!) image662×1178 211 KB
Blue banded fully enclosed in a snapdragon (taken from my WFH office while on a Teams call!) And scarpering on exit. Closer shot of a blue banded on a Grevillia- taken dog-walking after work a couple weeks back. Reed bee with pollen on its legs on the wing. Have you noticed any of these bees around, Dave?

The elephant seal has moved to Blairgowrie. A better class of citizens? Public urged to stay away as 500kg elephant seal rocks up in another...

Victoria's Conservation Regulator says the same elephant seal that broke windows in Point Lonsdale on Friday may have reappeared on the Mornington Peninsula. 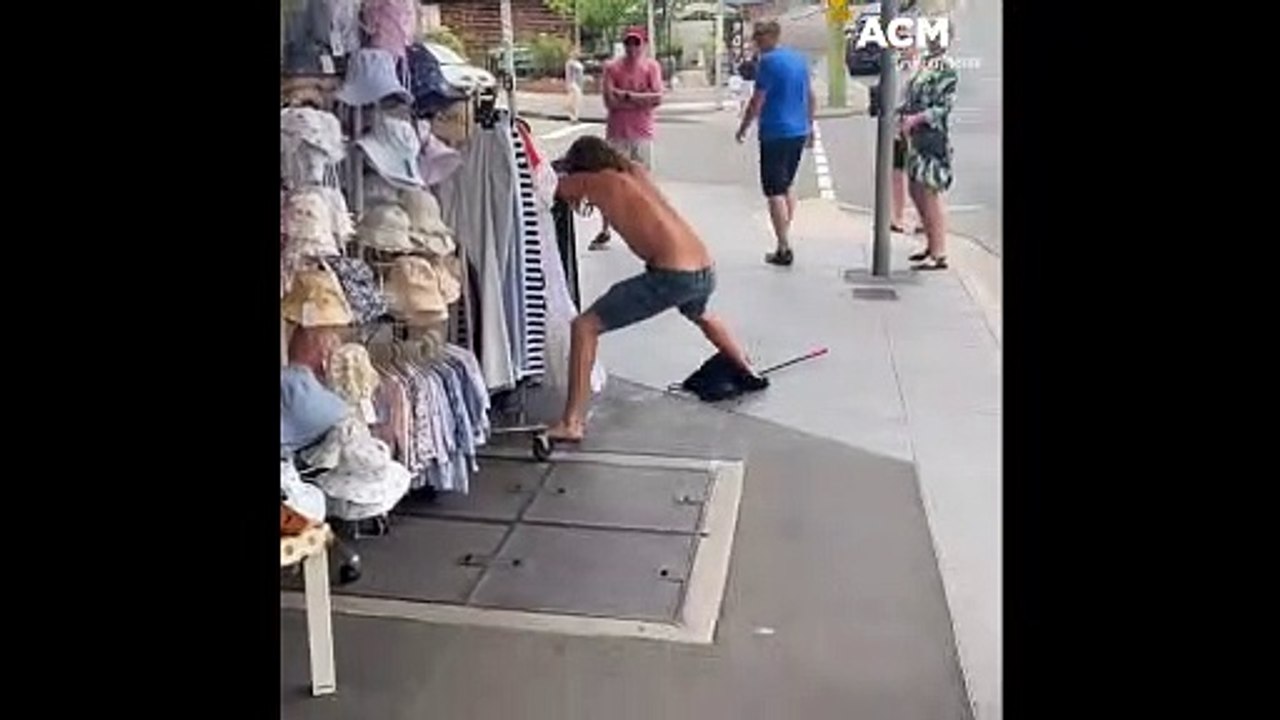 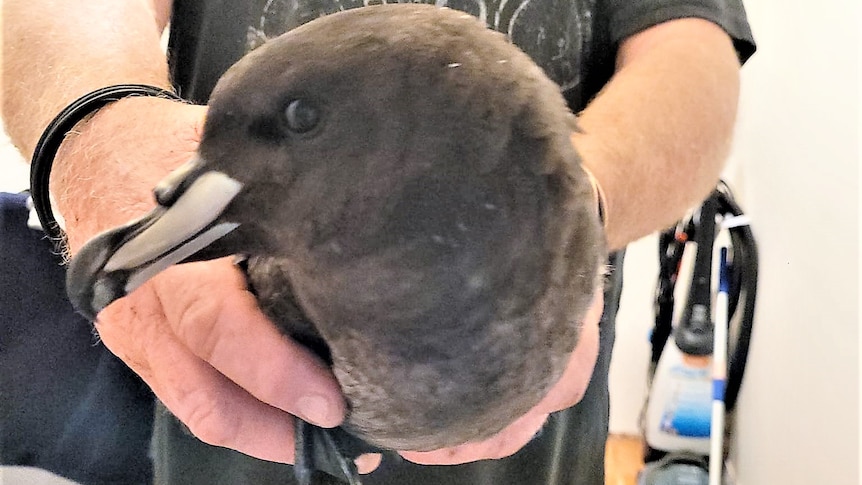 Researchers are scratching their heads after a bird species usually found between New Zealand and Chile is found waddling on a remote West Australian beach.

Westland petrels are found in Tasmania and on the east coast, but have never been recorded in WA.(Supplied: Esperance Roo Haven and Wildlife)none

Lynn Kidd puzzles over the dying bird in front of her.

She has never seen anything like it, certainly not around the West Australian seaside town of Esperance, where she has worked as a wildlife carer for the past 11 years.

It was brought to her by a member of the public, who found it waddling “as if it were drunk” on the beach at Wylie Bay, to the east of town.

Still scratching her head, Ms Kidd sends photos to a seabird expert in Albany, who says she is right to be confused.

“It’s what they call the Westland petrel.”

The Westland petrel spends most of its life at sea, migrating between South America and New Zealand.

It hardly ever sets foot on land.

The bird does travel to Tasmania and Australia’s east coast, but it has never before been recorded in WA.

The question over how it ended up so far off course remains a mystery, but it is one the state’s museum is keen to investigate. 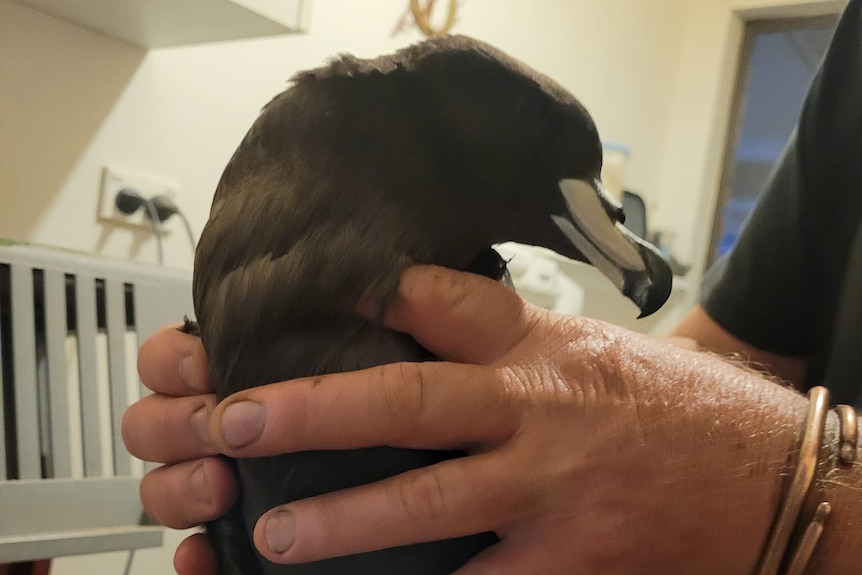 The Westland petrel found at Wylie Bay is the first time the species has ever been documented in WA.(Supplied: Esperance Roo Haven and Wildlife)none

‘Get him into the freezer’

Ms Kidd kept the bird alive for four days after it was found.

It weighed 580 grams — less than half of what it should.

“The Saturday morning, we got up to feed him. We found he’d passed in the night,” Ms Kidd said.

“I then got instructed … that I need to get him into the freezer immediately.”

Word of the lost bird had reached the WA Museum and it wanted to ensure the body was preserved. Acting curator of ornithology Kenny Travouillon said the museum was determined to document any bird found outside its usual range, a group it termed “vagrants”.

“It happens all the time with birds, more than any other type of animals,” he said.

"Because they can fly, they can get other places.

“This is the first time we have this species coming to Western Australia.”

Dr Travouillon said it was important to document vagrants because if more arrived it could trigger the need for new research into anything from climate change to weather patterns, or more subtle possible influences on the birds’ behaviour.

He said the museum seemed to be documenting new vagrants almost every year, but researchers were yet to explain why.

For that reason, Dr Travouillon said, it was important to not only record information about the birds, but to also preserve them.

“Next week a taxidermist will prepare the bird for the collection,” he said.

“The bird will be skinned and preserved as a dry specimen, so any future researcher that needs to look at it will be able to look at it.”

He said tissue, usually collected from the muscle or liver, would be stored in the freezer as genetic record.

While the stuffed bird will not be on public display, but rather in a collection only available to researchers, if an exhibition on vagrant birds was held in the future “maybe” it could make a public appearance, the acting curator said.

Oh, a researcher photo for a media piece!

I’m guessing the photographer prior to the photo was suggesting he look concentrated upon the jars, then asked if there was something on the computer screen he could look at, before settling on holding a pen in front of paper.

The video has been deleted but it’s not me 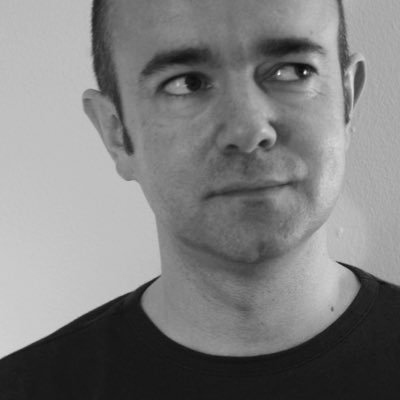 Hate when they have these articles without even mentioning what it tasted like.

Hate when they have these articles without even mentioning what it tasted like.

Like a cross between platypus and koala, I’m told.