By Kate Salemme and Gilbert Gardiner

Collingwood father-son Tyler Brown will make his AFL debut against the Bulldogs on Friday night.

Coach Nathan Buckley confirmed the midfielder will play his first senior game should the Round 1 match go ahead.

Brown was told the news in front of the playing group this morning.

"That’s probably the weirdest way to play your first game if it happens.

“We announced that to the playing group this morning … that’s the environment, no one gets to choose what happens around them but I’m pretty sure if we’re playing on Friday night that Tyler isn’t going to mind too much.”

The 20-year-old is the son of 1990 Collingwood premiership hero Gavin Brown and is the brother of fellow Magpie Callum Brown.

The brothers will play together against the Bulldogs.

Should the game go ahead, Collingwood will ask the AFL if Brown’s family can attend the match.

“We’ll definitely be asking the question (parents and sister to attend), if they could be, the mum, the dad and sister, his brother will be there because he’s playing as well, but if mum and dad and sister can be three of the 100 then we’ll do that, or just open the roof a little bit so we can get another 400 in,” Buckley said.

“He’s a great talent, he’s actually had really good form over the last three or four weeks on the track and in the Marsh Series games,” Buckley said.

“He’s adaptable, he can play midfield, he can play on the wing, he can play forward, we’ve seen enough to think the time is right to bring him in and give him a crack and if you’re talking about energy from outside the fence, there’s nothing like having a debutant to galvanise the players in to understanding how important we are to each other just to provide that energy.”

Brown was drafted with pick No.50 in the 2017 national draft.

Man, the drive-throughs of these joints are going to be chaos.

A pot, some good Oil, (Rice Bran, Sesame etc), and high quality frozen Chicken Nuggs is your saviour over the next few months mate.

“We’ll definitely be asking the question (parents and sister to attend), if they could be, the mum, the dad and sister, his brother will be there because he’s playing as well, but if mum and dad and sister can be three of the 100 then we’ll do that, or just open the roof a little bit so we can get another 400 in,” Buckley said.

FC getting smoked by Martin and Co in an empty stadium.

Unloaded on GC to beat Port.

They are a massive shout

Is it even happening?

So not confirmed yet

After a day of high-powered talks between AFL and club officials, a decision on whether round one commences as scheduled tomorrow night should be known within the next hour.

AFL CEO Gill McLachlan remains in talks with the AFL Commission after conversing with club hierarchy this morning.

We’ve already heard from a handful of clubs today including Collingwood and Richmond, with the majority preparing to play - the Tigers in just over 27 hours’ time.

Richmond coach ​Damien Hardwick went as far to say the Tigers expected games to be shortened as a way to accommodate a potential glut of closely scheduled matches.

News outlets and talkback radio remain on standby to report the AFL’s decision, after the League was essentially given the right by the Federal Government this morning to make their own call.

A media announcement is expected in the next hour or so.

WERE IN OR SO TIME PEOPLE 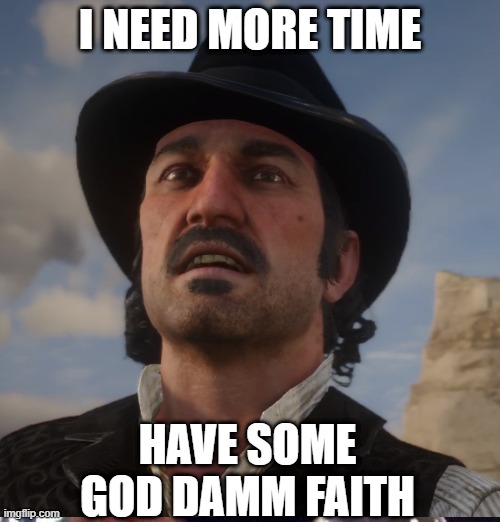 Sorry, with the uncertainty for the season ahead, I just needed to unload all that now. Feel much better.