100%. They were both pissant clubs a few years ago, now ones semi decent and it’s hardly even a contest.

Goodwin confirmed that Viney, Hibberd and Melksham won’t be playing this week for Melbourne.

Be careful what you wish for. In the SANFL the ANZAC Day game is the reigning GF participants.
Let’s those two have their round 1 opener and that will keep them quiet

Goodwin confirmed that Viney, Hibberd and Melksham won’t be playing this week for Melbourne.

I wish l had known that a day or so ago, before l did my From Long Range tips.

Tigers all the way. Fark Carlton

OH BOY WOW WE RICHO LOOK AT THE TIGER AMRY

only kiss of Death would be selecting the blues

Tigers will do them by 50 points, Carltank are absolute trash while Richmond are as good is it gets over the last 4 years

No Richmond will look like doing them by 50 points, cruise and just settle for a win by 3 goals or thereabouts. Happens every year.

Season over for Carlton after that. 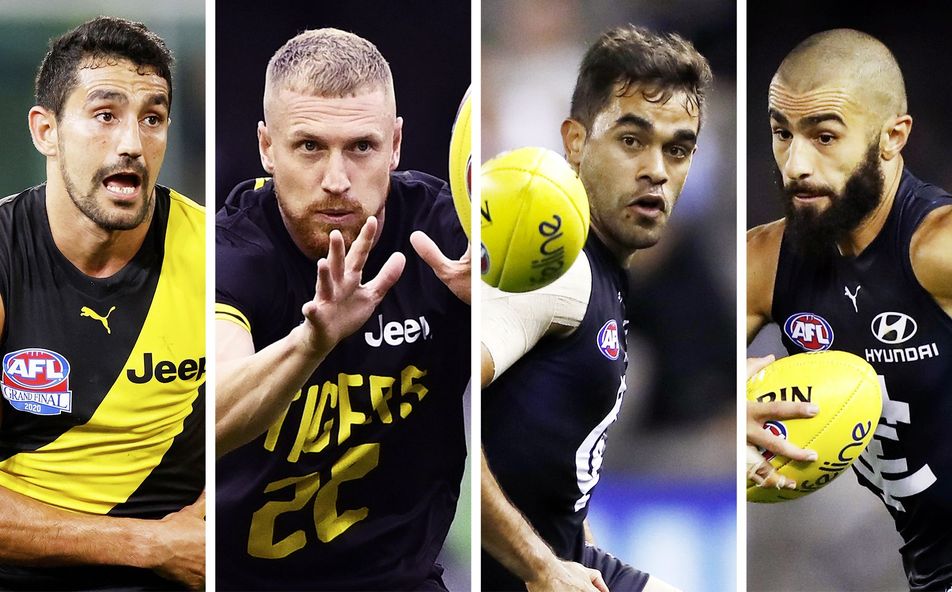 CARLTON will be without Jack Martin for its blockbuster season-opener against Richmond on Thursday night, while the club has overlooked veteran forward Eddie Betts as he continues his recovery from a calf injury.

It comes as reigning premiers Richmond makes two changes from its Grand Final side, with forward pair Josh Caddy and Jake Aarts rewarded for strong summers on the track with their inclusions.

Betts was declared fit for the round one clash despite failing to take part in either of Carlton’s two practice matches against Essendon or St Kilda, but the Blues have opted to take a patient approach with the 34-year-old’s start to the year.

Martin is also absent after dealing with a calf complaint that forced him to sit out of training on Wednesday morning, with their omissions in the forward line meaning opportunities have been handed to Michael Gibbons and Lochie O’Brien .

Caddy and Aarts return for the Tigers after missing last year’s Grand Final, though Bachar Houli is sidelined due to a calf injury and Marlion Pickett has been left out of the team after he was trialled across half-back throughout pre-season.

Pickett could still be named as the medical substitute, having been included alongside Will Martyn , Jack Ross and Mabior Chol among four Tigers emergencies.

The Blues have named Matt Cottrell , Oscar McDonald , Liam Stocker and Matt Kennedy as their emergencies.

Both clubs will be allowed to pick the 23rd man for their team from the emergency list, with those players able to cover for any match-ending injury suffered across the course of the night. The substitutes will be confirmed 60 minutes before Thursday evening’s 7.25pm AEDT bounce.

That would be the best

The way the Pies treated Treloar and then forcing him out the club was nothing but disrespectful.

Treloar was a Pies supporter iirc imagine that the club you supported as as kid turfs you out.