[team to come, tomorrow; was wondering why they were slow. Oops.]

If you mean this one, it’s the one I’m referring to.

Ok, so after more than a week, this game hasn't appeared on the 7 VFL page, &, for whatever reason, seems it will be the only one televised, that won't be, .. and just so happens to be the only one I missed recording.

Also seems our Estonian friends have not bothered with the VFL games this year. Anyone know anywhere else I might get this one from??

channel 7s online replay, they keep them up for a month.

Ok, so after more than a week, this game hasn’t appeared on the 7 VFL page, &, for whatever reason, seems it will be the only one televised, that won’t be, … and just so happens to be the only one I missed recording.

Also seems our Estonian friends have not bothered with the VFL games this year. Anyone know anywhere else I might get this one from??

Gach. That injury at the first bounce cost us the game i mo, because it really effected our stoppage setups with Smack sitting in the stands. After that, we needed all and sundry to try to pinch hit in the ruck at times, as Michael could not do it all on his own.

Edwards . Can mark, can kick, can jump, can run , can handball. Just cannot put it all together under pressure. Very disappointing.

Longy continues to develop really well. Has played as a half forward , winger and now as a defender where he is playing with a lot of composure and is surprisingly tough. He has broadened his footy resume and deserves an AFL debut this year.

Francis: Its no certainty that he plays AFL this year. It may take years for this guy to attain the elite match fitness expected of an AFL player.

McKenna. Needs to get another go in the AFL, at least 4 games . Tippa one side, McKenna the other. Running power and elite kicking on reboun d and I50 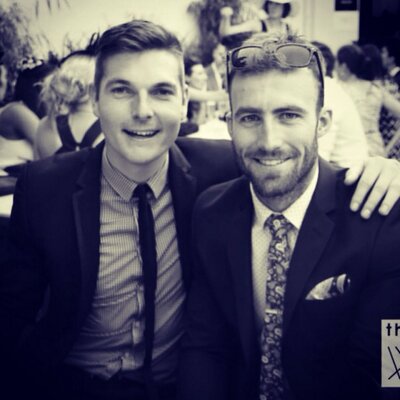 Resilient & tough beyond measure. The reason I chose to wear the #64 this season. You can have #64 back now mate. twitter.com/EssendonVFL/st… A listed VFL player running out for a local footy game normally isn't something to celebrate, but for Charles Lill this was no ordinary match.

Thought it was well worthy of pasting here for the non clickers.

Great story, lets hope he gets back & helps the VFL Dons take a flag.

For a listed VFL player, a game playing for your local suburban feeder side is not usually much to be celebrated.

But for Charles Lill running out for the Essendon Doutta Stars on Saturday was a moment 12 months in the making.

“It was probably almost 12 months to the day that I presented at the hospital with a football injury,” Lill said.

“At the time I had a small knock to my abdomen playing football, there was a lot of pain there. I was initially diagnosed with some internal bleeding and was told that it would take three or four weeks to drain out from my abdomen.

“Five weeks later the lump there hadn’t gotten any smaller which was when I was referred to Peter MacCallum Cancer Centre where I was diagnosed."

In September last year after his diagnosis with a type of testicular cancer, Lill underwent three months of rigorous chemotherapy prior to Christmas.

After moving from Perth to pursue his AFL dream with the Essendon VFL for the 2015 season, Lill went home to the west for a month to catch up with friends and family.

He returned to Melbourne for major surgery at the end of January.

“The surgery was to remove whatever remaining dead cancer tissue was there from the chemo. It was a big surgery where they essentially cut through the middle of your abdomen,” Lill said.

“It was invasive and traumatic because the lump that they had to remove was at the back of my abdomen but they had to enter through the front.

“When I was initially diagnosed my oncologist told me that football in 2016 was an unrealistic goal and he wanted me to keep track of my expectations so I wouldn’t be disappointed at the end of it.

“When I first heard that news that was almost the biggest shock I had through the entire thing, when it hit home what had actually happened.”

The 21 year-old spent seven days in hospital and another month at home trying to get on top of walking.

Football at that point was a long way off, but a guaranteed spot on Essendon’s VFL list and a chance to add to his one VFL game pre-diagnosis gave Lill the drive and inspiration to not let the club down.

“It’s probably taken me four months of pretty hard training to try and get myself fit enough and back to a point where I could play again,” he said.

“I’ve been pretty motivated through the whole process to try and see if I could get back and make whatever happens a better result than I was expected to achieve.

“It took me eight to 10 weeks post surgery before I could start ramping up any sort of running or weight programs. Up until then I’d been walking and that had been a good start.

“Since early or mid April I would say I’ve been flat out training every night of the week and Saturday mornings.

“Almost every session you are pushing yourself to the limit so it’s been tough and the fitness staff at Essendon ride you pretty hard but I’ve enjoyed every moment of it.”

At peak fitness last year, Lill weighed 90 kilograms but dropped down to around 80kg following the surgery. His intense training regime has seen the majority of the weight return, but it hasn’t been the only side effect.

“The other one is my aerobic fitness, one of the chemotherapy drugs Bleomycin takes a very heavy toll on the lungs. I don’t want to hide behind that but I’m still struggling to get to the same sort of 2km time trial time I was doing last year,” he said.

Reflecting back on his journey to his return to the field, Lill said he couldn’t have done it without the support of the Essendon VFL and Doutta Stars Football Clubs.

He describes their support as ‘phenomenal.’

“I’d only known the boys and the clubs for eight months when I was diagnosed and couldn’t have asked for a better response,” he said.

“The boys came over and saw me every week and I had messages flying in all the time. Just knowing that they were thinking of you and supporting you in that way was huge for me.

“Both clubs offered financial support along the way and certainly for Essendon to say that they would hold a spot on their list for me for when I was fit enough, which was essentially weakening their squad I suppose, really gave me something to look and work towards - that was extremely generous.

“I’m extremely grateful to both the football clubs."

There was a lot of hype and build up for Lill’s return for the Stars against Strathmore in the Premier Division of the Essendon District Football League on Saturday.

“I certainly had a few butterflies floating around during the week,” Lill said.

“I was pretty toey on Friday night and Saturday morning but once I got into the warm up and on the ground everything felt pretty normal and relaxed, it just felt good to be back out with my mates.”

The Stars went down to Strathmore by 54 points.

“Unfortunately we lost badly which wasn’t good, I thought my contribution was probably par given the circumstances. I got a few kicks, made some errors along the way but I felt like I contributed reasonably well,” he said.

With a return to the football field complete, the popular member of the Bombers VFL squad has set his targets on a new goal.

“I feel I have something to offer and to contribute to the VFL side, I’m not putting a ceiling on any expectations at all,” he said.

“I need to get through the next couple of weeks with Doutta and get some form and fitness back and hopefully in a month or month and a half I might be in a position to challenge for the VFL side.

“Both sides I’m playing with at the moment are still very much in touch with finals and I’m extremely motivated to contribute to one or the other in some way if I can.

“Its nice to be in the position I am, it’s extremely satisfying.”

The lads need to put in a really big effort this weekend. Hope Redman and McKenna swap spots on the day though.

Grimley back from injury, Carboni potentially in. McNeice back (why did he miss the previous week?)

History suggests this is an impossible physical anomaly.

History suggests this is an impossible physical anomaly.

Not if you go to another game!

Solid team. Should be a great game!

Reading the article on Lill reminds you of the good side of football. That our club and Doutta Stars would support a young bloke in his situation like they have is what makes the sport, and the club environment, something we love.
It is hard to remember that aspect sometimes, when the AFL carry on like they do, and the football world does what they have done to Essendon. But the club continues to earn our respect and admiration.
Good luck to the kid. We all wish him well.

Don’t waste our time with naming Francis at Full Back

WTF is Nash Holmes playing for. Tell him to fk off to Spain until October when we rookie him.

■■■■■■ that I have to work. Think we have a real chance to show the home crowd a great game. Get down there if you can and make some noise!!

Today is it, Stokes can’t have many more games at senior level. Yeast gonna grab his opportunity today and take that debut waiting for him next week.