Coaching great Mick Malthouse has spoken to a suspended Essendon player, the AFL and the AFL Players Association about providing guidance and training for some of the banned 34 during their season in exile from the game.

Malthouse, the AFL’s coaching games record holder, has spoken to one of the players, who, in turn, put the idea of Malthouse providing guidance to other ex- or current Essendon players serving bans for doping offences.

Malthouse confirmed on Saturday that he had been in conversations with the AFL, the Players Association and one of the ex- or current players about whether he and his long-time fitness lieutenant David Buttifant could provide the suspended players with a structured program that would help prepare them for the 2017

The AFL has informed Malthouse that, since he is no longer coaching a club at any level, he can deal directly with the players without repercussions for the players or himself. Under the terms of their World Anti-Doping Agency suspensions, the 34 can train together, but cannot be prepared or coached by WADA-compliant sporting teams or officials. Coaches who are actively involved, at any level of Australian football competition, cannot assist the suspended players under the terms of the bans, or they also risk penalties for themselves and the players under the AFL anti-doping code.

Malthouse stressed that it was unclear whether it was feasible for him and Buttifant — who have set up a business together — to provide a program for suspended players during 2016, given the logistics involved, such as the need for a doctor and insurance to cover any injuries and training venues.

There is also a question about how such a program would be funded, whether it could be paid by Essendon, the AFLPA, the AFL, the players themselves or another method.

But Malthouse, who coached three premierships and served four clubs in his 31-year coaching career, said he would “love” to help the suspended players — 17 of whom are still in the AFL and a dozen at Essendon — to prepare for 2017.

“If the opportunity arose, I would love to help get them to September-October.” The vast majority of the 34 suspensions finish in November.

The 34 players’ appeal to a Swiss court against the Court of Arbitration for Sport’s verdict is considered unlikely to see them play this season, even if it succeeds, because it would be several months before it would be heard.

Players can receive a further ban of up to two years if they violate the terms of their suspensions.

Malthouse, who expressed sympathy for what the players had endured, said the suspended players had to maintain mental and physical states and stay in touch with the game. "The thing I want to see is [for the players to] get through the year in a good mental state – that’s the priority. Second, get fit in regard to getting ready for the following season … and keep up with what’s been going on.

“I want them to have ownership of their own life.”

Malthouse, who coached West Coast and Collingwood to flags and was dumped by Carlton mid-season last year after breaking the games record, added: “I would like to think we’re going to approach it with a holistic view.”

Malthouse is already employed by Eddie McGuire’s media company to be coach on the Foxtel reality television program The Recruit, which sees at least one winning player drafted on to an AFL list.

The banned 34 consist of 12 at Essendon, with a further five on senior lists at Port Adelaide, the Bulldogs, St Kilda and Melbourne, and then a number who have been suspended from playing or coaching in secondary competitions in Victoria, South Australia, Western Australia and Tasmania.

Malthouse, clearly, could assist all 15 Victorian AFL players and potentially a number of others.

Malthouse and Buttifant have set up a business, Keen Edge, to provide leadership and practical methods for life balance. Buttifant was head of fitness under Malthouse at Collingwood and Carlton and left the Blues at the end of 2015. 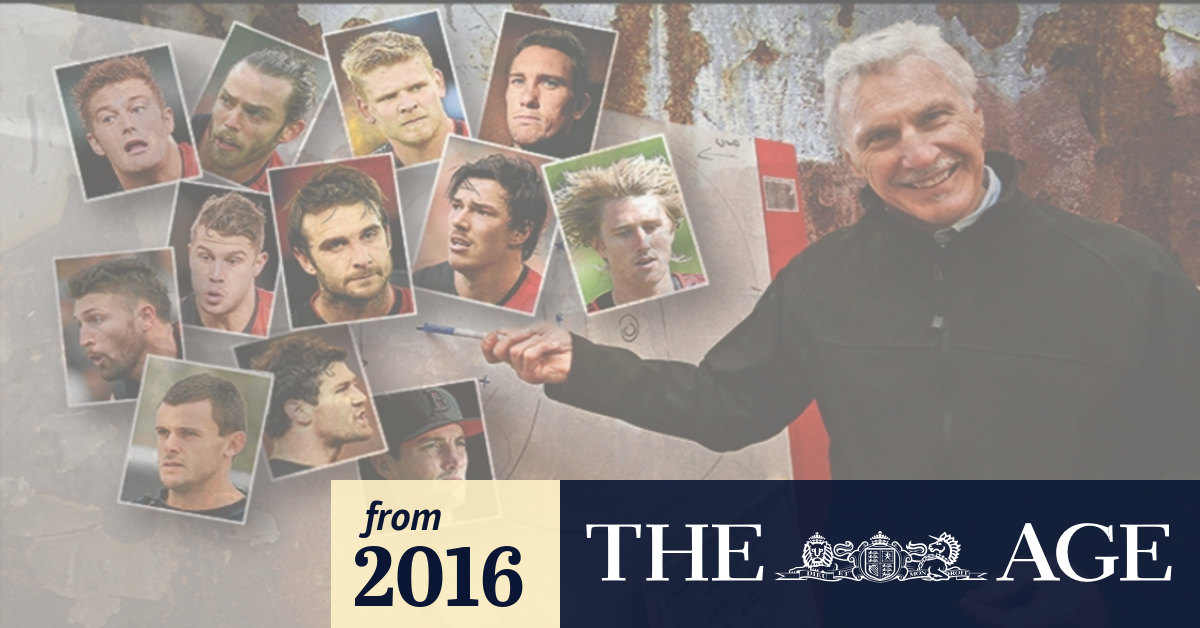 Some Essendon fans will recoil at the notion of Mick Malthouse acting as the good shepherd to a portion of the 34 during their season in exile. They shouldn't.

Makes sense to me, I don’t like Malthouse but he would probably be great in such circumstances.

Bellchambers can train with mick then…

I can’t be the only one hating this purely because of all the ■■■■ I’ve sent the way of Carlton supporters over the past couple of years regarding Malthouse.

I remember this going around the internet last year: If this 2016 arrangement works out, it may help to keep any of the 12 that may consider leaving for another club.

If this 2016 arrangement works out, it may help to keep any of the 12 that may consider leaving for another club.

Not saying I would want Mick to be an assistant, just going with a cas styled logic.

careers over. pack up boys sue essendon for a few mill each.

No thanks, couldn’t think of anything worse.

Give it up old man!

Noble, but the man would drive me nuts with his philosophising.

But they are Malthouse fans?

Relevance deprivation syndrome in full flight here … just wants back into the newspapers any way he can.

Come on guys he hates chicken ■■■■ Stevens as much as us.