Things have certainly crumbled at Adelaide, ever since the stance in the grand final followed by the absolute pounding, followed by the shenanigans at the team camp, it has been a descent into total and utter mediocrity. Change by the way of the coach has arrived but even that felt left field and as if the process got messed up along the way. Signs point to a tough year.

The backline keeps losing tall backs and has done so for a while. Doedee will be back but they have lost Keath and it looks thin back there with Talia there main tall defender. They are solid for run off the half back with Laird and Smith being pretty good users. They will be looking for Jake Kelly to step up this year.

The midfield looks thin, Sloane had good games last year but is starting to look beaten up and not having the same impact, the Crouch boys put together great stat sheets but I don’t feel like they really impact the game the way they should. They need Seedsman and Atkins for run but especially with Seedsman I feel they lack real impact. They need Gibbs to find the four year ago version of himself and impact the game. Something needs to go right for them to have an impact.

The forward line is toast. Taylor Walker looks shot and without a serious change of form is in the final stages of a middling career that probably never reached the heights it was capable of. Fogarty should give them something to get excited about. I am not sure how Lynch will go as I feel he benefitted a lot from Jenkins drawing a defender and he is gone. Their small with Jones and Milera look good.

The ruck is an area they don’t need to worry too much. O’Brien looked good for a young ruck last year and they traded Frampton in which gives them good depth as well. I don’t know how to rate Nicks as a coach, he didn’t feel like their first or second choice and I haven’t heard much of him in general coaching discussions.

Adelaide look cooked for mine. I don’t see where they could find the improvement necessary to push up the ladder and with the age or their key players combined with the players they lost, it feels like another slide to me. They still have a significant home ground advantage and I think will win enough at home to not fall too far. I think they will finish between 12-14

Midfield looks ok forwardline trash, Crows should finish in the bottom 8 again. time to blood some time into youngsters. Himmelberg/Frampton/Fogarty will all be tried up forward.

If clubs can shut down the Texan then the crows will struggle to score. bottom 4,maybe even bottom 2 if they cop a few injuries

I notice Josh hasn’t been seen here since the Crows drafted him.

The club that most needed to hit the reset button after how disastrously they responded post the 2017 GF. Clearly all was not well over 2018-19, Pyke is gone as well as other key figures from the football department. They can start afresh, get some youth in and go for the rebuild. There is still some good experience in Walker, Sloane, Talia, the Crouch boys, Rory Laird, Tom Lynch, etc. But the safety net will be taken out from under the young brigade, so they will have an opportunity to establish themselves at AFL level. Nicks comes in highly regarded from his time at Port and GWS, very much in that new breed of coaches who try and build relationships with their players as much as being a tactician. To quote Paul Keating, this is the recesssion the Crows had to have. I’d say bottom 4.

will finish above essendon

Hate these prix but they won’t be as bad as people are thinking. Will be right around us in that 8th-12th region

Someone from the Crows just checked my LinkedIn listing. Can’t say any more.

Adelaide is almost as far from my home as Casey Fields.

Will finish in the bottom 1/3 of the ladder. Fogarty will be a gun, but Tex is toast. The young ruck they picked up last season is also shaping up nicely. The midfield looks very pedestrian, and their forward line lacks class. They will struggle big time.

Do we want to try and woo another Oirish lad?

After training with Adelaide, Cathal McShane will remain in Ireland 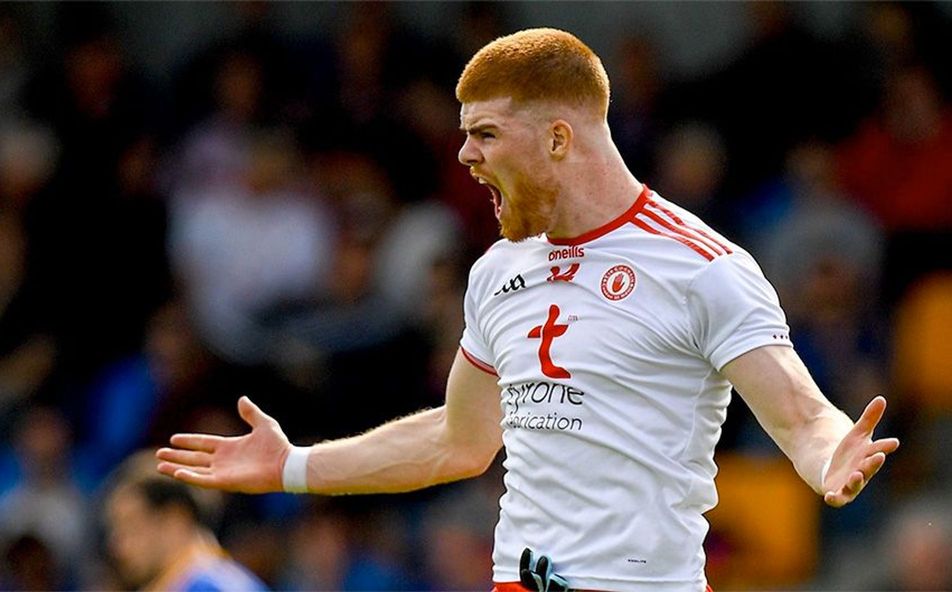 Cathal McShane will return to Ireland after training with Adelaide. Picture: afc.com.au

IRISH star Cathal McShane has chosen not to pursue an AFL career with Adelaide.

The 24-year-old spent 10 days with the Crows in January as he considered becoming the latest player to switch from Gaelic football to the AFL.

McShane’s flirtation with an AFL career caused major and ongoing headlines in the Irish media, after he was the top scorer in last year’s All-Ireland Championship.

His stellar Gaelic football season was rewarded with All-Star selection, effectively the Irish equivalent of the Virgin Australia AFL All Australian team.

Adelaide list boss Justin Reid said McShane determined it was in his “best interests” to stay in Ireland.

“It is a big decision to relocate to the other side of the world and pursue a professional career in a different sport,” Reid said. 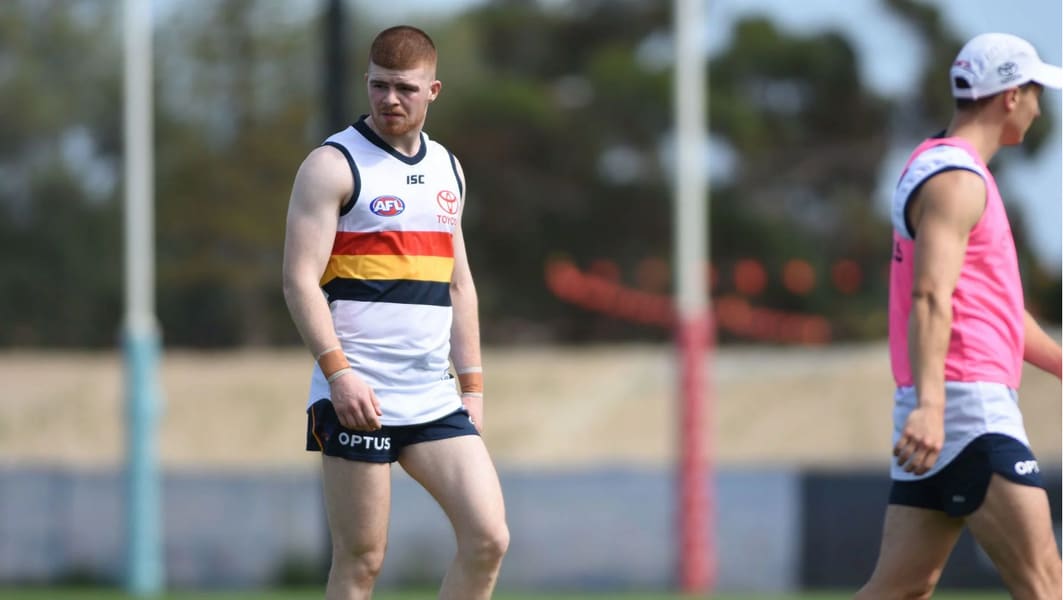 "Ultimately, this was not something that Cathal was ready for and we wish him the very best in his endeavours both on and off the field.

“We will continue to look for opportunities to bring talent into our club.” 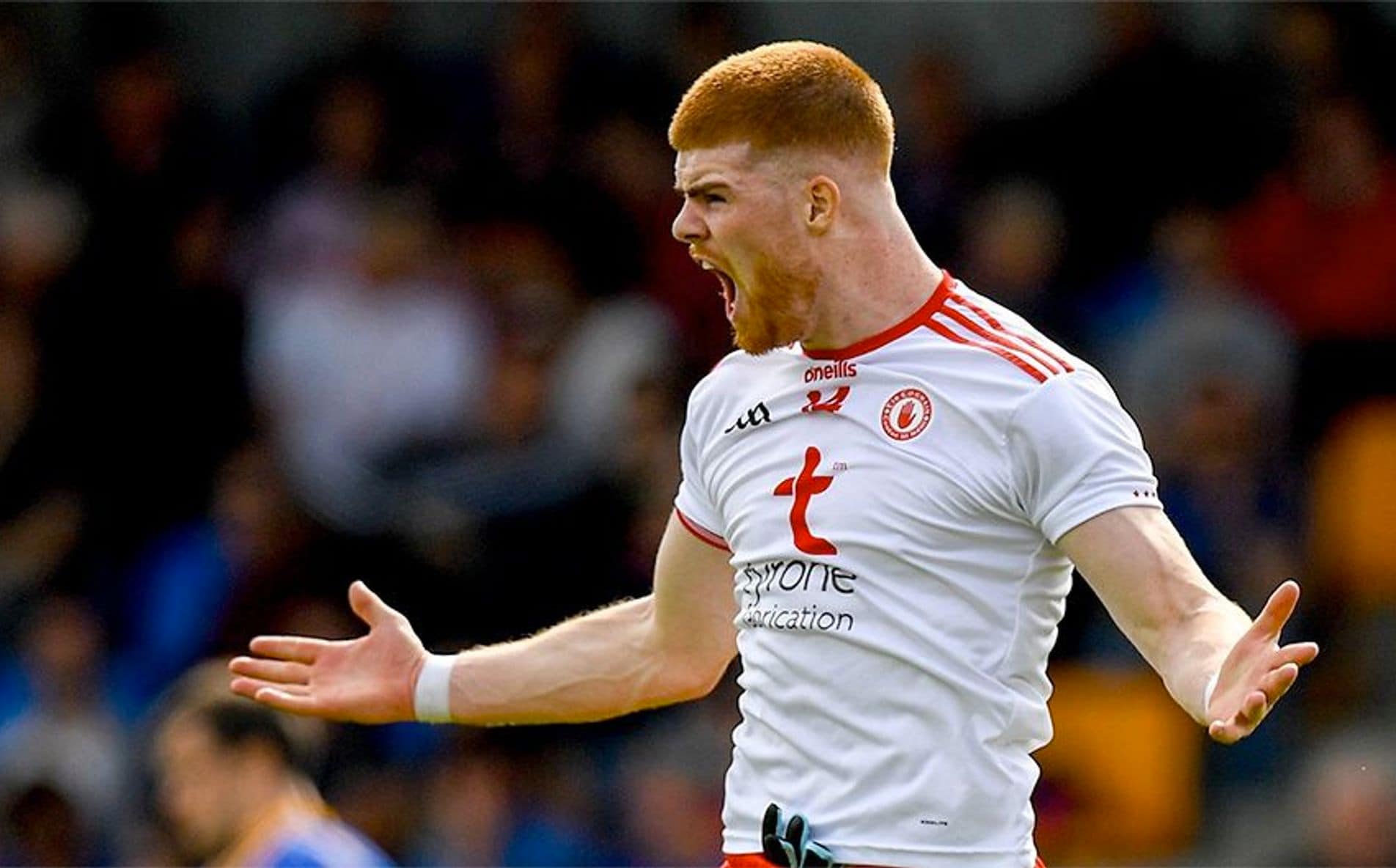 After training with Adelaide, Cathal McShane will remain in Ireland

IRISH star Cathal McShane has chosen not to pursue an AFL career with Adelaide.

I think the food put him off. Or he found out about Radelaide’s player camp and culture and said thanks, but no thanks.

Adelaide in freefall since 2017, and they were able to achieve it even without a chairman like Kochy.
They are even finding it hard to win home games at what is supposed to be a “fortress” .
Around 10-12th I would think.

Or he found out about Radelaide’s player camp and culture and said thanks, but no thanks.

Or he just, you know,… saw and experienced Adelaide, & said nup.