There are a few subplots playing out at Port this year, none more so than the coaching job. He is coming off a lean couple of seasons at a time when Port probably thought they were getting ready to challenge. They look to have drafted well and have some great young talent coming through, I think they will need to make the finals this year for Hinkley to see next year.

The backline looks short for me, they have Clurey and Jonas but the third tall worries me, they cant afford either of those players to miss significant games. Burton is not an accountable defender and plays his best football as a distributor off half back as do Hartlett and Bonner. Byrne Jones is coming off a very good season. They used Houston down back last year at the start of the year but he started seeing more serious midfield minutes as the season went on.

The midfield is their strength, Wines and Rockliff bring ballwinning experience along with Boak. Duursma gives them genuinely good spark and looks like a gun. I think Rozee may float up a little more this year and they have Houston who put some good numbers up towards the end of last season. The worry for me is still leg speed and two way running, there were times last year when they didn’t work hard enough.

The forward line is very hit and miss. They are desperate for Dixon to stand up and have a stellar year. They can’t keep relying on Westhoff who will be 78 years old at the end of the season. Marshall looks a player and I think this could be his year. They have strong smalls with Ebert, Gray and Rozee as well as Drew who looks a player. When they click, there is a lot to like.

I don’t know what happened last year with Lycett but he fell in and out of favour. He will start as their primary ruck and he should go ok. He isn’t a super star but he will be a solid performer, they have Ladhams coming through and I was surprised they let Frampton go so easily. The coach is an interesting one, he has had some pretty good seasons at Port without ever feeling like they were a serious challenger, there is enough talent on their list this season and no excuse.

I think Port with their home ground advantage will trouble a lot of teams this season. They have drafted well and have a good mix of youth and experience. Their top end talent is good, the only worry for me if the lack of really high quality talls. I think the list they have should carry them into the bottom of the eight with them finishing between 6-8. 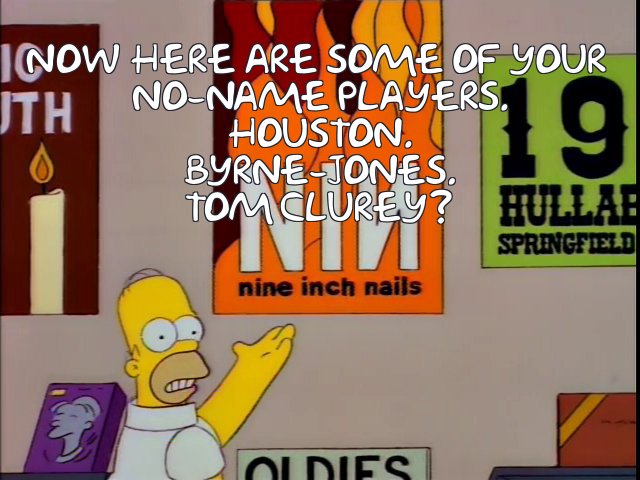 I think Hinkley gets the sack this year. Club is going all out with their 150th anniversary and the players won’t be able to handle it.

Personally I hope they’re bottom 4 but it’s hard to disagree with your assessment.

God I hate the Koch-head.

I’m working with PAFC this year on their data input and modelling, so I should be able to provide some excellent insights. But I can’t, because I know nothing, except that Robbie Gray’s a gun. How the hell did he only finish 10th in the John Cahill medal last year?

If they get a few injuries to senior guys they will be in trouble as dont have many ready to go experienced players to call upon.

But port have some nice talent coming in again, it will be harder for them to make an impact like last years crop…Williams, Bergman, Georgiades, Mead all top 30 quality talent.

Wylie Buzza retread to sure up ruck stocks after the departure of Ryder and Frampton.

Boak, Rockcliff wines looks a little one paced in the middle, but Amon and Duursma and Rozzee add some nice spark.

29 Goals from Rozee in his debut season is a impressive effort (won port goal kicking too).

Port Will still rely on Westoff up forward and hope Dixon can consistently get on the park.

Hartlett, Bonner and Burton all in defence looks a little loose - as they all like a run. they will need to tighten up back there, or it could be a attacking weapon for them…

Sam Gray and Ryder were 3rd and 4th highest for goals…(after Rozzee and Robbie Gray) .so Port may miss them more than they think. But gives them opportunity to play a kid there and develop them.

They might do badly, but they’ve got a hell of a lot more young talent than us.

If a neutral was looking at their list objectively, there’s a much stronger case to be made that they will improve as opposed to us improving.

Their list is actually in good shape evn though their key forwards haven’t performed strongly in a while. I came into this thread to say that Port are another club who perrenially overrate their list (just like us), but looking through the names of Burton, Bonner, Duursma, Rozee, Butters, Marshall and Drew, their young brigade look class. Add onto that Lycett, Boak, Wines and Gray and there is some serious talent. I think if a good coach uses SPP and Rockliff effectively as enforcers as well as bring their talent together, they can do some damage in September.

All that said, I’m not sure Hinkley is the one to bring all of that together anymore. The team went full money-ball with Watts, Rockliff, Thomas and Motlop and within one poor season, flipped their strategy completely and went to the draft. Despite that being a solid draft for them, I would expect to see a new coach at the helm before the end of 2020.

Agree, but will likely finish in that group from 7th-10th.

Fold and die, then we get Tex Wanganeen

I was legit gonna post that I’d never heard of those three particular guys. You could post a random photo of anybody and I wouldn’t know. Well done.

I hate Port, even more than Carlton, Hawthorn and Sydney.

Wines needs to undergo surgery. Will miss the first few games of the season at least.

Is it same shoulder he farked water skiing last preseason?

It’s the other one, according to the AFL.com.au article.

Other one. Just a pretty innocuous training accident

Imagine the outrage and vitriol if John Worsfold or Xavier Campbell said this, but it’s not Essendon so no one will take any notice