Points For – 7th
Points Against – 6th

West Coast would have had much grander plans than the way last year played out. They had the age profile and talent to really give it a run but they never really got traction. The early hub live through them out and they never seemed to find their way after that. There were some good wins and they just missed top four but didn’t feel like they were going to get it done.

The backline is built around their big three of McGovern, Barrass and Hurn. They have brought in Witherden who has great footskills but may be the softest backman in the competition. It will be interesting to see how they use him. They have Sheppard and Duggan down back. It isn’t a sexy backline but it is a very competent one.

The midfield has looked like a strength and the adding of Tim Kelly makes it look like an amazing midfield on paper but last year it also just failed to click as they would have hoped. Kelly alongside Gaff, Yeo and Shuey is a pretty good top four midfielders and could see them changing things this year.

The forward line revolves around Kennedy and Darling who are still a pretty handy combination. I thought Kennedy showed signs of slowing last year but they have Allen and Waterman coming through. I think Langdon will get games early and look to form a combination with Liam Ryan to create havoc.

The ruck situation improved remarkedly last year with NicNat keeping his knee in one piece. They are a much better team with him feeding the midfield. The coach has plenty of credits in the bank and seems to have the players working to his game plan.

West Coast is facing a challenging next few years and I think this might be their last year where they fancy themselves as a genuine challenger. They will need to make the top four as their form away from home is still not ideal. When I look at the teams around them, it is going to need a big run from their midfield and for them to find the chemistry that looked to be missing last year. I think they may actually slide a little this year. 6-8 for mine.

Their forward line is their weakest area and it’s not even that bad unless Kennedy loses his form to Father Time. They should finish top four comfortably with their defence and midfield - they’re too good to miss out on top four, as long as they stay healthy, obviously.

They were a bit soft last year. The hub found them out, and for once their formidable home ground advantage was negated. They got rolled by the Dawks late in the year, when they thought all they had to do was show, pocket the 4 points and a top 4 spot would be theirs, along with a well worn path deep into the finals.

McGovern is still the general of defence and they have match winners in Kennedy and Darling up forward, but l wonder how long they can continue to carry the rest of the team. They will benefit greatly getting back to Optus oval, providing WA doesn’t go into another extended lockdown. Without any more lockdown top 6 looks doable, with another lockdown they will struggle to scrape into the final 8.

Underperformed expectations last year. Will be interesting to see if that continues.

unless Kennedy loses his form to Father Time.

Reckon Kennedy is donezo. Might kick a few bags but going back to full length quarters and cutting rotations will find him out IMO I doubt there is any truth to it. EMERG: Witherden, Brander, Williams, Cameron
Rioli (When he gets back)

I just cant see Witherden in the 22, outside of injuries.

Experienced defence, mids and forwards, they should be deep in finals again.
Need to make the most of some of their stars twilight years.

Rioli (When he gets back)

WC rely on a kicking game, so with the change to the ‘man on the mark’ rule this plays into their favor - I suspect they will go close to the premiership.

Good point, though it could always cut the other way.
Their defenders are a touch slow, and the long, high ball forwards they depend on intercepting may not be as prevalent with this rule change. 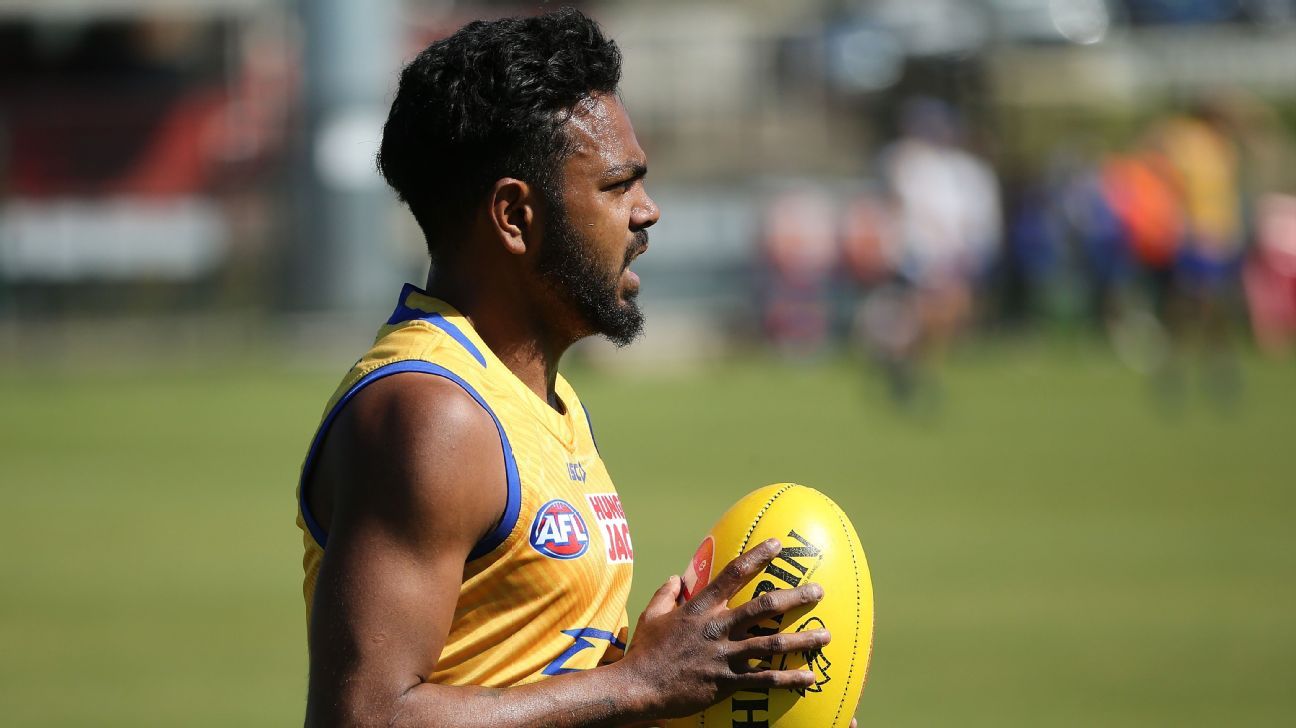 West Coast small forward Willie Rioli is set to be slapped with a backdated two-year suspension, with a formal announcement expected on Thursday afternoon.

Coast small forward Willie Rioli is set to be slapped with a backdated two-year suspension, with a formal announcement expected on Thursday afternoon.

the more Riolis in the AFL the better.

Amazing that he has spent 18 months in limbo

does that mean we get the elimination final win ?

and then obviously we ride that momentum all the way to the granny so it brings Richmond’s premiership into murky waters as well.

what kind of idiot tampers with a urine sample. he’s extremely lucky its only 2 years imo. kinda hope wada appeal because FARK the eagles