ASADA publishes a guide to the whereabouts rules on its site, with the caveat that, in the event of an inconsistency between the guide and ASADA policy, the policy prevails. But where to find the policy?
The whereabouts rules seem to be based on a presumption that athletes are predisposed to cheating.
For instance:

Yet the CEO of ASADA emphasises intelligence as the most effective tool in chasing down dopers That intelligence may be be obtained through ASADA smart phone hacking.

So phone hacking for ASADA is legal now!

That is a very handy tool. Can in the hacking process, the phone message say exactly what they want to hear? Could this be another way of cooking the evidence?

“For me, I felt that I was here as a representative of the athletes. And they’re not part of this club"

Last year, Scott resigned her position from the agency’s compliance committee, disgusted with its decision to reinstate Russia’s banned anti-doping committee in exchange for a promise of receiving data from its Moscow lab.

That data, received past a deadline WADA set and under conditions the agency had originally deemed unacceptable, has been tampered with; next week, the same committee Scott resigned from will deliver another recommendation about Russia’s fate.

But, Scott said, she stayed on in the athlete-representative role, “because I thought it was a cause worth fighting for.”

It has not been easy for her.
She has now resigned from that role. KATOWICE, Poland (AP) — The only reason Beckie Scott's going-away speech to the World Anti-Doping Agency wasn't her finest moment was because of all that led up to it. Bruised, berated and... 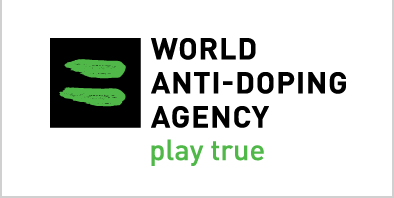 Athlete interaction and feedback is a top priority for WADA. WADA’s Athlete Committee was established in 2005 to represent the views and rights of athletes worldwide, while providing insight and oversight into athletes’ roles and responsibilities as...

Without a warrant, it can hack locked smartphones and passwords.
Waiting for the development of a GPS implant for athletes, would save them all that red tape and potential wherabouts violations.
And ASADA can supplement its own intelligence with that of the ACIC, AFP, Borderforce, TGA and AHPRA, A’s well as AFL. If athletes are out of the country, it can ask another agency to test.
Criminals in need Australia would be subject to less surveillance.

The Essendon Football Club will hold its 146th Annual General Meeting ( AGM ) at 6.30pm sharp on Thursday 5 December 2019 at the Victory Room, Marvel Stadium, Docklands. (Registrations from 5.30pm.) The full notice of AGM is available from the Club’s website by clicking here.

This year, the AGM will once again be held in conjunction with the annual Members’ Forum, providing a platform to hear from the senior leaders within the organisation, as well as gain members’ feedback.

Thank you for your ongoing support of the Club and we hope that you are able to join us at this year’s AGM.

Anyone game to ask why ASADA has the EFC in its pocket while others feel free to criticise?

The club has had the necessary evidence for a long time as demonstrated in this letter.

I can’t imagine anyone has had a worse first day as a boss than Lindsay Tanner has had as the new Essendon chairman. When he was in politics he kissed babies. Today he kissed arses – the AFL’s, WADA’s and the media’s.

I can’t recall Tanner the politician ever commenting on a hypothetical question. But today he made the beginner’s mistake of commenting on what should or shouldn’t happen to Jobe Watson IF he is found guilty. Neither Tanner nor Essendon CEO should have contemplated the players being found guilty.

Tanner should have said Jobe Watson could not possibly be found guilty for the following reasons:

Some unflattering media reports in the AFR, the Hun and the Australian ( those two behind paywall)

How’s the lame and pathetic excuse from Dixon about not having the wealth of Gerry Harvey to put some of his hard earned into Evans Dixon.
More like don’t put any money into this dog.
Not even some of that $19m the Directors took out of 2018 earnings - like 36.5% straight into their pockets.

The company owned by former Essendon boss David Evans has axed 100 workers as the company downsizes. The announcement follows the unveiling of its annual report, which makes for unpleasant reading.

The financial advice firm owned by former Essendon Football Club boss David Evans has laid off 100 staff in Australia as it unveiled an annual report awash with red ink.

Evans Dixon Limited reported its results for the financial year, with net revenue down 5 per cent to $212 million. The company’s earnings before tax and other expenses fell 26 per cent to $37.1 million, while the share dividend of eight cents was down 27 per cent on the previous year.

The company’s share price was trading at 87 cents on Monday, up from a low of 62 cents in August but dramatically down from the $2.50 price at which launched on the ASX in May last year.

Evans Dixon, the company owned by Alan Dixon (L) and David Evans, has made 100 redundancies as it reports a decline in net revenue.

Company CEO Peter Anderson said the company had reduced its staffing levels by 100 since April, and was downsizing its office space as he enforced new financial discipline on the firm, formed by a merger between financial advisory companies Evans & Partners and Dixon Advisory in 2017.

Mr Anderson, who was brought in to streamline the ailing company in April, said he believed Evans Dixon was well placed to improve its performance in coming years.

“We have closed non-core operations including Dixon Projects in Australia, scaled back operations in the US as the URF renovations pipeline runs off, ensured there is no duplication of support services as well as refined our non-customer facing services,’’ he said.

“These actions along with a number of other measures have allowed us to make significant expense reductions.’’

The URF is the publicly-listed, wholly-owned subsidiary of Evans Dixon which renovates and leases real estate in New Jersey and New York, but which has been performing badly for more than a year.

David Evans expressed his disappointment to shareholders, but ensures that changes are being made to reverse the decline.

Mr Evans told shareholders he was “acutely aware’’ the result had not been good enough and the outcome was disappointing.

But he said the changes made to the business this year had made the company stronger.

“The share price performance of Evans Dixon over the period is of great disappointment to the Board and the management and all of us at Evans Dixon,’’ he said

GEORGE PELL TO LEARN HIS FATE THIS WEEK

Mr Evans said several factors had contributed to the “underperformance’’ including the poor returns on the URF and the Government’s royal commission into financial services.

“I am acutely aware that the year we have delivered is not good enough,’’ he said.

The man Mr Evans launched the business with, US-based Alan Dixon, was re-elected to the company board as non-executive director.

The Canberra-raised Mr Dixon, who is the company’s largest shareholder and was its CEO, resigned all executive positions with the company last month. He is closely associated with the URF businesses in the US, into which hundreds of Evans Dixon clients in Australia were encouraged to invest.

TBF, times may be tough for Dixon, maybe could not afford the airfare to fly home for the AGM.
The IRS has lodged a tax case against him. In 2014 he lodged a case against the IRS, claiming around US$1.6m in tax refunds for 2014. And he reportedly donated US$300k to a US political campaign

Dixon might be partners with Evans but what has he got to do with the 34?

Mick Warner is one of the Hun’s accredited journos for that article. He is one of the Hun’’s sports reporters, not on the Hun’s financial team. Read that into what you will as to relevance to the saga ( does not just belong to the Evans thread on Blitz)

Get all that. Hes a crook who is partners with a crook who did all you said.
But what was he doing during the saga. Thats all I wanted to know.