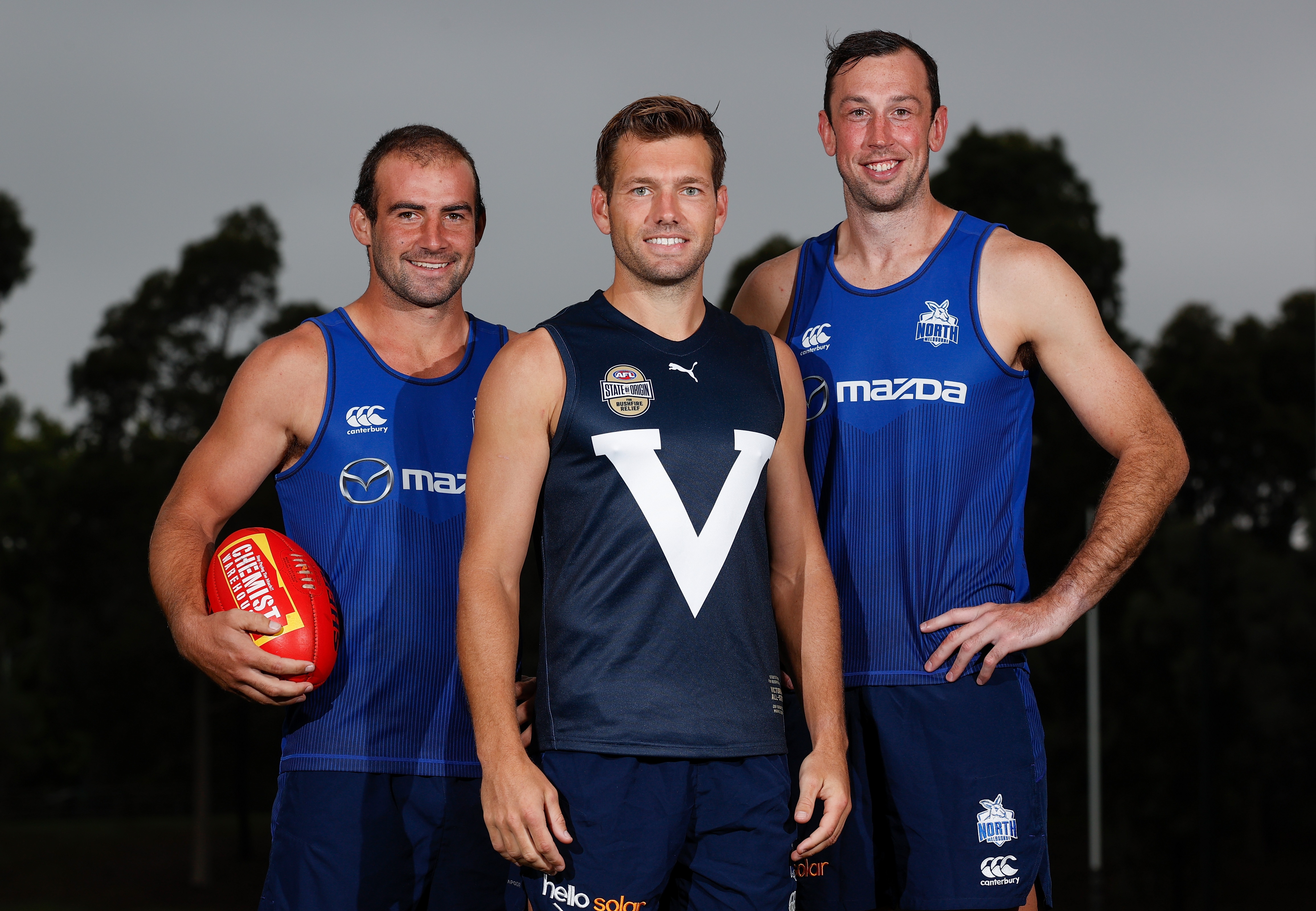 State of Origin squads revealed: Who's in from your club?

Check out the full squads from Victoria and the All-Stars

Melbourne taking the ■■■■.
No Josh Kennedy?
Walker seems a bit of SA tokenism.

The Vic midfield is outrageous

We can pretend to be happy because of the lack of injury potential, but really, it’s pretty embarrassing that we have only one player across both squads.

Tippa plays if not injured and probably Merrett, Hurley over Blicavs as well potentially.

Wonder if players will drop out?

I mean statistically we should only have two (and a bit) players across the two squads.
If Tippa were fit I’d have him, and if Daniher were fit and in form I’d have him as well.

Edit: Like I said, could be worse. Your only rep could be Jetta.

Houli and Saad overlapping with Kelly and Whitfield will be fun

The Vic midfield is outrageous

I’ll have the other one, thanks.

It’s good but not Vic good IMO, and this is without Gawn.

I mean statistically we should only have two (and a bit) players across the two squads.

Seagulling in a state of orgin game! Im going to the game just to throw nuggs at the ■■■■.

Thought Shiel might have been selected as he has started the preseason well.
Tippa if not injured could have been there.
Seems to be some talent on both teams though.

not sure who would take out for Shiel, - Sloane/Pendelbury and Cunnignton is probably a little inside mid heavy though and shiel could have offered something different to sloane or Cunnington…

Not accurate - we were required to put forward a list of available players for the coaches to select from. And that list wasn’t to include any injured players.

especially when hurley said in his press conference a week or so ago that he was keen to play in it.