Team vs Carlton Round 20

bring on the tank

Probably the 4 biggest spuds to ever get recalled in the one week in the history of the AFL.

Which one kicks the winning goal?

Boekhorst for sure - given neither Langford or Laverde are in the team.

Howlett over bird is a real surprise. Presumably bj plays back a bit more rather than tippa. Hmmm

well at least its surprising…kinda

Only difference in my head would have been Bird instead of Howlett. At least with Howlett we can put him forward to pressure.

Myers had 3 good games and a poor one last week, which could be due to soreness. I would give him at least one more.

Colyer has been in the team all season, unlikely he was ever going to be dropped. We need his speed on the outside, and without him we start robbing the forward line of zippy forwards.

SMH every time Howlett comes back in the team.

How many debuts have we had this year?

Howlett instead of Bird…

I think Bobcat is the most likely of the banned playing VFL to have a longer term future. Green and Ambrose are good ins but are a bit too tall aren’t we?

This happened last time and it rained.

Don’t Hodor this up at selection Woosha. If it rains drop a tall for Bird.

And for Hodor sake what needs to be done for Bird to get a game?

It could get worse - Rhys Palmer named as an emergency. Imagine a team with Liam Jones, Dennis Armfield, Blaine Boekhorst and Rhys Palmer - 10 goal loss for us for sure.

Where’s the Changes vs Crows thread?

Fair enough.
Both Kelly and McGrath clearly needed a rest - just didn’t think they’d rest both at once.
Green for Laverde- restores the forward structure, as many suddenly realised.
Leaves Howlett.
In for his versatility I’d posit.
Mid, back, or even half ba ck at a pinch probably gets him the nod over others. 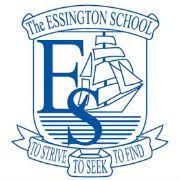