The continuing death of journalism

Following the European sites on the Ukraine War, several of the articles provide an online link to the source - giving the reader the opportunity to form their own opinions based on the facts as to the credibility of the the journos responsible for the articles.
Can’t see it catching on here. Besides naming Hird as one of the best, having Stringer as BOG is a tad worrying.

Some newspapers only ever mention players they know. FFS. There’s the obvious, and then there’s: “delivered her into the world when she was an infant”.

Always wanted here someone say this to channel 7 and 9.

@9NewsQueensland
An 18-year old is accused of robbing a Gold Coast service station at knife-point. The young man allegedly demanded money from a shop attendant while armed with a machete. The teen has been released on bail and denied any involvement in the alleged robbery. #9News https://t.co/3YanEqUYoW
3 Likes
simmo41 September 6, 2022, 8:43am #1410

-edit- “but you will in nine months” lmaoooooooo

-edit2- i’ve watched this three times now. it’s so good. why would you get bullied so hard like that on camera and still send it to get put on the telly

There is a lot going on here and none of it makes any sense. It’s like someone typed “AFL off season space-filling article in crap paper” in to Craiyon: is that photo of tim silvers? i hope not

I’m not certain, but I’m pretty sure it isn’t Essendon’s Gary Buckenara.

There is a lot going on here and none of it makes any sense. It’s like someone typed “AFL off season space-filling article in crap paper” in to Craiyon: 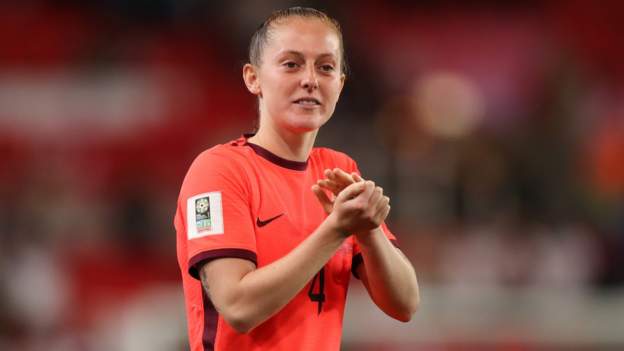 What is impact of Walsh's world-record transfer?

The significance of Keira Walsh's world-record transfer to Barcelona cannot be understated.

Really, you expect better from the BBC, even on the Sport site.

@Melbourne_says
Deleted!! The Age has spectacularly deleted a tweet about how unfair a man with homophobic beliefs is treated by the public. This came minutes after Barrie Cassidy channeled Julia Gillard’s famous misogyny speech. https://t.co/RVaJTDYPlS 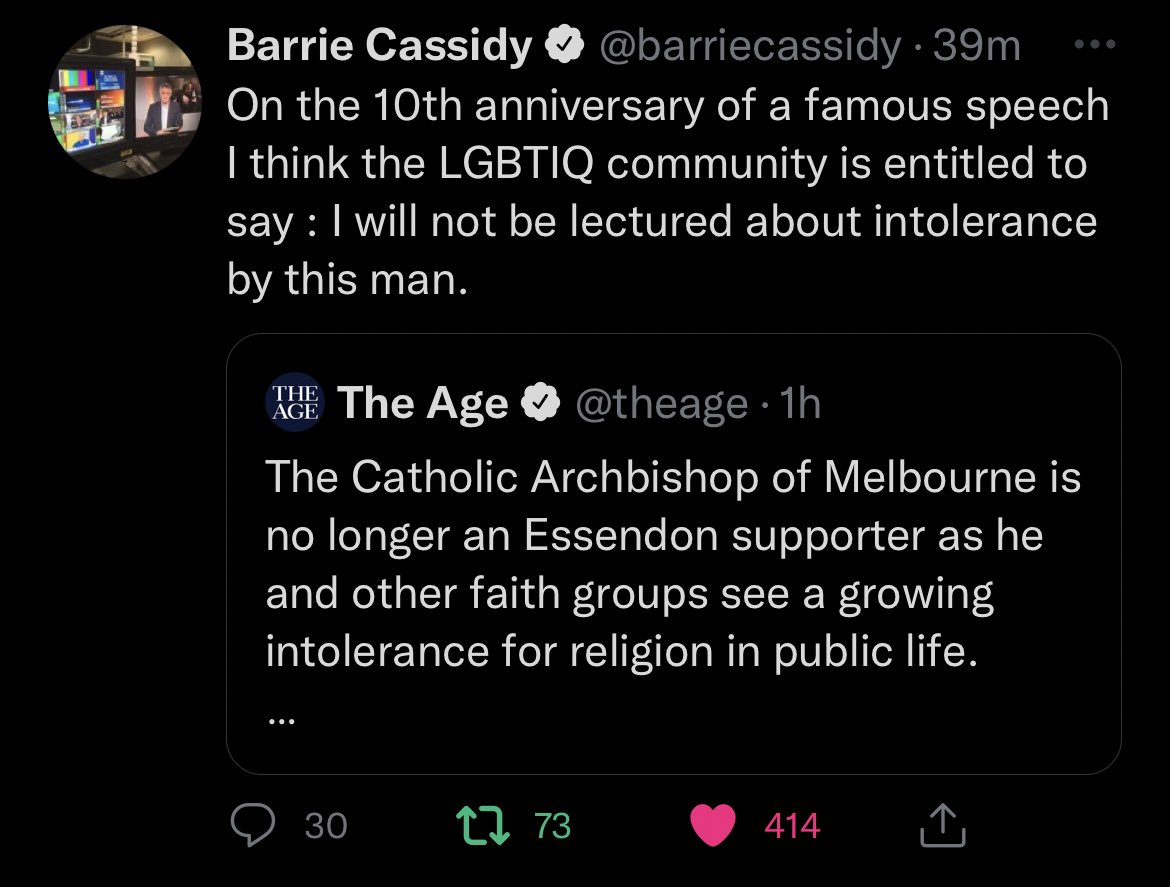 Ben Fordham goes on a rant on 2GB ( Sydney’s Fairfax owned radio) about ABC’s Norman Swan issuing an apology for suggesting that Kimberley Kitching had Covid ( apology accepted by family) .
Fordham rant featured in the Hun.
Does not go into a rant about the brief apology issued by the Sydney Newscorpse Telegraph for having defamed a Sydney public figure.

Why are channel 9 news running a story on Coles new click and collect in an hour service?

Get these product/brand every now and then and they are just publicity for the company.

Why are channel 9 news running a story on Coles new click and collect in an hour service?

You’re soooooo close to the answer.

i actually lol at that