The reigning DJ King (Mk XI) is @Budge...returning from a 6 months overseas trip...hang on, that can't be right...well it's been over six months anyway

It may not be finished, but it’s dead to me.

Can you repost that 2nd round table here? It looked nice.

Who would have thought we would be in the 11th edition of DJ King?

Ok, now onto the overall section…

It didn’t wanna bad mouth any songs this round, but I was privately seething.

you will love this track. Otherwise…

This was exactly me. I walked out of the living room watching the press conference, thinkibg “FK I hate this world, I need to listen to some music to calm the FK down”. First 3 bars…oh, this is that song. I love that

4 votes. 4 votes for a song that lit up people’s lives, taught them the meaning of love, sent the darkness into flight. If not this, what do you want from me?

I just went next song in my playlist. Didn’t work round 1, worked round 2.

The winner of the McClelland Trophy, as the highest placed DJ after the regular season, is…

hesonlygotaleftfoot with a combined 62 votes 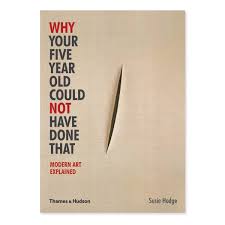 I have some reading to do.

I’m out of likes already!