I guess it’s fine if you play poorly or don’t run and chase. You will still be picked. Grow some balls Rutten!! 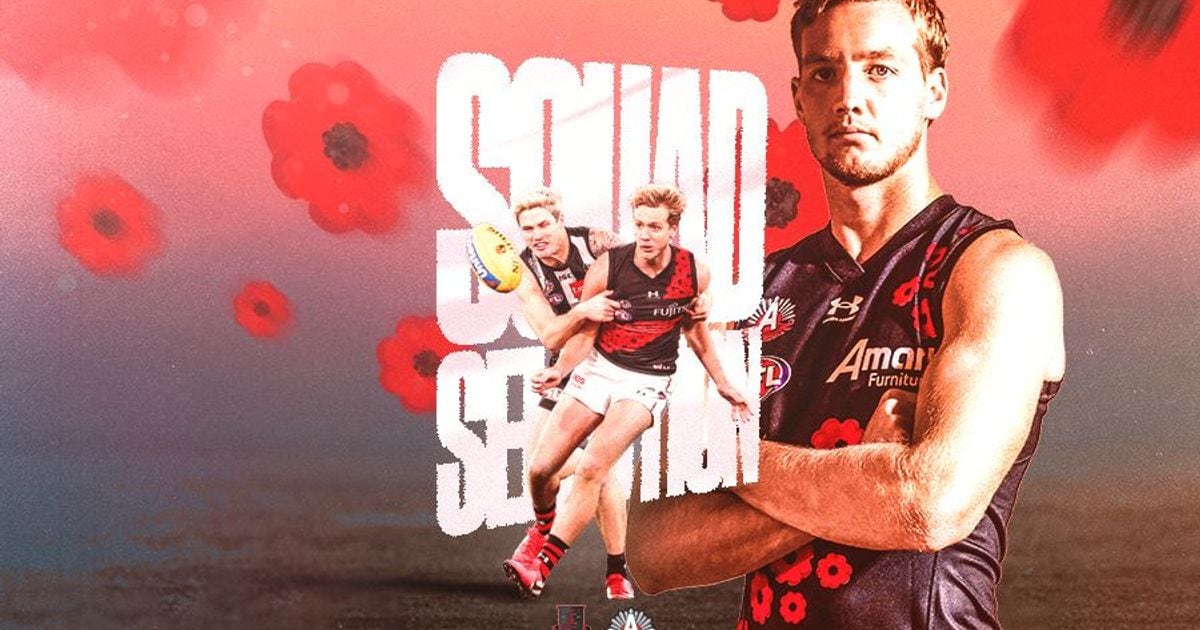 Some big names are set to return on Anzac Day.

Some big names are set to return on Anzac Day.

Essendon has potentially received a massive boost ahead of its Anzac Day blockbuster with the inclusions of star players Zach Merrett and Jake Stringer to an extended squad.

Both were named in the 26-man squad ahead of Monday’s game, with the final 22 to be named on Saturday.

Stringer could play after missing two weeks with a hamstring strain, while Merrett is poised to make an incredible return after missing just three games from a syndesmosis injury.

Kaine Baldwin is also in line for a recall, following a five-goal performance in Essendon’s VFL loss to Port Melbourne on Sunday.

The powerful forward has been named on an extended bench alongside Nick Bryan , who could play his first AFL game of the season and second overall after a strong fortnight in the VFL.

Ruckman Andrew Phillips is the only confirmed omission at this stage after suffering a hamstring strain in last week’s clash with Fremantle.

The Bombers and Magpies will contest the 27th edition of the Anzac Day blockbuster from 3:20pm on Monday. Click here for a match-day guide and purchase your ticket here (be quick, tickets are limited).

Stringer and Merrett named on the field!

Thank you thank you, I did predict stringer and Merrett

They dropped Cox, so at least we won’t make him look like 1995 Sav Rocca.

Are they actually going to drop Shiel?

@SportsdayRadio
"We've spoken a lot about our discipline and not getting things done at AFL standards. We spoke about our tackling and work rate, things we’ve worked on for a long time. This week we’ve put a full spot on any acceptance of that.” - Andrew McGrath
12 Likes
thedon74 April 21, 2022, 8:27am #12

Only Phillips out of the squad from last week’s debacle I swear if Merrett is underdone and gets injured again…

Merret for Smith and Stringer for Phillips.

Let’s hope the penny has dropped

back on the injury list about 3pm on monday

Merrett - Syndesmosis injury with 6-8 weeks on the sidelines???

Should be excited by this but am just worried.
Hope the bench is Bryan, Baldwin, Waterman & Perkins with Cutler the sub
Shiel & Smith can have a run in the VFL or maybe one gets held over as a late emergency