been a big debut year for him

Nah, preferably someone with a bit more size so Joey really feels it.

The thing I am really happy about is that zaharakis isn’t an instant starter in the team.

If he earns his spot great… in the past it has been gifted to him.

Waterman would be perfect, but ain’t no sausage rolls in the backline

Feel sorry for Zerk. Undeserved IMO. But I say that knowing what his instructions were. Just rolling back to help out the backline

Then runs the length of the ground for a long’esque goal for the sealer ? Yeah me too.

Hope Guelfi is the sub.
Pleased with how we’re tracking this year with ins & outs.

See Essendon’s line-up to face Brisbane at the Gabba on Saturday night. 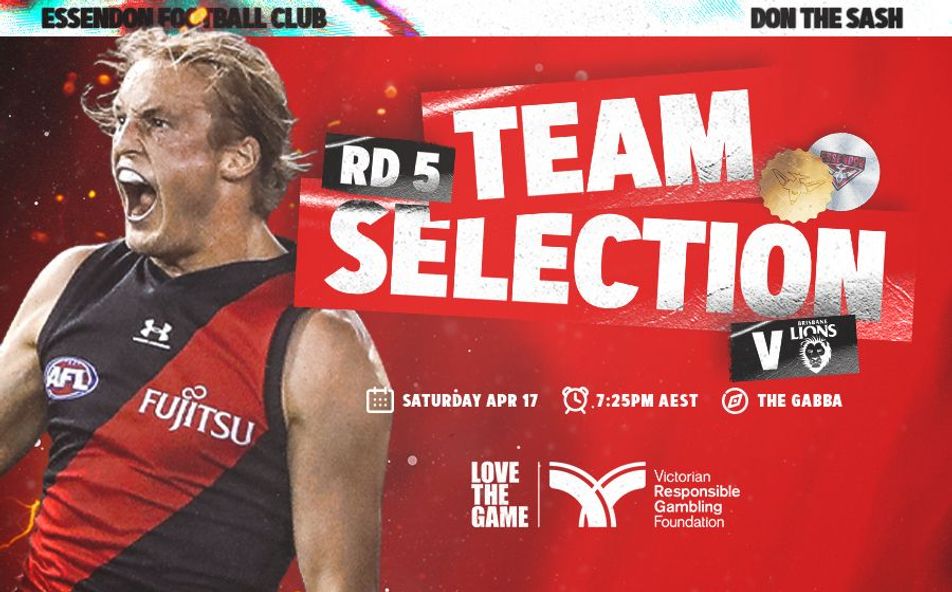 Essendon will welcome back Mason Redman against Brisbane at the Gabba on Saturday night.

Redman was subbed out with hamstring awareness in Essendon’s 75-point win over St Kilda, sitting out last week’s loss to Sydney.

Senior coach Ben Rutten said he was pleased to regain the 23-year-old and unveil the club’s fifth AFL debutant of the season.

“It’s going to be good to have him (Redman) back. He’s an important player for us and has a good balance between defence and providing bounce in attack from our defensive half,” Rutten said.

"We just want ‘Reidy’ (Reid) to compete hard, do his best and enjoy his footy.

“He played a few really good games in the VFL. He’s more than ready for this. I think it’s fantastic to be able to bring in our fifth debutant for the year.”

The Bombers will face the Lions from 7:25pm AEST, with the match broadcast live on Channel 7.

Both sides’ reserves will also go head-to-head from 12pm in their VFL season opener at the Moreton Bay Central Sports Complex, with that game streamed live and free here on Kayo.

Think BZT’s lack of speed may have been a factor against the Lions. Horses for courses.

The thing I am really happy about is that zaharakis isn’t an instant starter in the team.

If he earns his spot great… in the past it has been gifted to him.

I liked this, even though I have always liked zaka

The players must be struggling without a (rested) next to their name, when they’re omitted.