The Voice of GO’D: What’s in a pre-season

Bombers great Gary O’Donnell pens the first of his columns for 2020. 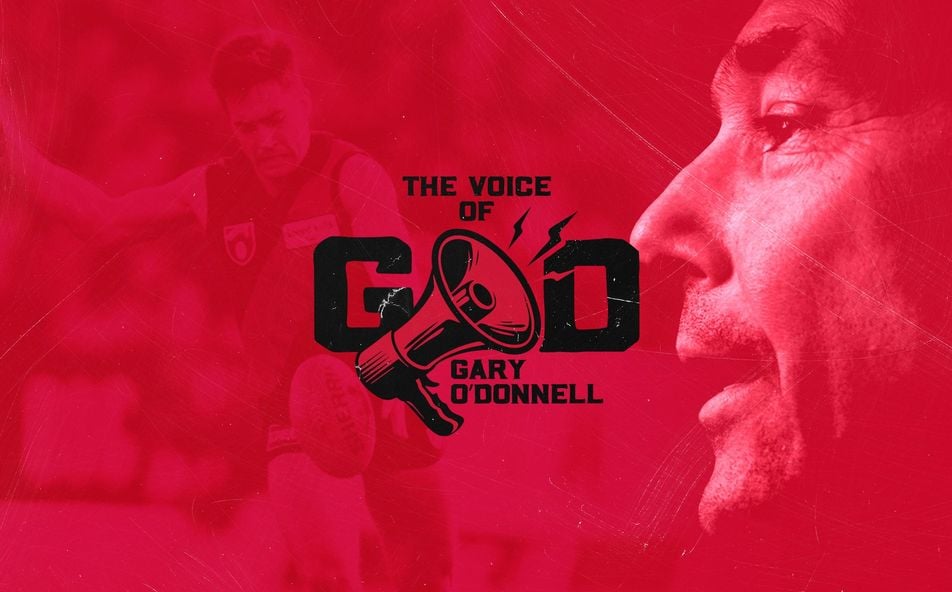 As many of us enjoy the season of beaches, barbeques and beers, spare a thought for our players, who are sweating it out on the track in preparation for the 2020 season.

I need to add though that Australia and its people are still experiencing destructive and devastating bushfires, and all our thoughts go out to those overcoming very traumatic and sometimes life-changing circumstances. Players would agree that pre-season training is a walk in the park in comparison to these events.

At this time of year, we hear the stories about various players putting in their best ever pre-season.

‘He’s training the house down!’

‘He’s the strongest he’s ever been!’

What I will say is that you can’t win a premiership in pre-season but you can certainly lose one if you have too many of your players not making hay while the sun shines.

You can’t win a premiership in pre-season but you can certainly lose one if you have too many of your players not making hay while the sun shines.

Back in 1985 prior to Christmas, there were two separate groups training - one in the Essendon area and the one I was involved in, out in the east of Melbourne at the Croydon Athletic Track and Leisure Centre. The fear of not knowing how you compared to the squad training in Essendon was a motivating factor in keeping the standard of training at a high level. Colin Hooper, a club legend and all-round good bloke, ran the sessions and was always keen to have his boys prepared at the level to stick it to the Essendon boys when we came together as a group after Christmas.

As an individual , pre-season is a necessary evil. Many of the gruelling sessions are completed day after day in the heat and humidity of an Australian summer. It’s a time to thrive and aim for personal bests in all your physical conditioning tests - both out on the track in endurance and speed, and in the gymnasium with your weights and strength tests.

The smart players will try not to coast through, but train at a level that will improve them under the intensity that the modern game demands.

Players will have heard the feedback from coaches at post-season 2019 exit meetings. The driven players will demonstrate a humility by taking on board this feedback and finding ways to develop a skill weakness, enhance a strength and become more consistent.

The club has a marvellous, state-of-the-art, multi-purpose facility out at Tullamarine now. It would be a pleasure to train there in the pre-season, although I wonder if it blows up as much as it did sometimes at Napier Street, Essendon? I know why it was named Windy Hill.

Back in the day, Essendon Cricket Club was the main summer tenant (and still is) at Windy Hill, so we found ourselves at various locations over pre-season. Some years it was the Cross Keys Reserve about 1.2km from our base at Windy Hill. Fellow eastern-based player Neil ‘Nobby’ Clarke would grab young blokes such as Paul Hamilton and myself to run back with him to the clubrooms post training. It was the last thing you wanted to do after a three-hour running and skills session, but with boots on hands, runners on feet and quads and calves starting to cramp, it was a discipline that added to our mental conditioning. It was something I continued with younger blokes and it was always interesting to see who was and wasn’t prepared to run and preferred the drive back to the club. (There was no wonder James Hird became the player he did – there are no secrets to success). 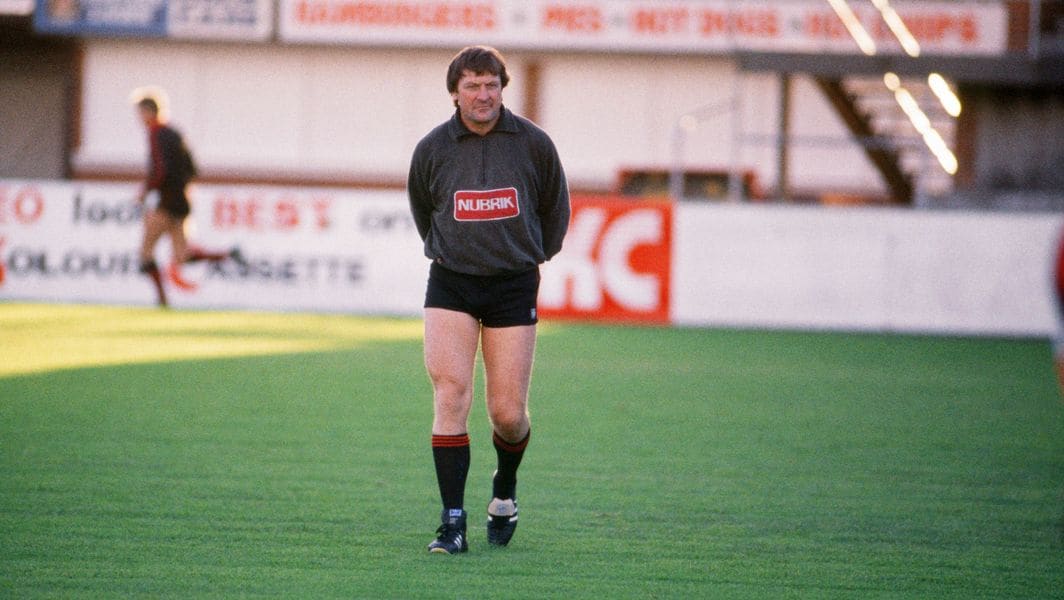 Kevin Sheedy looks on during pre-season training at Windy Hill in the '80s. (Photo: AFL Photos)

Some years, St Bernard’s College in Essendon became another permanent fixture which helped players break the monotony through variety of venue. I also remember completing running sessions up the grandstand steps and along the back straight at Flemington Racecourse (imagine that happening now), at the Botanical Gardens’ Tan Track, around Albert Park Lake, and even repetition runs from Domain Road up the grassed incline to the top of the steps of the Shrine.

Once I’d played regularly in the seniors for a few years, I didn’t allow my pre-season training to regress. I always approached every new season as if some new player might take my spot. I also used the fear of thinking I might lose the ability to play to drive me to continued improvement. This also helped develop my confidence and consistency as I imagined that I was working as hard or harder than any opponent I’d come up against during the year. 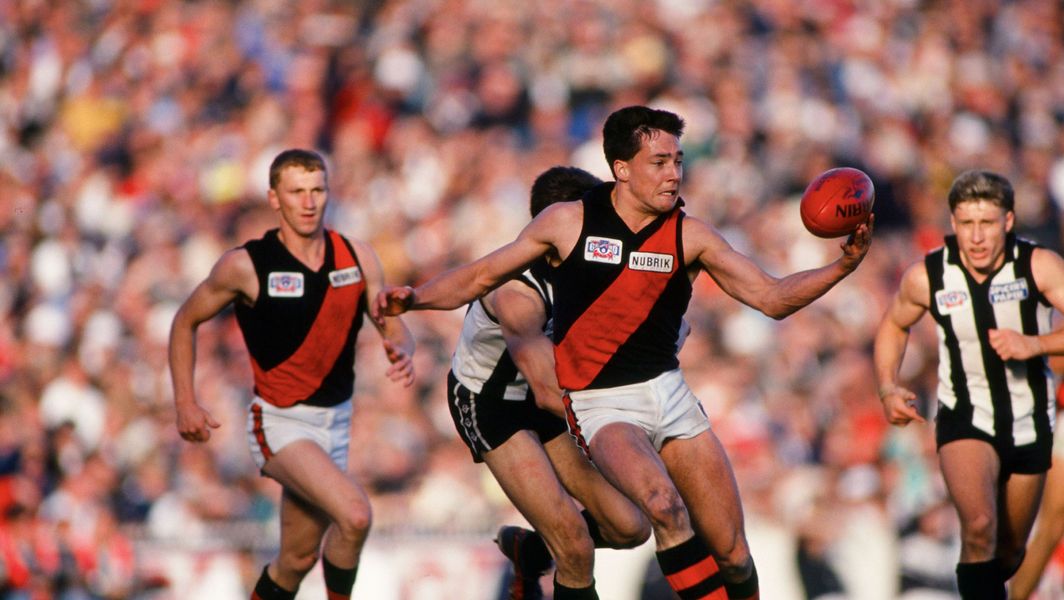 Gary O’Donnell’s refusal to be complacent allowed him to reach great heights in the red and black. (Photo: AFL Photos)

I like the analogy that Chris Judd used in an article I once read. He likened pre-seasons to a game of tenpin bowling. He explained that each consecutive, exemplary training year completed was like scoring a strike or a spare where scoring (and improvement) are compounded. Each year that a player either doesn’t put in the work that is required or gets injured during the summer, results in an ‘open frame’ and makes it harder to reach his/her full potential.

As a team , it’s the time of year to work on game plan and strategies. This could include ball movement, defensive tactics and setups at stoppages. It’s the time where new disciplines and team trademarks can be established and existing ones can be built on.

Clubs will often take their players and football staff away on camps, as we saw with the recent trip to Coffs Harbour, where coaches have exclusive access to players to reinforce the season’s plans and teammates build stronger relationships. 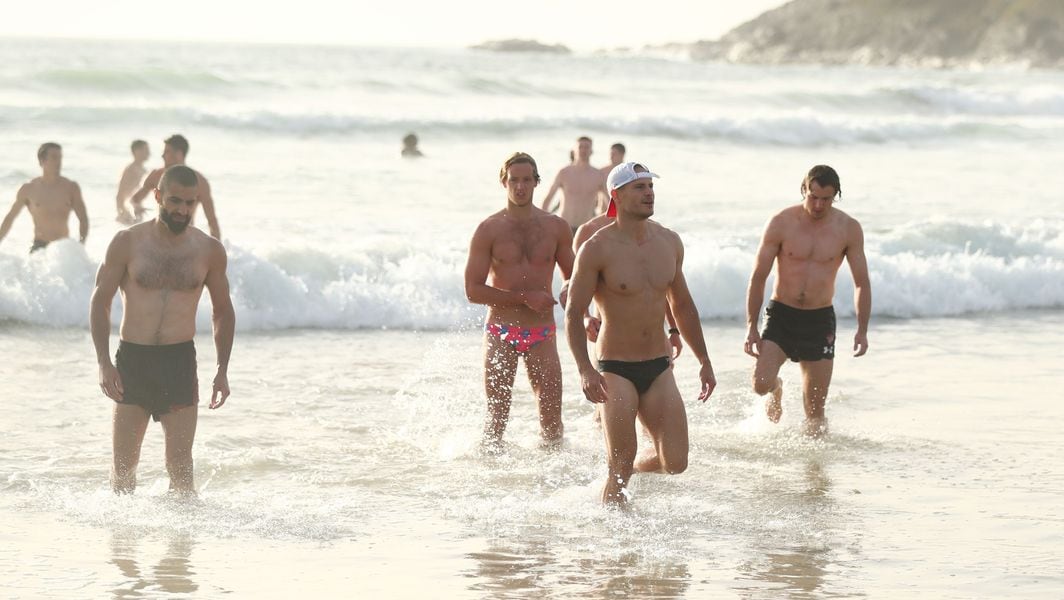 I remember a weekend camp we had at Lorne in the 1996 pre-season. It was a chance to train hard but also socialise hard as well. We would split into teams for a team-building competition and one of the events was a player revue where each team had to put on an act. The highlight was when most teams invariably had one bloke who played the role of Sheeds in their act. To see different players (some only second- or third-year) mimic some of his peculiar traits was a sight to see. And Sheeds loved it too.

We travelled on two buses to get home from the camp. I was in the shower when the buses arrived and players piled on wanting to get home pronto. Of course, no roll call was done and the team skipper was left in Lorne, wasn’t he. I had to catch a lift to Geelong from one of the Lorne Football Club staff and then catch the Melbourne train to Spencer Street where my wife could then pick me up, three hours later!

Anyhow, I sit here with anticipation and expectation that as many of our players as possible are having career-best pre-seasons. Will some of the young blokes like Darcy Parish, Mason Redman and Matt Guelfi make the same advances this year? Will Joey Daniher and Devon Smith finally get their bodies right and have an impact on the competition? Can Zach Merrett and Dylan Shiel come on again? Exciting times ahead.

Gary O’Donnell played 243 games from 1987 to 1998, leading the Bombers as captain for two seasons in a decorated career in the red and black. Known as ‘Mr Reliable’, he was a vital part of Essendon’s 1993 premiership side - a year which also saw him win the Crichton Medal as the Bombers’ best and fairest. Blending tales of the past with the present, he’ll be a regular contributor to essendonfc.com.au in 2020.

I hear what your saying!

Yep, it’s good getting those little glimpses of former players behaving like supporters.

Yes. Dean Rioli was not bad either, but haven’t seen him on there for a while.

It’d be great to see Fletch on the tweeter. He’s got that everyday supporter vibe.

Love Gary … loved him as a player , was livid when he was given the axe … badly wanted him to reach 250. I loved him as an assistant with us… but hated him in the box when he was with the lions… felt he likely shared some inside knowledge too much… but glad he’s apart of the club in some way. I’ll take the heads up by following him on Twitter.

Not on Twitter, nor Instagram. Not even sure what is involved, or if l want to get involved that much in order to follow past players.

Just create an account and start following the people that are of interest to you.
It can be a great source of news.
Just steer clear of sporting game #hash tag chats as they are just as toxic as the gameday threads here.

was this just a preseason thing? or has the club canned it? I miss the weekly articles from RoCo and before that it was Robert Shaw doing the articles. always looked forward to it.