This is pretty much the worst thing I&#39;ve ever seen

I'll undertstand if I get permabanned. 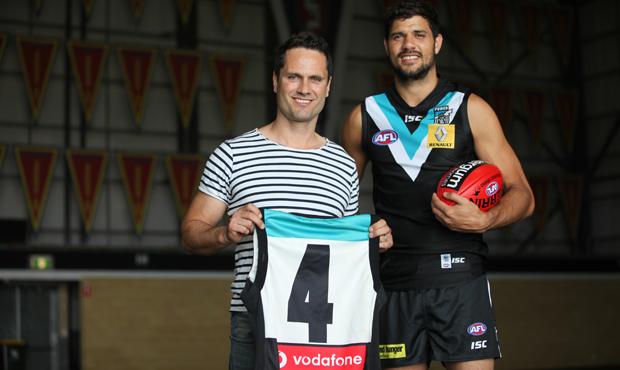 All they’ve done is provided a photo for us to use on social media when we wipe the floor with Port’s arses in 2015.

Who‘s the girl with Patsy?

Yup, those two did hurt the most.

That photo stings a bit.

Man I can’t wait til we beat them in finals next year though.

that makes baby everyone cry

Wanganeen junior in the red and black will soothe my pain.

Wanganeen junior in the red and black will soothe my pain.

…genuinely wish I had something wittier than that.

Not a patch on Wanganeen, never will be…

What’s the collective noun for Judas?

What's the collective noun for Judas?

In the wise words of Hoxton 'You Judas prick"

How many Adelaide McDonald's franchise owned between the two?

What's the collective noun for Judas?

just think of all the marking contests he got to, and all the ones he was too busy standing in an open paddock not bothering to chase.

Man, Wanganeen killed me at the time. I wasn’t angry as much as I was sad. Not only was he a genuine star of the game but a premiership player and brownlow medal winner with us.

Paddy… not so much. I was just annoyed he put us in a position where we got less than we should have trade wise.

Having said that I still have enough spite to hope Paddy doesn’t play in a premiership with them.