Do the players return this Monday?
Have the day off so may head down.

They’ll definitely be back Monday.

What about tomorrow Matthew?

There is a training session going on, and no live updates on here…

Borderline flying…under the radar.
Both players and training reporters.

80% of the group were at the Hangar training today. Many of the draftees were absent however. Most completed a 2km time trial in which Nic Martin came 1st- Shiel 2nd and Durham 3rd. A few did not run(but are ok) including Redman & Walla. Training officially starts Monday. This is all from a good friend watching on so i dont know all the specifics of everyone

I’m convinced Nic Martin is from another planet.

Gotta be excited about Martin. He was a ball magnet and elite kick last year before he’d even had a full AFL preseason.

The greatest Martin to ever play AFL football

Post edited to reflect on Nic’s career in 15 years time.

This takes me back…

Training today in warm, sunny conditions. A good portion of the list present. Absent were Walla, all draftees, Hind and Jones. Stewart and Parish in modified group, did very little. Redman, Stringer and McBride did running most of the time. Reid was there but didn’t participate. Was in training tank etc so possibly did work inside, which would be pleasing.

The time trial was interesting, I didn’t time it so hard to get a feel. The aforementioned leaders looked like they ran well. Shiel ran welll especially given his situation of being a new parent. Tex finished last, looks like he has a fair bit of work to do to build his endurance. Work hard, lad.

Some match sim drills followed. One particular play that caught my eye involved Baldwin and Zerk. Zerk made a superb diving spoil to deny Baldwin a mark, but Baldwin was good in that he was able to keep his feet, got the ball to Shiel, who snapped a lovely goal. I concur that Zerk is looking really fit, I probably have him in the round 1 team.

Main match sim drill involved a lot of short passes to switch the play and change angles today. Mostly okay, a few stuff ups. Would like to see more defensive drills that free up Ridley. We’ll play better if he’s not tied down on a player. McGrath at half back looked assured.

Who surprised me? Massimo, Perkins and Martin. I’d expect all to have good seasons. Look ripped.

Who worries me? Tex, Stringer and McBride. A lot of work to do. None look overweight, but need conditioning. Still time, I guess.

@essendonfc
Back at it. https://t.co/SdQjaA2PLd 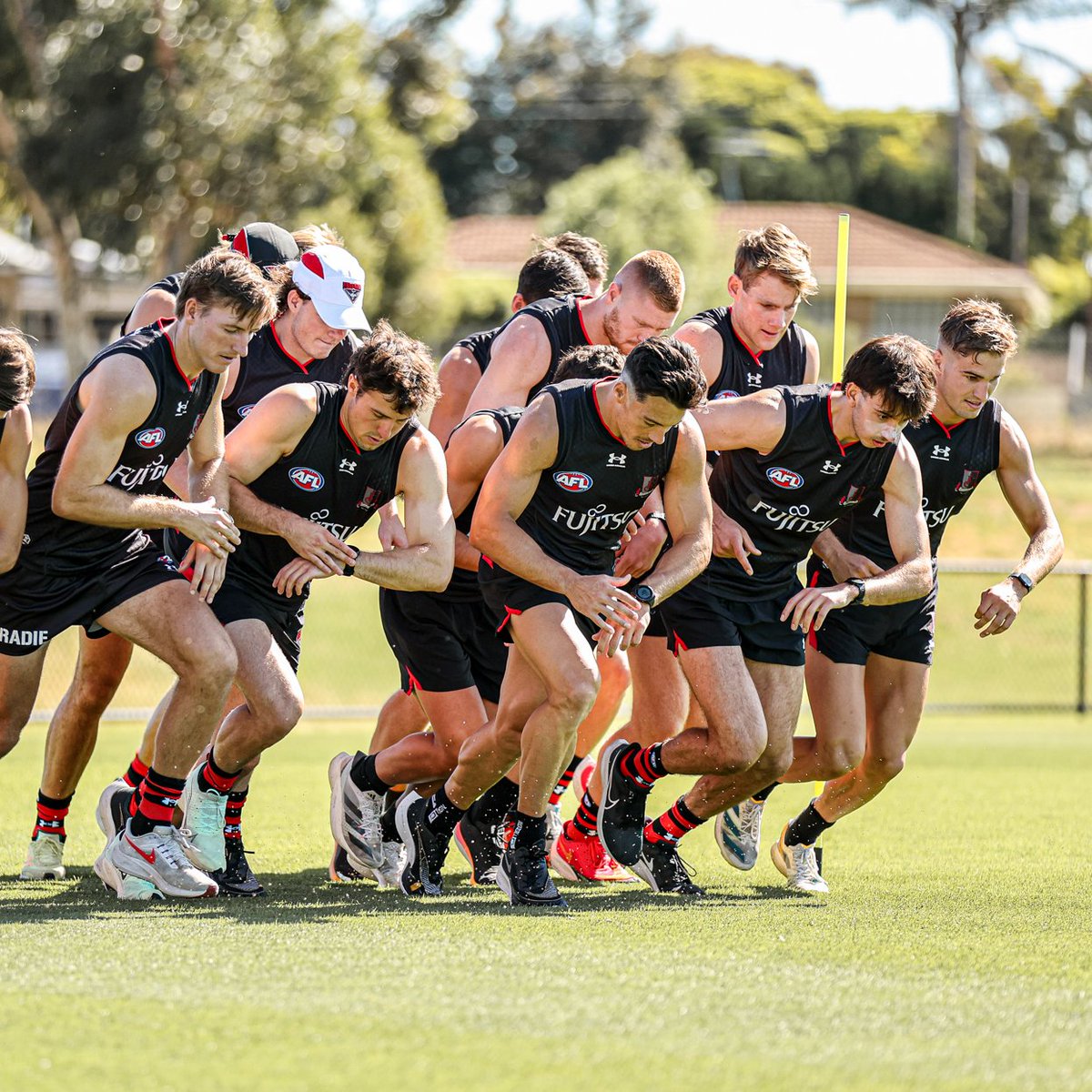 Cox middle of the pack in the 2km is also a little concerning.

What’s his weapon if he’s not an endurance machine?

Parish in the modified group? Hopefully he’s not injured

Would be nice if I knew when these sessions were on. Like they don’t want me taking photos. Grrr.

Would be nice if I knew when these sessions were on. Like they don’t want me taking photos.

Why do they hate interstate members so much?!?

If you’re not on Insta can you still see them….can they be posted here?