From humble beginnings to one of Australia's greatest sports commentators — look back on the sports broadcasting journey of Norman May, whose career spanned almost 50 years.

Australia has always had a history of producing iconic sporting broadcasters.

Norman May has been certainly one of them.

There wouldn’t be too many who don’t know of 1980 and May’s famous call of the 4x100 metres medley relay - the Mean Machine. 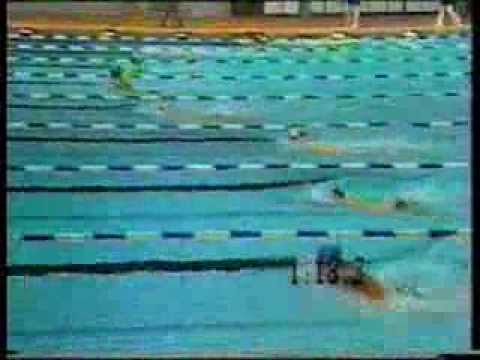 Sadly, Norman May has passed away today, aged 88.

May there always be gold wherever you are Nugget.

Did his best work in TISM

“We produce a Norman May, not a Norman Mailer”
“May our young Aussie swimmers be resigned to failure”

Norman May was a larger than life character. In any setting, he tried to dominate and loved telling all that he was “Mr Norman May” from the ABC. Some saw him pompous and arrogant, but whatever you may have thought, he was a great sporting commentator and could make even the dullest events very colorful on radio or TV.

I first met him at an Australian Surf Life Saving Carnival at Christies Beach in SA in 1985, where I was running the bar and Mr May kept trying to use his Press Card to get free drinks. I kept refusing and wanted his dollar for a stubby, just like everyone else, so eventually he relented and then pulled out a fifty, saying he would get change. I swooped on it quickly, whipped it out of his hand, and told him he had now paid for 50 stubbies. To his credit he did his best over the carnival to drink them all. He never did get any change.