Given the senior training will be a token Captain’s Run prior to the game the next day, the VFL guys are now scheduled to train before them, starting at 9:00.

Good opportunity to turn up and do lots of “who’s that?”. Presumably any senior players not named for Sunday will be in this session.

The first practice game is on Saturday 12th March at Tulla.

DJR, recently crowned MOD and oracle of all things VFL, mate. Do you know who the VFL play against, ( intraclub leftovers ?) what time ?

Hams is a freak.

The VFL practice match at Tulla this Saturday starts at 12.00 noon.

Hams cops so much physical punishment when he plays. He must lay in the ice baths all week lol

Chase down tackle by Loonyburger!

Then gets the fifty (30) to confirm the goal.

The first practice game is on Saturday 12th March at Tulla.

A little of relevant info in the February 27 Family Day report and photos threads. 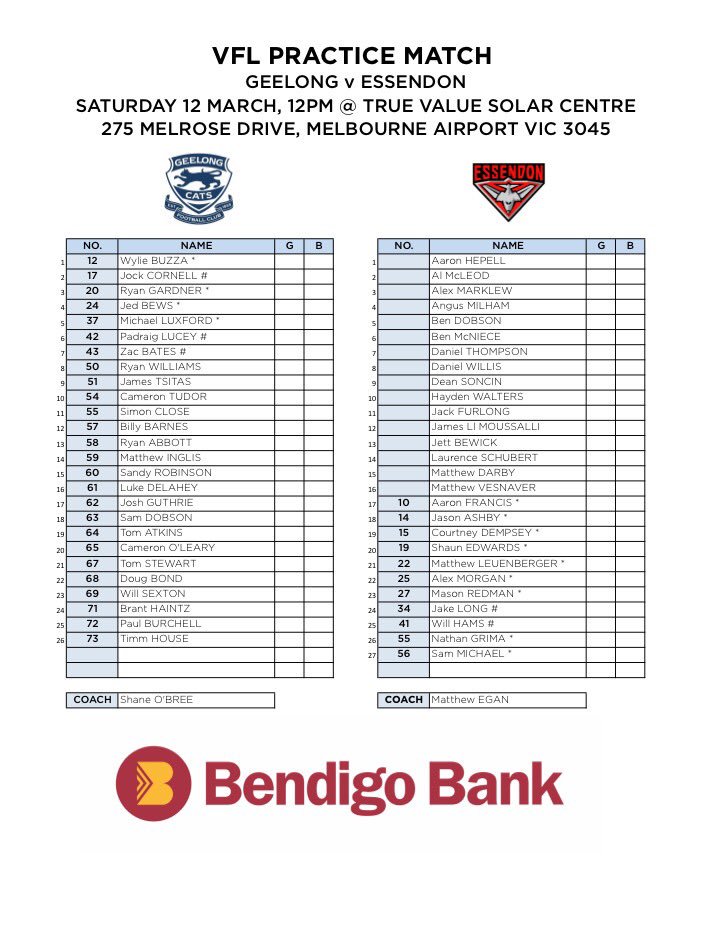 Yesty still not available.
Ashby Hams, Did they fly to Perth or not ?

Has Jett Bewick signed on for the full VFL season?, great News. I must have missed this.
Leuneberger and Grima in for first game, good to avoid travel to WA.
Francis Debut

Dempsey to Lomgy to Shred was glorious to watch. Then Shauny stuffed it by slipping over trying to baulk the man on the mark.

Up on the hill at the northern goals on my lonesome.

If Gach is fit as reported in the training report, why the hell are we playing Milham above him?

There is already enough overlap between old VFL numbers and top-up numbers without making it worse by putting Grima in 67, Essendon…

Francis Dempsey Ashby amongst the defenders.