The Bombers are delighted to welcome another exciting talent to their Rookie A list in a matter of days, signing Kaine Baldwin for the 2021 season.

Having been offered an AFL lifeline, the 18-year-old athletic forward arrives at Essendon on a one-year deal.

He joins Alec Waterman in signing for the Bombers this week under the AFL’s pre-season supplemental selection period rules.

Hailing from Glenelg, Baldwin played an integral role for South Australia in the 2018 under-16 national championships, earning a reserves berth ahead of the 2019 season before rupturing his ACL.

South Australian under-18 state academy program manager Tony Bamford likened Baldwin’s game to that of Tom Lynch and former Fremantle player Matthew Pavlich as an elite runner with strong hands, suggesting Baldwin was “the best key forward in his age group” when he served as captain of South Australia’s under-16 team. 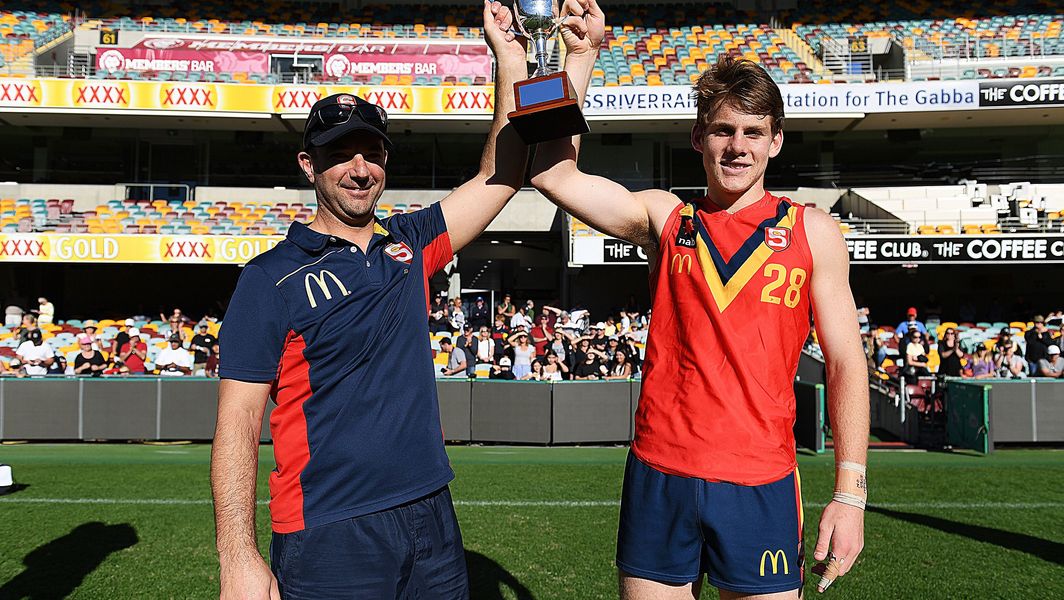 Baldwin said he was delighted to join the Bombers.

“I’m so excited and grateful to the Essendon Football Club for this opportunity,” Baldwin said.

“I just wanted to work hard and put the most I possibly could into my recovery to try and earn a spot on an AFL list. I’m so appreciative to the Bombers for making this dream come true.

“It’s been a tough couple of years with the knee recovery, but I have put everything into my rehab to make sure I can get the most out of my body, but I’m feeling really good now and I can’t wait to wear the red and black and repay the faith the club has shown in me this season.”

General manager of list and recruiting Adrian Dodoro said the Bombers were thrilled to sign an exciting young forward in Baldwin.

“We’re really pleased to offer Kaine this opportunity. He has overcome his fair share of adversity through injury in recent years, but we think he is a bright young talent who will offer plenty to our side,” Dodoro said.

“Kaine is an athletic young talent who was touted as a first-round potential, and he has the ability to become an important, high-marking forward for us in years to come.

“Our medical and high-performance team are confident they will see Kaine make a full rehabilitation from his knee injury over the coming months and are optimistic he will have a long and sustained AFL career.

“We think Kaine will form an exciting combination in our forward line with the likes of Harrison Jones and Peter Wright, Archie Perkins and Alec Waterman over years to come, so we’re pleased Kaine will take a hold of this opportunity to be part of the Bombers. We look forward to seeing what he can achieve this season."

This news is brought to you by

Good Luck and Welcome to Blitz. My only advice is not to play a game and your legacy will grow.

How many spots do we have left for mid season draft?

POSITION: Key Forward DRAFT ANALYSIS: “Baldwin is a physical key forward with terrific contested marking and the ability to impact further afield.” – Michael Alvaro One of the hard luck stories out of this year’s potential draft crop is Baldwin, a...

One of the hard luck stories out of this year’s potential draft crop is Baldwin, a talent with first round potential who has been sidelined for two years due to repeat long-term knee injuries. The high-marking forward burst onto the scene having played an integral role in South Australia’s 2018 Under 16 National Championships triumph. He earned a Reserves berth to kick off the 2019 season, but tore the anterior cruciate ligament (ACL) in his right knee. After a successful recovery and preseason testing stint in 2020, the youngster again partially tore the same ligament as his knee buckled in a tackle during a trial game on the eve of his top-age campaign. Despite his extended stints on the sidelines, Baldwin remains one of the brightest prospects available this year, and should have little trouble finding a home at the next level.

Based on the limited vision and gametime attached to Baldwin, there is still a fair bit to unpack about how he plays. Although he measures up at slightly under the true key position height (193cm), the Glenelg product plays much like a modern day centre half-forward. While some of his most eye-catching plays occur as he crashes packs and clunks big marks closer to goal, Baldwin is also capable of floating further afield and racking up plenty of possessions as a key link into forward 50.

The way in which he attacks the ball in flight and holds onto contested marks with his vice-like grip is truly special, making him one of the top pure markers among his peers – if not, the best. Baldwin has trimmed his frame a touch from preseason – from 93kg to 90kg – but still possesses the right amount of strength and aggression to translate this side of his game to the next level.

But that slightly trimmed figure, Baldwin’s high-level endurance, and his own suggestion that midfield time may be in the offing all point towards plenty more stings to his bow. Fresh off his first ACL recovery, Baldwin recorded a 20.8 Yo-yo test score during preseason, so just imagine the level he could get to with an extended run and some gametime. He gathered 18 disposals and seven marks in his SANFL Under 18s debut, after averaging 21.8 disposals, 9.6 marks, and 2.8 goals throughout a dominant Under 16s campaign in 2018.

That kind of versatility, and the potential to truly dominate games by covering the ground and owning the airways makes Baldwin such an exciting prospect. It remains largely untapped, though, and clubs will need to provide the right support to help the youngster get pack to peak fitness while nurturing that positional transition. Still, the likes of Nick Riewoldt and Charlie Curnow measure up at the same height, so with a similar running capacity, Baldwin may well be able to stick to his roots and carve out an equally successful career up forward.

A knock on that kind of progress further afield could also be his speed and agility after two long-term knee injuries, the pace and pressure of AFL level will likely heighten anything lacking in that department. It obviously would have been handy to see him out there to properly gauge his true ability in those areas, and just how much he has improved. But Baldwin could be a surprise packet out of this draft yet, and turn his hard luck story into a feel-good one.

Perhaps the most difficult player to place due to a lack of football over the past two years, Baldwin’s range is quite vast. As mentioned, he could well be a first round talent in this draft, but it would require a steely club to take the punt on securing his services that early. Akin to Port Adelaide snapping up Mitch Georgiades in the first round of last year’s draft with no top-age footy under his belt, a very keen club could select Baldwin late in the first round, but that is increasingly unlikely. Should he slide past his value due to durability concerns and the like, he would be a steal anywhere within the second or third rounds. A likely slider.

@Aceman tell it to us straight, he another john butcher?

Here is one from out of nowhere

Depends on whether we have players on the LTI list or not. I think we had 2, but could add Mozzie and Hurls to the LTI list making it 4.

Is this the first round pick Sheedy spoke of?

Wait… What?! He hasn’t even been training with us has he?

Right. We definitely want 1 for mid season as every chance we have a top 5 pick there

He might be a free shot, if he can be added immediately to the LTI then we maintain the extra list spots still

Any larger range and next they’ll just say national draft

I am into this. He sounds like a serious talent.

Any larger range and next they’ll just say national draft

Which still would have been wrong!

unless the awful are changing the rules overnight then what are doing?

How advanced is he in his knee rehab? Likely to play this year?

Gee… The legend of Dodoro and his fascination with talls just grows. 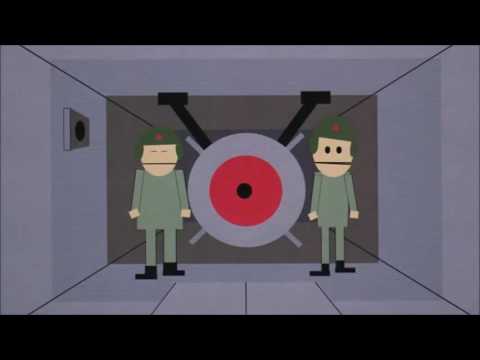