I like the way it ends because the measure of a successful 2016 might best be represented by having a team and club the suspended players want to come back to. 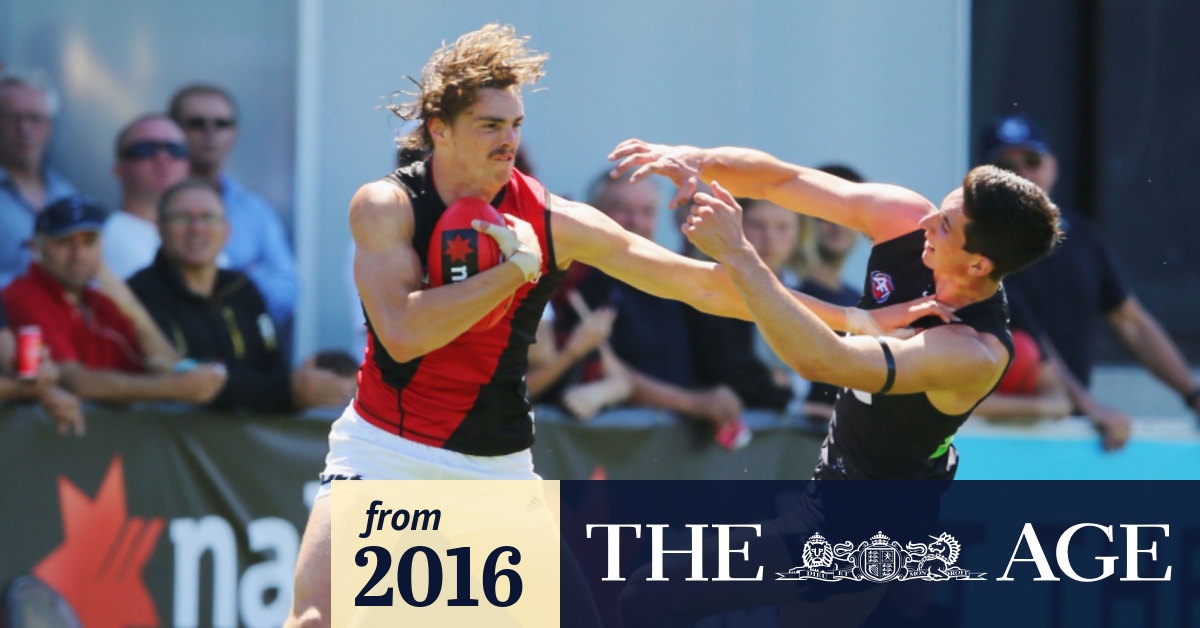 The bright side: what would a 'good' 2016 for Essendon look like?

If what happened to Essendon against West Coast on Sunday is how most game days will unfold in 2016, what good can come of their year?

If what happened to Essendon against West Coast on Sunday is how most game days will unfold in 2016, what good can come of their year? Where lie the potential positives?

The Bombers will endure some frightful beatings. They’ll have to make it through some very long days. It’s hard to remember a team starting a season so significantly off the pace.

But the worst thing they could do would be to wait the season out, rather than finding ways in which to start moving on and making some sort of progress, however they can.

Quarters will help, weeks will help and games will help. With the 10 top-up players having really only just rolled in, it will take some time for the team to play with some level of cohesion.

What sort of form that leads to and how competitive that makes them, we’ll find out. But what they have mustered in the pre-season games should be improved upon.

A happier mood should help, too. Of course everyone at Essendon would rather have the suspended players at the club and in the team, for this all to have never happened.

But it could actually help those left behind that their teammates have had to go away and come to terms with things elsewhere.

The 2016 team is clearly still stuck in some sort of limbo. But the worst part of their purgatory should be over now. The darkest cloud has probably passed.

The Bombers are well aware they’re starting over, which matters. It’s not something they will have to come to sudden terms with eight weeks in, having begun with unrealistic expectations.

The coach knows he will be there next year. The players know that too. John Worsfold will have the chance to fully instil his game plan in the players who are there, to teach them with some patience, to have them ready to go when and if everyone else comes back.

He’ll be working with a young, mostly unscarred group. And to see young players show little glimpses of what they’re capable of is encouraging no matter how well or horribly a team is going.

Essendon drafted well last year, and in 2014. They got talent as well as a few enthusiastic personalities who will want to play, and should play with optimism and confidence.

They’ll get a large taste of senior football, and have time to take in the game plan. The coaches will be forced to take a longer look at who and what they have to work with than they might have. To find three or four members of 2017’s best 22 would be handy, knowing some more well-placed draft picks will be on the way.

That said, a challenge will be to make sure the youngsters don’t get overcooked; it won’t help Darcy Parish or even the older Jayden Laverde or Kyle Langford to be bashed around all year.

The next layer of players should be looking forward to the opportunities that will come their way, too, though the Bombers aren’t actually carrying as many mostly untried mid-rangers as they have in recent seasons, after a significant clean-out last year.

It may be tricky to assess the progress of Joe Daniher and Zach Merrett, given the state of the side around them. But they know they can play, with impact and influence. They might make those assessments easier. Others are more interesting. Marty Gleeson, Jackson Merrett, Jason Ashby have all been around the club for a while now, Orazio Fantasia, too. Shaun Edwards is in year five.

The Bombers will find out much more about their capabilities than they might have; Ashby will miss some time with a knee injury but the others will play much more responsible roles.

In the absence of the suspended 12, it has also been their job to drive the club’s culture for the past few months, to almost reset it. The club would love to uncover a new leader or two. There is no time for them to be passive.

Those players will also have access to new information. They have only played alongside two teammates who knew what it took to play in a premiership: Dustin Fletcher and Paul Chapman.

Now they have four: James Kelly, Mathew Stokes, Jonathan Simpkin and Craig Bird should all have new things to teach them, while Sam Grimley knows how the Hawks do things.

Some of the top-ups – Grimley, Matt Dea, James Polkinghorne, Sam Michael – will want to be around for more than just this season, and will play with that motivation.

Essendon will also find out plenty about Mitch Brown and Michael Hartley, who were drafted for depth and with Cale Hooker and Michael Hurley gone, they will be asked for much more than that.

One or both finding their feet would mean having key defenders in place should Hurley or Hooker, or both, leave at the end of the year. Or not having to go straight back to the draft for new depth.

This will be an interesting year for Brendon Goddard; as captain of a young group that will have some tough days, he’ll have to be new things to his teammates after 15 years in the game.

Mark Baguley has grown steadily as a player, and had already been voted into the leadership group before becoming Goddard’s deputy. He’ll have even more authority, and the chance to become even more confident in his standing.

For David Zaharakis to put together a consistent, assertive season, in difficult times and without a lot of established support some weeks, would be a major plus. It’s a big year for him.

The same goes for Matthew Leuenberger. He has a history of being injured and has already had an interrupted lead-in. But he can get things Essendon struggled to get last year: hit-outs.

Which brings us to what will perhaps be the most important part of the year: the end, as the suspended players start to watch on and contemplate what they want to do and where they want to be when it comes.

Probably the most positive thing Essendon can get out of 2016, as the Bombers take a deep breath and dive into a tough six months, is to make sure the players they want back, do come back.

No injuries and we get the 12 back

Don’t care what the media think of Essendon. I’m backing Woosha in we have some quality young talent and will get more in by end of year. Outside noise from the age, herald sun, sen well it’s irrelevant

A refreshing article. To be honest I’d be happy with glimpses of potential and continued development amongst most of our young players. I have steeled myself to try and ignore the scoreboard and not to get too down during the inevitable thrashings. A couple of wins would be a bonus, but possibly a wishful dream.

I have made my peace with how bad this year will be on the scoreboard. Just going to enjoy watching the kids play and drink beer As much as most of the article is sensible, I’d prefer the use of “may” over “will” in the second sentence.

No one has to expect and accept any “frightful beatings”. They may happen, but it’s not pre-determined. (Pre season beatings don’t count)

How is the shoulder Gazza round one!!

I have made my peace with how bad this year will be on the scoreboard. Just going to enjoy watching the kids play and drink beer

Guess I will have to settle for all Australian team

Guess I will have to settle for all Australian team

sounds good to me

a good 2016 is finding the right blueprint on how to both stop opposition scoring heavily against us on the rebound, as well as offering at the very least a good ability to hit the scoreboard.

restrict the scoring done from rebounds and that’s a win in my eyes. essentially it’s gonna be a long year full of mistakes, esp in the disposal and decision making areas, it’s just the way it is gonna be with so many starting 22 players out.

even in games where we are scored heavily against, if you can stop it happening on slingshot rebounds, again that’s a win.

I don’t think one on one footy even beyond this year is gonna cut it. you need a good mixture of playing styles that work in different scenerios of the game.

this year is gonna be a perfect year to trial new ways of playing.

Never been less excited for a season to start. But c’mon. Let’s do this. The sooner we start the sooner it’s over with.

I just hope we see a few mid tier types step up and that the youngsters have an environment around them and a team around them that doesn’t leave them dispirited or stymie their development as players and as people like we have seen at Melbourne over the last few years.

I want to see the guys we have drafted in the last 3 years or so have every chance to fulfill their natural potential. Because they will need to be the building blocks in us beginning to re-form and develop a nucleus of a team which will take us forward.

Any victory will be cherished.

A victory is not only 4 points this year, it is a few other things for me.

Joe D ripping it up and kicking a bag or two.

Shred taking them on and showing us he can play

Tippa just being their.

Jake Long looking more and more like his Dad.

Zaka continuing the G & D he show shown in the NAB Challenge.

The young guns like Zerrett, Parish, Francis, Laverde and The Langford being BOG, once or twice.

Seeing Hirdy at the Footy with his Family !

That will do for now.

Some sort of Forward line structure

Hooker,Hurly and Hep coming back to play at EFC. And hopefully the rest

The players being found innocent in their case

Young players putting their stamp on the club

Left the ‘Fark’ out of Fark Carlton.