I know it’s a caro article, but, this is actually going to happen: 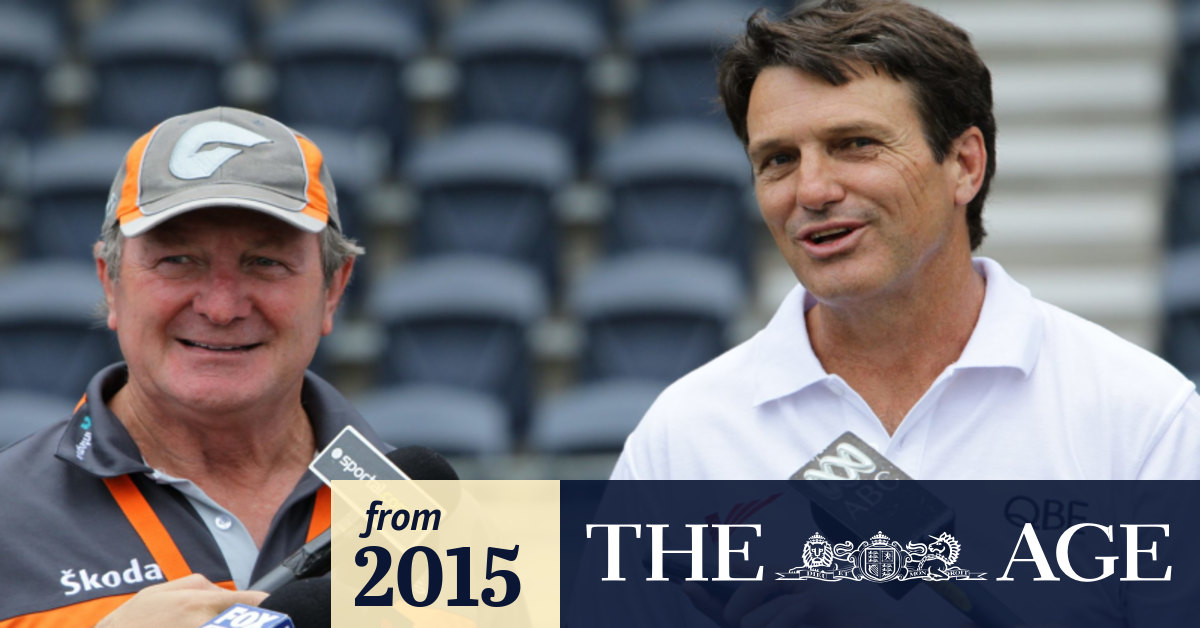 The AFL will radically restructure the development of young football talent across Australia with the creation of club-zoned multicultural and Indigenous academies.

The AFL will radically restructure the development of young football talent across Australia with the creation of club-zoned multicultural and Indigenous academies.

In a move that has been viewed as a precursor to the return of club-branded development zones, the competition is expected to allocate a significant portion of the 2017-2022 broadcast rights money in a bid to attract under-represented talented boys into the game.

The new academies, based upon the successful football factories in the northern markets first pioneered by the Sydney Swans, form a major part of Gillon McLachlan’s master plan to restructure the game at grass roots and lower levels of the competition.

The AFL Commission was to be briefed on the multicultural academy plan this week with a view to a formal proposal in December. It is understood some $30 million could be made available to the 10 Victorian clubs to roll out the project by 2017 as a result of the Bill Kelty-chaired national review into the game.

The move comes as the AFL battles rival sports and notably growing junior soccer numbers coupled with current annual immigration numbers contributing to more than half the population growth. Premiership coaches including Paul Roos and Kevin Sheedy have been vocal in recent years in criticising the development of junior talent. Although clubs would not gain special access to recruit players developed in their specified regions, the AFL is considering incentives such as bonus rookie selections via the draft. The new scheme would work to ensure clubs refrained from “hiding” specific junior talent with the view that successful multicultural development would benefit the entire competition.

The clubs have already been given some sketchy detail regarding their potential zones with the AFL review team mindful of the inevitable friction the allocations will create between some clubs.

Under the preliminary “back to the future” proposal Collingwood would work to develop multicultural talent in their traditional Diamond Valley zone, including areas such as Templestowe and Greensborough. Carlton are expected to work across Melbourne’s northern corridor and potentially including Indigenous talent in the Jacana region, which has become a strong focus of the AFL.

While the AFL is recruiting a strong proportion of Indigenous players through the draft it still struggles to develop Victorian Aboriginal footballers from Victoria. The first focus of the club-aligned academies will be upon under-represented multicultural athletes although the national review into the game has recognised that the Victorian under-18 competition is not sufficiently developing teenaged talent.

Under preliminary AFL proposals Hawthorn have been earmarked the Eastern Ranges TAC Cup area along with a potential zone in Gippsland. St Kilda are expected to develop talent in a region ranging from the Dandenongs to the Mornington Peninsula.

Current planning places Essendon’s zone across their traditional markets including Keilor and Strathmore while the Hawks also remain keen to create a development academy in Tasmania where draft numbers have continued to fall over the past two decades.

The clubs were first told of the multicultural academy proposal in June with McLachlan at the August AFL strategy talks urging clubs to to support the proposal along with the planned national women’s competition to be launched in 2017. The AFL proposal could see all the Victorian clubs aligned to TAC teams within five years. Several clubs confirmed to Fairfax Media that their proposed academies would also involve junior female talent with Carlton, Melbourne and the Western Bulldogs earmarked to create aligned women’s AFL sides.

The push for academies comes in recognition that the clubs remain best-placed to develop and attract new talent into the game. With draft numbers also dwindling in the Northern Territory it remained unclear which clubs would be aligned to Australia’s northern region with Melbourne linked to an academy there in the early planning.

The clubs’ chief concerns centred around academy funding, the influence the various club zones would have upon the equalisation measures and whether any club-sourced funding would be included in future so-called “soft” football department spending caps.

While head office will fund the establishment of the academies, the clubs would continue to boost the push to attract new talent into the game via their development coaches.The national review into the game, announced by McLachlan before the start of the 2015 season, has been run by football boss Mark Evans and fellow executives Simon Lethlean and Travis Auld.

Only a matter of time until this gets corrupted. We dont need multicultural zones. That is garbage. Indigenous Zones in actual outback communities I fully support.

Prolly cos Caro has heard about 1/10th of an actual real proposal being spitballed, and the other 90% is what's in her cauldron atm.

So is it a multicultural zone or an academy? Its a very confusing article.

Prolly cos Caro has heard about 1/10th of an actual real proposal being spitballed, and the other 90% is what’s in her cauldron atm.

Prolly cos Caro has heard about 1/10th of an actual real proposal being spitballed, and the other 90% is what's in her cauldron atm.

“Nose of Turk and Tartar’s lips”

Sounds to me like “busy work.” The AFL have to be seen to be doing something to justify more staff than there are players. So they work on these ideas for a year or two, bring them in then work on changing them for a few years.
I know I sound cynical but what’s the point? How is this going to develop any more junior multicultural talent than what the clubs are already doing?
“Look at me I’m doing something!” Says Gil.

Way back when I played junior footy, we were in Carltons zone.

Dissapointing to say the least

My understanding is that all of the clubs are to have areas to develop – but only a few (e.g. Sydney) will have recruiting priority for those areas.

so it really doesn’t have anything to do with multiculturalism?

Although clubs would not gain special access to recruit players developed in their specified regions,

As long as we get the Tiwi islands and a pre selected rookie list spots all will be good.