In a spin-off from the original thread, this one is for your favourite Australian albums ever (I think we can include our NZ friends as well).

I have taken the easy way out and listed mine in alphabetical order but the choice is yours. I have also limited myself to one album per artist but again that’s your call.

Many fine albums have sadly been left out and I could do another ten easily.

I’m probably forgetting that some bands are Aussie and they don’t jump to mind.

Anyway, ‘favourite’ rather than ‘best,’ and no particular order.

Regurgitator - Unit
Grinspoon - Guide to Better living
Spiderbait - The Unfinished Spanish Galleon of Finley lake.
Frenzal Rhomb - Not so Tough Now
The Temper Trap - Conditions.
INXS - Kick
Front End Loader - How Can we fail when we’re so sincere
Empire of the sun - Walking on a dream.
Powderfinger - Internationalist
Butterfingers - The Deeper You Dig.

Again, could change depending on the day or how long I think about it.

Noice!! That one was short-listed… Didn’t ended-up going with it because - while I do like the album - the title track and Mancini Shuffle are head-and-shoulders above everything else on it. And points off for not including C.I.A (the other side of the double A-sided 7" with Mancini Shuffle) on it…

In no particular order

Frenzal Rhomb - A Mans Not a Camel

I was thinking that as I put my list together

Peter Coombe or the Wiggles.

I’m a “newspaper mama” myself.

Peter Coombe or the Wiggles.

I’m a “newspaper mama” myself.

I actually saw Peter Coombe in Northcote maybe 15 years ago. Went with friends my age who were all over him growing up. I must have missed that boat in my childhood. We were the younger end of the age range there.

So growing up → neither.
Now I have a little one, Wiggles

Every thread needs updating but here’s my contribution from 2016’s “Your Top Ten Favourite Australian Albums if you were stuck on a desert island.”

While I’m not quite so delusional as to believe anyone’s interested, I did enjoy putting this together. Anyway, with the usual “I’d change it tomorrow” proviso, here goes. No order

Mark Simmond’s Freeboppers : Fire
THE cult Oz Jazz album. A belligerent and arrogant Sydney jazz fascist once pointed into my face and told me that the double CD “Fire” was “the best piece of Australian music EVER. Full ■■■■■■■ STOP.” I scoffed and kept arguing but later I bought the album and now I doubt I’d even blink. Simmonds burnt brightly but too briefly and then disappeared and no-one seems to know where he is anymore. 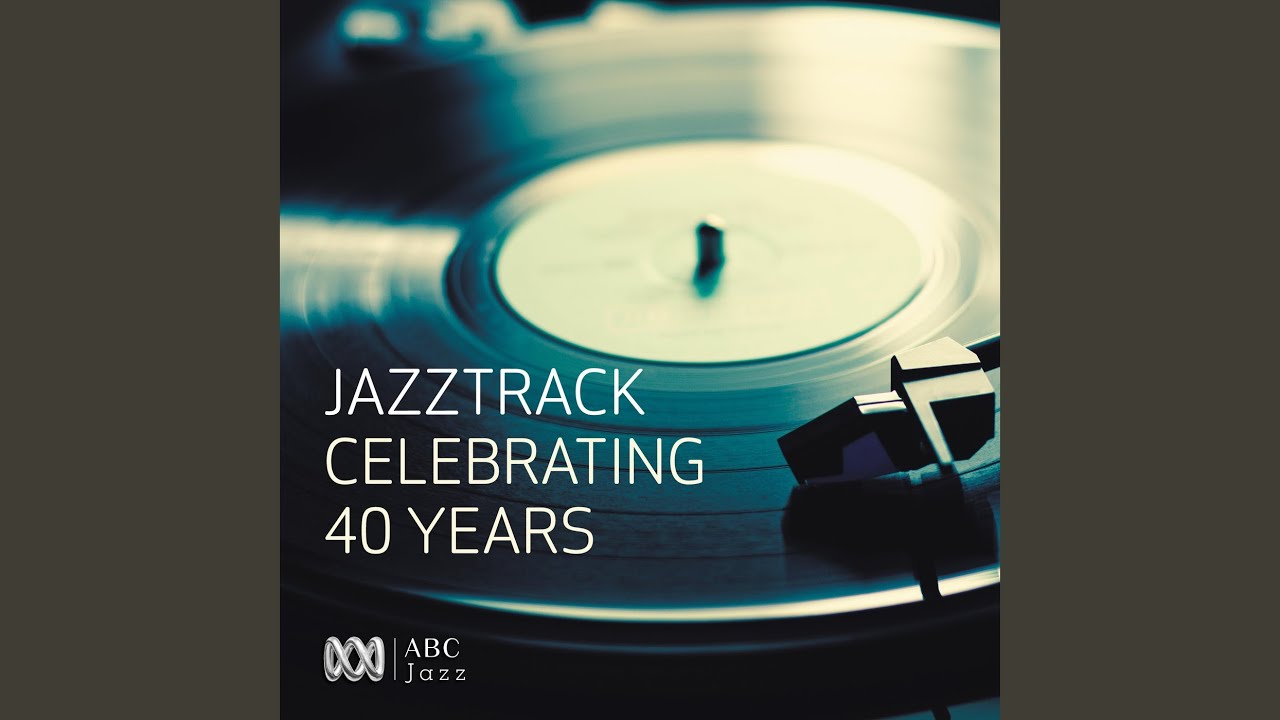 Blackbird featuring Martin Breeze: Last Man On Earth.
Martin Breeze is a Melbourne based singer songwriter who tried to break into the commercial market with this terrific album. “Schoolgirls and Angels” is the can’t miss single that couldn’t fail but did, and I still can’t see why. The only place I can find this album is my cd stack but his very good 2008 ABC album is on Spotify. Last I heard he’d given it away.
Joe Chindamo: The Joy of Standards.
The only Oz album to top the Japanese jazz charts. Swinging and yet with exquisite touch.

When I Fall In Love / Joe Chindamo Trio

Colin Hopkins: Still
Hopkins is a Melbourne based architect and potter whose forays into music are too rare for my liking. Sort of the closest thing we have to Jarrett, without the public tantrums. A solo piano album of gorgeous melodies full of flair and aching loneliness. This isn’t on the album but it’s representative of his style. 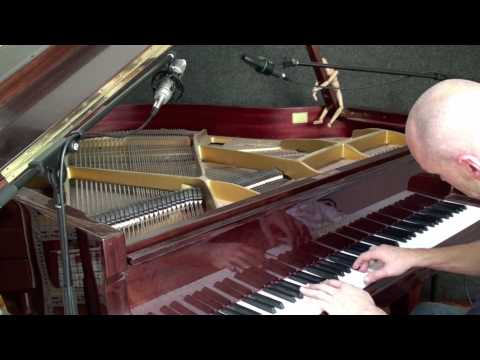 Michelle Nicole: The Crying Game
The popiest album from a great Melbourne based singer and I especially love her take on the Simple Minds song “Don’t You Forget About Me”, a song I’d never previously liked. 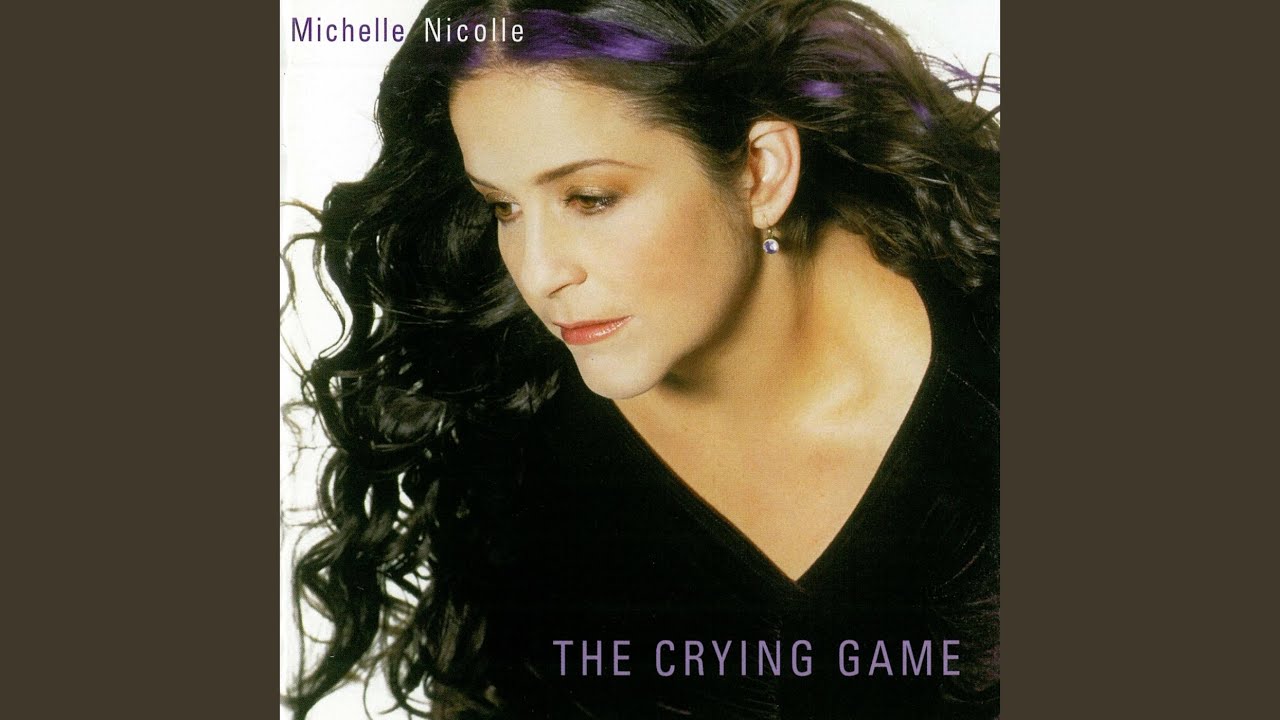 The Necks: Athenaeum, Homebush, Quay and Raab
Four sides of the closest thing modern Oz jazz has to a supergroup. The epitome of collective hypnotic creativity. Not surprising they’ve got a following in Germany because at times it’s almost “Krautrock”. 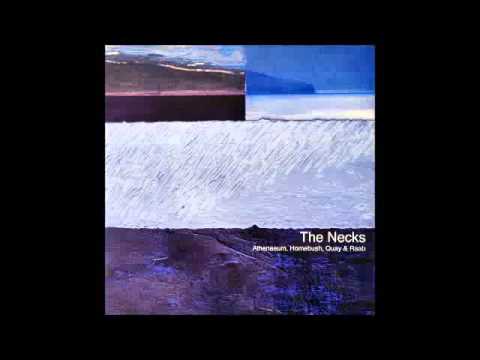 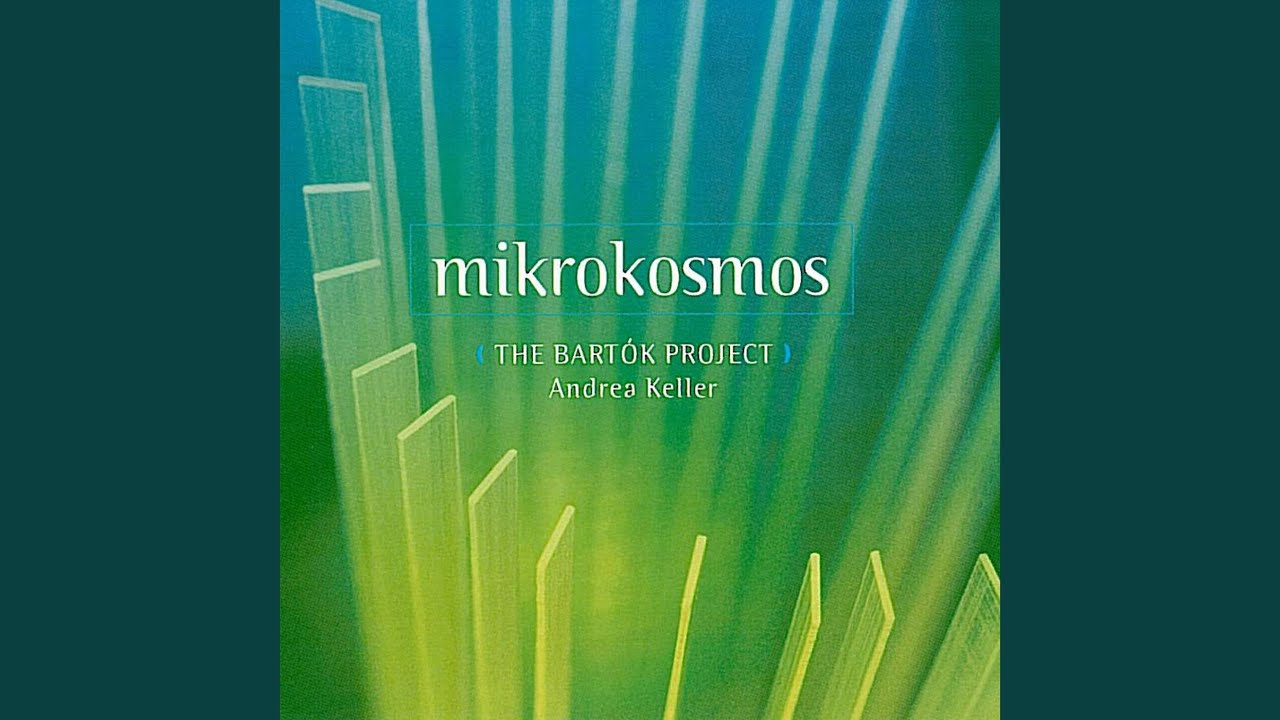 Jonathan Zwartz: The Sea
I can’t count how often “Epic” has got me through tough work days. The sort of music Bach would be writing if he was alive. The best selling Oz jazz album of recent times and for good reason. 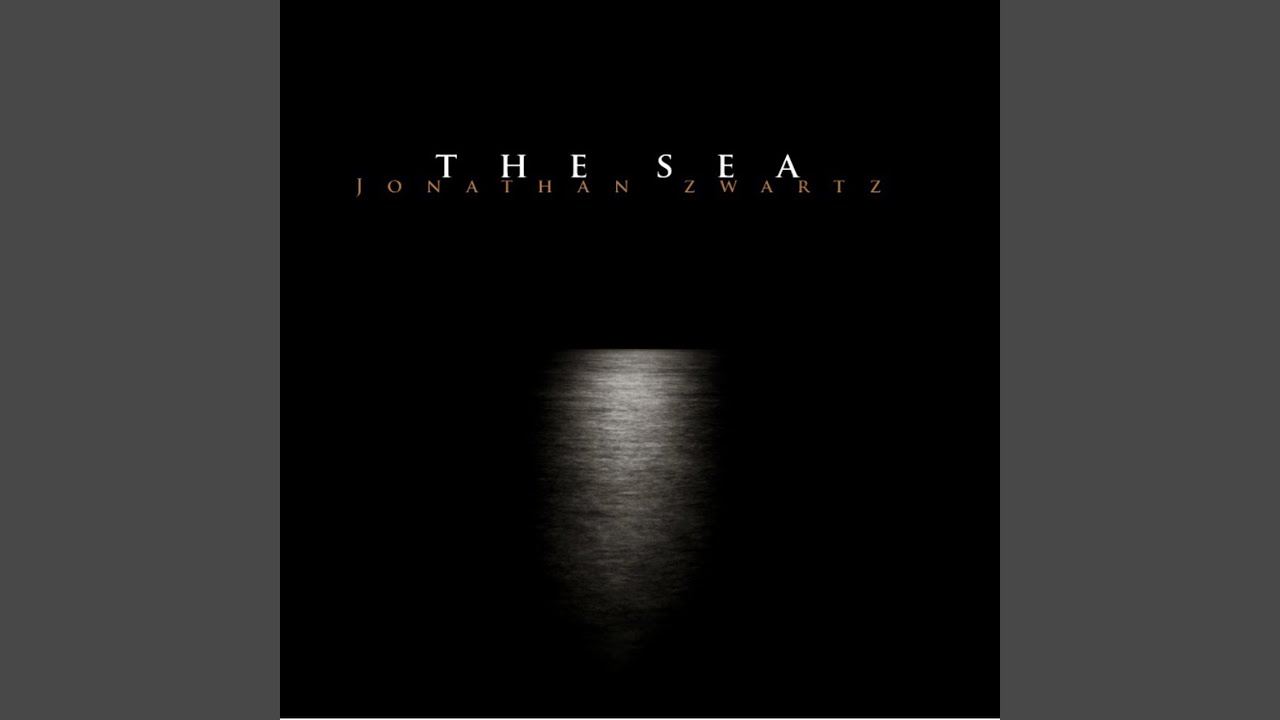 Alister Spence Trio: Mercury
Spence writes great music and is backed by one of the great rhythm sections in Lloyd Swanton(The Necks) and Toby Hall. A brilliant live band too. Skip the intro below and go straight to the song at 4.20. 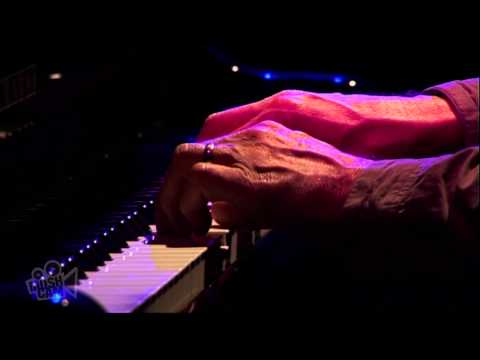 Bernie McGann: Bundeena
Like many others I miss Bernie so much. Spent much of his life delivering mail, Bundeena was his round, and being shunned by the jazz establishment before being feted and canonised for the genius he really was late in his life. Paul Grabowsky aptly described his sound as resembling the call of a kookaburra. Maybe our greatest muso. 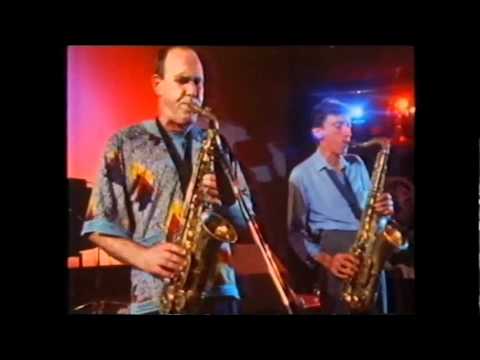 Mark Isaacs Resurgence Band
Isaacs is an ambitious composer with a technique to die for and here he surrounds himself with the cream of Sydney’s musos. Complex, collaborative and inspired music. 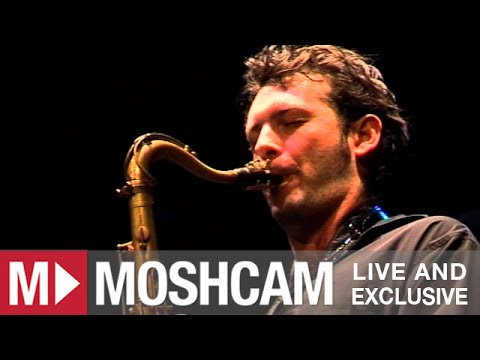 Ted Vining Trio: Number One
Australia’s greatest ever trio, just can’t leave these old stagers out. They swing like there’s no tomorrow. 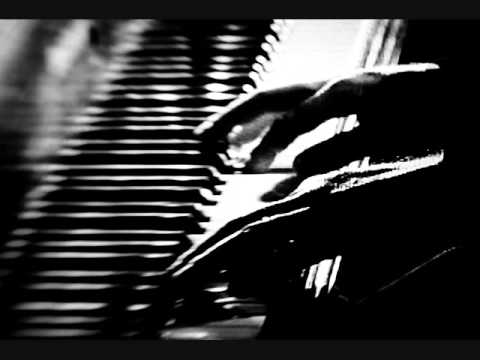 Mike Nock Trio: Changing Seasons.
Technically 2 of the 3, including the leader, are Sheepshaggers but they’ve worked here so long it doesn’t matter. I couldn’t go to a desert island without Nock and it’s a tough choice but I’ll take this.

PS Like so much else in life the links no longer work BUT if you bring up the original thread they’re still firing.

*could have put a couple more Oils albums in there.

Prob could’ve added three You Am I albums but tried to keep it to one album per band.