Welcome Koby at Pick 42. Was highly rated a year ago. GWS academy player who they passed on. Good get!

Get a haircut, son.

Happy to know you barracked for the Bombers growing up and now your dream has become a reality. Just one thread please - 2 is a bit mutch.

Consistency of performance is a trait many under-age footballers sometimes struggle to find, but Bendigo Pioneers midfielder Kobe Mutch had no such problems in 2016.

The 187cm Gol Gol, NSW product is a member of the GWS Academy and represented the AFL Academy in exhibition games, Bendigo in the TAC Cup and NSW/ACT Rams and Allies representative teams at various times during the year, but rarely dropped his level of hard-nosed play.

Mutch averaged 34 disposals and seven marks per game in four TAC Cup home-and-away matches and also earned selection on the interchange in the U18 All Australian team after averaging 22 disposals per game in four matches for the Allies in Division 1 of the NAB AFL U18 Championships.

How have you been selling yourself as a footballer to AFL clubs in interviews at the Combine?

“I think my knowledge on footy is pretty high. I try to back my instinct in footy knowledge and show that I know a lot about the game.”

What is the strangest question you’ve been asked by an AFL club?

What parts of your game do you know you’d need to work on if you were drafted?

“The scrutiny around AFL is pretty high. Going into an AFL environment where you’re always scrutinised about every single thing you do, that’d be pretty tough I reckon.”

Which AFL players do you particularly like to watch and model your game on?

“I don’t model my game on anyone, but I like watching the best midfielders of every team and learning different parts of their game. I watch (Sydney’s) Dan Hannebery a fair bit – I like his work rate and his gut-run.”

How do you think your year turned out relative to your pre-season expectations?

“I was pretty happy with my season; I thought it was pretty consistent. Unfortunately as a team – for the Allies and Bendigo Pioneers – we didn’t get the success that we would have liked.”

Describe what it was like playing for the Allies against some of your Bendigo teammates who were representing Vic Country in Division 1 of the U18 Championships.

“Playing against Joe Atley, Cooper Jones and Braidon Blake was different, because you train with them all throughout the year and do a pre-season with them, but once you’re out there I guess you’re just focused on winning the footy and winning the game. Me and Cooper had a bit of banter, but not too much.”

Describe your experience as part of the GWS Academy so far.

“I was lucky enough in the (2016) pre-season to spend two weeks there (at GWS) and train in their facilities with the AFL players and get a lot of knowledge out of their coaches and assistant coaches. Also, I was lucky enough to spend a week there during the year seeing how they prepared for a game against Collingwood.”

What do you think was your best performance of the year individually?

“When I played for NSW/ACT in the Division 2 U18 Championships against Queensland, we won the game and I thought I had a pretty big impact (32 disposals, six inside-50s, four clearances, four tackles).”

Talk about why you think your teammates at the Combine are so highly rated.

If you weren’t possibly going to become a full-time footballer, what would you be doing in life in the next few years?

“I honestly don’t know. Maybe getting into a real-estate course, but I’m just focused on footy at the moment.”

Who’s your tip for the no.1 NAB AFL Draft pick?

“I think it’s hard to go past (North Ballarat’s) Hugh McCluggage. He’s probably the stand-out and he’s had a very good year.”

Mutch ado about nothing.

I like. Tall inside mid. Perfect replacement for
Jobe in 3 years. 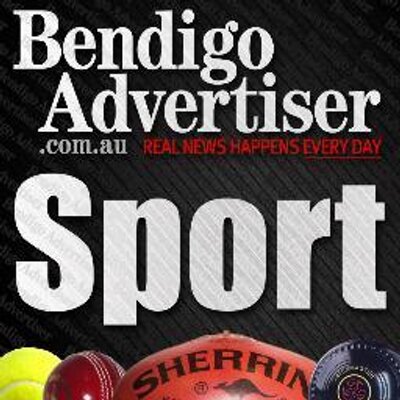 Kobe and Jordan…We’ll finally see who is better.

Seems like a pretty good pick but also, be honest, you wouldn’t be shocked to see that face as a police sketch in a missing backpacker case.