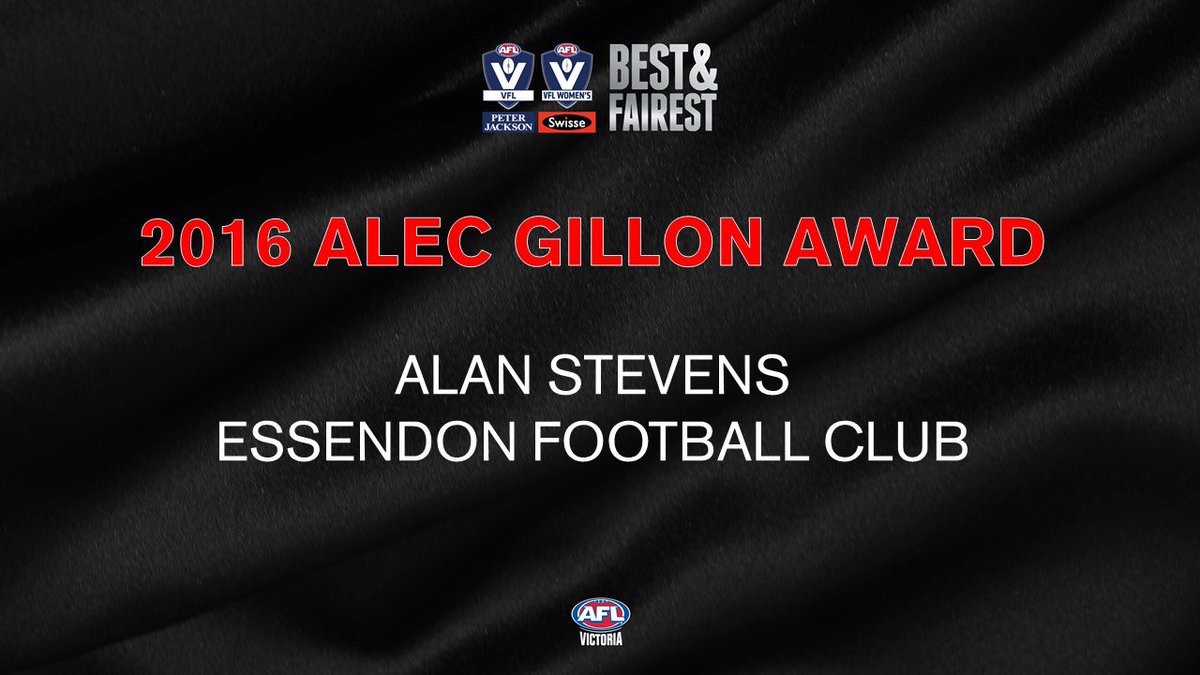 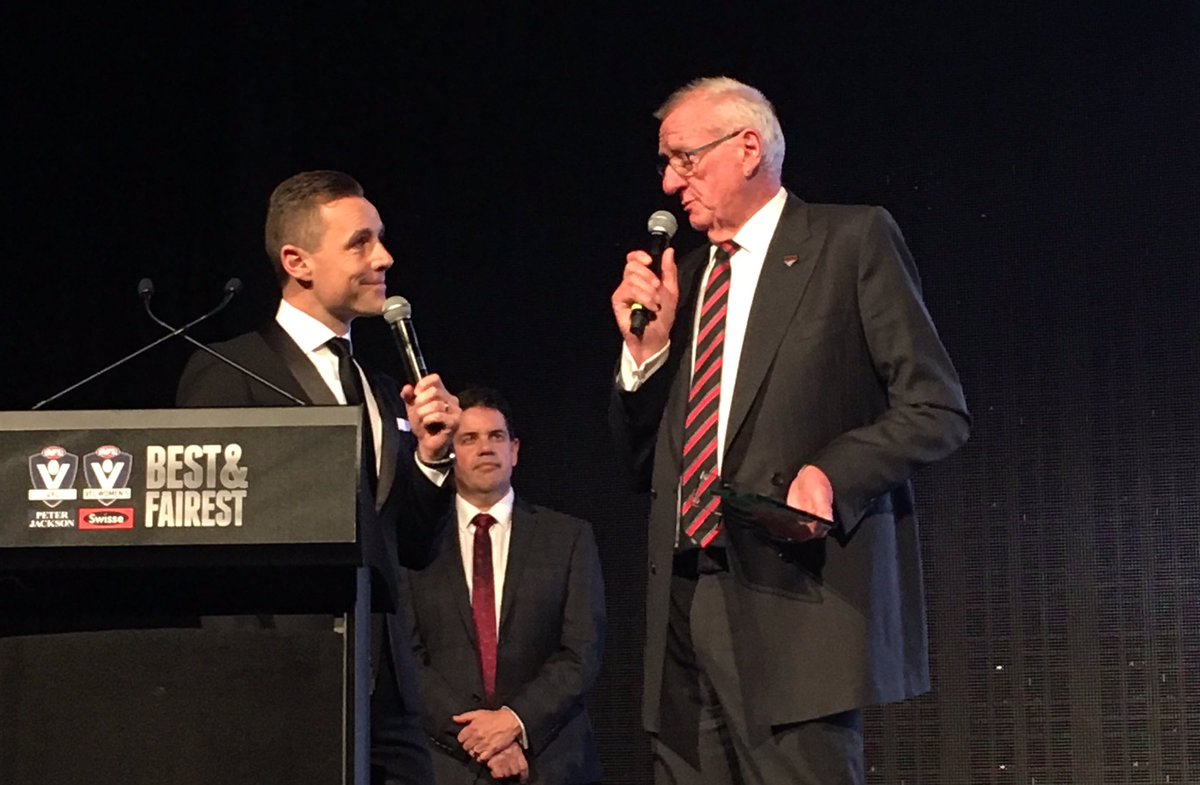 If you’ve been to a VFL game in who-knows-how-many-years, you know who this is.

Been with the club in various roles for 50 years. 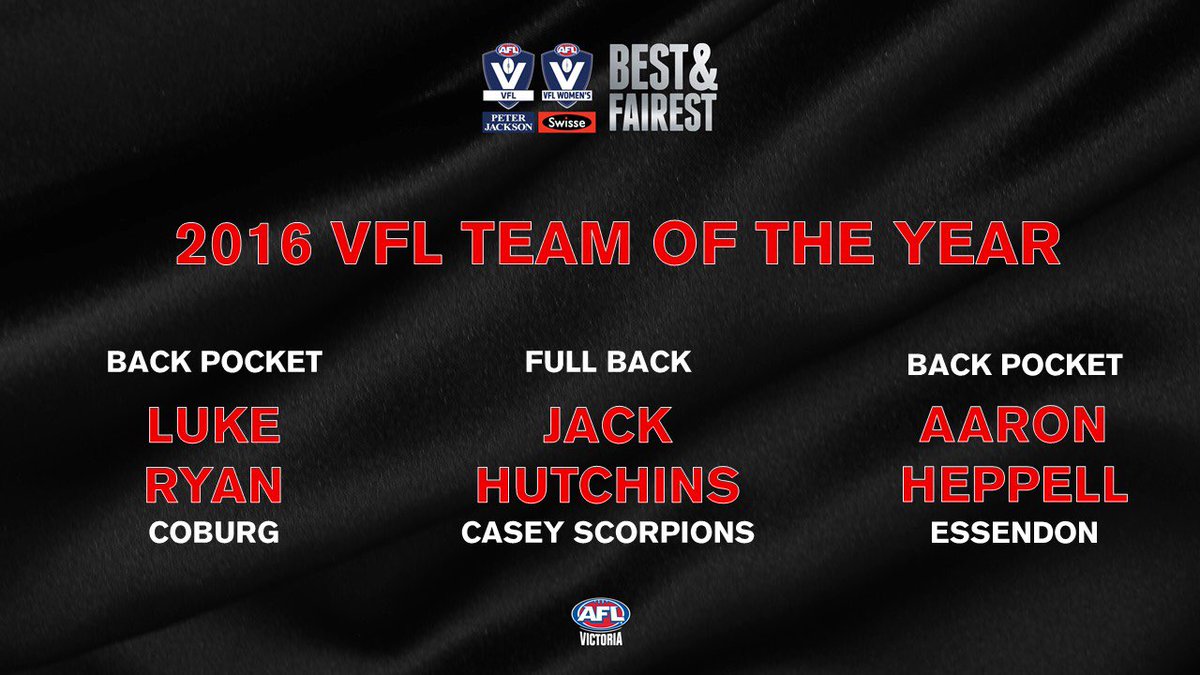 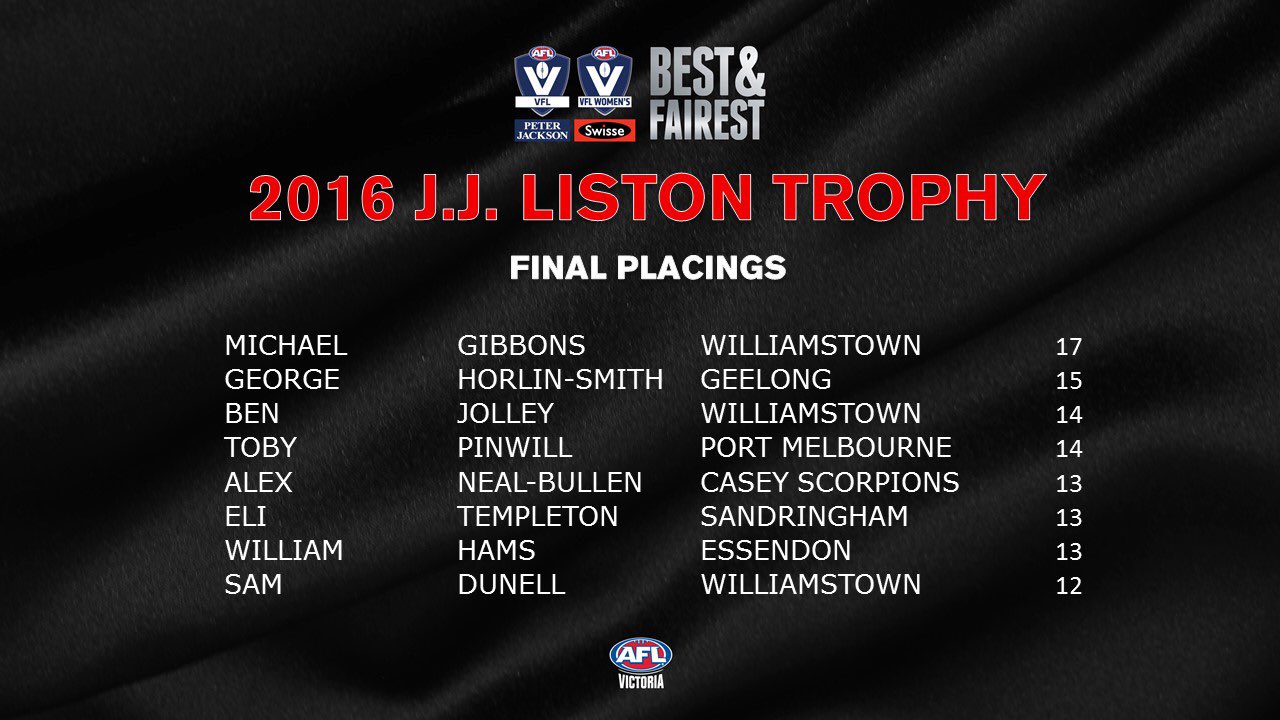 Wow… Hams would have surely had a good crack at it had he played 7 more vfl matches. Pretty special kid.

Wow... Hams would have surely had a good crack at it had he played 7 more vfl matches. Extremely special kid.

Fixed. If he can’t get the 40th place on our senior list for 2017 then we should start favourites for the AFL 2017 Premiership!!

In the interests of transparency, Horlin-Smith was 1.25.

The best of the rest shown there was at 0.87; I note McKernan topped that with 9 votes from 9 games.

Wow... Hams would have surely had a good crack at it had he played 7 more vfl matches. Extremely special kid.

Fixed. If he can’t get the 40th place on our senior list for 2017 then we should start favourites for the AFL 2017 Premiership!!

If he can’t get the 44th place prepare for a premiership trifecta.

If AJ Styles can be World Heavyweight Champion… There aren’t too many people involved at the Essendon Football Club that were there in the pre-Sheedy era, but Alan Stevens is one.

Stevens has been working with the club now for 50 years after starting as an assistant time keeper for the Bombers reserves back in 1966.

Now acting as the Essendon VFL match day manager, Stevens’ was presented with the Alec Gillon Award at the VFL’s J.J Liston Awards at Crown Palladium on Monday.

The award is presented in recognition of honorary club officials who have provided outstanding service to their club or football in general.

Stevens said a love of football and for the Bombers was in his blood.

“My father Ron was time keeper at Essendon and had started in 1940, I just tagged along as a young kid to go to the football and then there was a vacancy in the reserves for an assistant time keeper,” he said.

He stayed in that role until the mid 1970’s before taking on the Under 19’s for two years before returning to the reserves until the late 1980’s and then becoming the deputy time keeping under his father in the seniors.

“That lasted up until his illness in the mid 90’s and I took over as senior time keeper until 1999 when the AFL in their infinite wisdom decided to pay a panel of time keepers,” Stevens said.

“The old man in that period in the early 2000’s said why don’t we sue the AFL for back pay, it was one of his classic lines.”

In 2000, as well as being a doorman for the AFL team, Stevens was involved with the reserves coaching panel as a match commentary writer for Terry Daniher and Mark Harvey.

He did that for two years until the Bendigo Bombers alliance was set up, briefly filling the same role at Bendigo before taking over as match day manager.

He has been in the same role with the Essendon VFL team since its re-establishment in 2013.

There have been countless highlights across the five decades of service.

“The highlights are some of the premierships you have been involved in with the seconds and the seniors,” he said.

“Seeing the young blokes through the 80’s and 90’s and the Baby Bombers coming through was great. Mercuri, Misiti, Salmon and Alessio, those sort of guys coming up through the under 19’s, seconds and then into the seniors to success in 1993.

“From my point of view meeting the player’s parents and wives and becoming friends with them is fantastic, they are the backbone of the players.”

Having been around for so long and watching countless matches of reserves football, Stevens is a good judge of the bright future that is ahead of Essendon.

“I’m very impressed with all the young kids; there isn’t a bad one amongst us,” he said.

“That’s one thing about Essendon, you see it in other clubs with a bit of a rogue element gets them in trouble every now and then, with us we don’t see it.

“They’re all of good characters with the ability to play football.”

Stevens shared the event on Monday night with his partner Cheryle, but also his niece Nicola Stevens who was named full back of the inaugural VFL Women’s Team of the Year.

“That was a pleasure and a very emotional moment on Monday night, I don’t think she expected it,” Stevens said.

“To be full back of the year in a blossoming era of women’s football was exceptional. She’s the only talented Stevens in football.”

As proud as he was to receive his award, Stevens said it has never been his motivation.

“To receive the Alec Gillon Award is a recognition for being involved in something you love doing. You don’t do it for awards; you do it to help out,” he said.

“I’d like to thank the Essendon Football Club for the original opportunity, they let me hang around the old man for a start and it’s come to this point.

“I’ve got another 10 years to beat the old man so fingers crossed I can get there.”

Actually it is Friday 7th October.

Actually it is Friday 7th October.

Ooops! I thought the Friday was the 8th!! Thanks! Aaron Heppell has capped off a brilliant year by winning the R.A Freeman Medal as the Essendon VFL’s best and fairest player on Friday night.

Aaron Heppell has capped off a brilliant year by winning the R.A Freeman Medal as the Essendon VFL’s best and fairest player on Friday night.

Heppell led the count from start to finish to runaway with the win from captain Daniel Coghlan and vice-captain Ben McNiece.

After just six matches in 2015, Heppell took his game to a new level throughout the season and was the only Bomber to play all 20 games.

The 21 year-old played a key role in the Bombers defence earlier in the season, before being unleashed and becoming a vital member of the midfield in the back end of the season.

Heppell averaged 20.15 disposals over the season, but pushed that to 23.8 from rounds 18 through to the semi-final when he moved to the midfield.

He kicked three goals across the season, but saved many more with some memorable goal line smoothers among the Bombers most electrifying moments of the season.

“I was rapt with his season, just to be able to play really solid footy down back and beat his direct opponent every single week and save us goals consistently, but also start to create some attacking opportunities for us,” Egan said.

“He started to use the ball a lot better and was willing to join in.

“I love how he backs himself, when the ball is in the air he just goes and he’s not even sure about his opponent at times which is great and what we want to see.”

It was a busy night for Heppell who was also handed the Jack Feain Award as the best clubman as voted by the players, coaches and VFL staff highlighting the regard he is held by those around the club.

Heppell was the only Bomber named in the VFL team of the year in the back pocket.

All four of the Essendon coaches ranks each players performance from zero to five. The maximum votes a player can receive per round is 20.
1- Aaron HEPPELL (296 votes) Holmes cemented himself in the Bombers best 22 in the back half of the season and in the process won himself a lot of fans with his ruthless style of play.

After debuting against Richmond in round nine, Holmes missed just one game with injury for the remainder of the season and played a variety of roles through the midfield and in the forward half.

The shoulder injury which forced him to miss that one game came from one of his trademark courageous passages of play.

Recruited from Gippsland Power, the 19 year-old averaged 17.5 disposals and kicked 10 goals in 2016.

“Seeing him develop over the year, he wasn’t getting much opportunity early and going back to Keilor he was taught well by Mick McGuane,” Egan said.

“He wasn’t happy about that but it was all part of his learning, he earned his way into the team and by the end of the year he was in our best 22.

“He has shown he can learn and develop and play a lot of roles, he played wing, inside mid and forward and did them all really well.”

Daniel Coghlan finished second in the best and fairest count for the R.A Freeman Medal.

The Bombers skipper averaged 19.2 disposals and has been an ultra consistent performer finishing runner-up for the second year in a row after a third place finish in 2014.

Coghlan played 19 of the Bombers 20 games, missing round eight against Richmond when he represented the VFL against the SANFL in Adelaide.

Essendon’s vice-captain Ben McNiece rounded out the top three in the best and fairest voting.

The defender played 16 games throughout the year, averaging 16 disposals whilst often keeping the opposition’s most dangerous forward in check.

In other awards, Shaun McKernan’s 18 goals was enough to secure him the leading goal kicker’s trophy.

The Stevens family Most Valuable Staff Member award went to Wayne Wunhym who works in property.